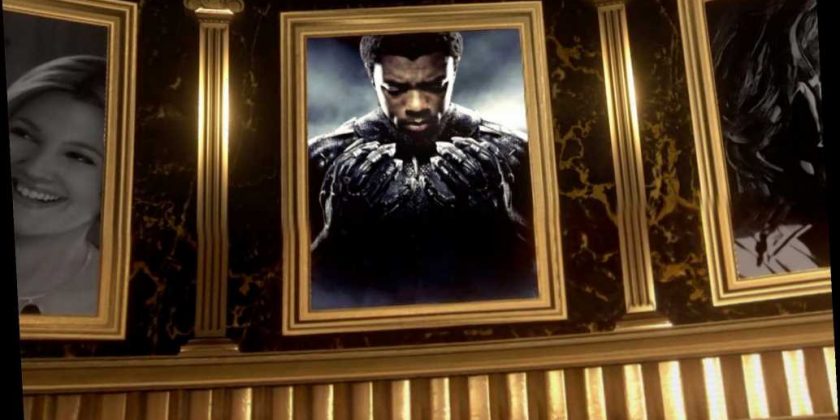 Will ‘Black Panther 2’ use a digital Chadwick Boseman?

Chadwick Boseman was commemorated at the MTV Movie & TV Awards on Sunday with the Hero Of The Ages honor.

The “Black Panther” star was described as “special” and “heroic” by his Marvel costars Robert Downey Jr and Don Cheadle in an emotional message delivered four months after he died of colon cancer aged 43.

The award recognizes stars who are heroes both on and off screen.

Robert and Don appeared on large screens at the virtual ceremony to honor their friend.

“The second you first saw him onscreen or had the opportunity to meet him in person, his energy and intensity was undeniable,” Robert said.

“There was something different and special about Chadwick Boseman. Mr. Boseman truly embodied what it meant to be a superhero.”

The “Iron Man” actor went on: “His impact as a groundbreaking leading man, as an icon onscreen … it won’t be quantified by the box office records he broke but by the legion of fans who will celebrate him for many years to come.

“He was the most heroic when just being Chad. That’s when he was bigger than anyone he played onscreen.”

Don added: “With every role he created a new legion of fans. He has an incredible power to unify people.

“The way he lived his life united people behind a higher purpose – and that will be his legacy.”

The MTV Movie & TV Awards were hosted by Vanessa Hudgens this year and celebrated the best moments in film and television from the 80s until now.

Chadwick was diagnosed with stage-three cancer in 2016, and secretly had “countless surgeries and chemotherapy.”

The “21 Bridges” star died at his home in Los Angeles on August 28.

His widow Simone Ledward is now the administrator of his estate. He was buried on September 3 at Welfare Baptist Church Cemetery in Belton, South Carolina, 10 miles from his hometown of Anderson.

Since his death, news of Chadwick’s kind gestures towards terminally ill children have emerged.

Back in September, Black Panther producer Nate Moore revealed their final texts had been about organizing gifts for a sick young boy from his Marvel character, T’Challa.

Nate claimed Chadwick said to him: “It broke me, man. But we need to do that for them [the children]. People deserve abundant life, special moments.

“They’ve been through hell battling disease. If we were able to ease their suffering and bring joy for a moment, and hopefully moments he goes through the bags, then we made a difference in his life.”

In a resurfaced clip on 2018, Boseman was seen breaking down and crying when speaking about two kids with terminal cancer.

He said that the boys had been “holding on” until “Black Panther” had come out – however they didn’t make it.

Now it’s understood that at the time of the clip, Boseman himself had been diagnosed with cancer.

A slew of stars honored the Marvel star on what would have been his 44th birthday last month.