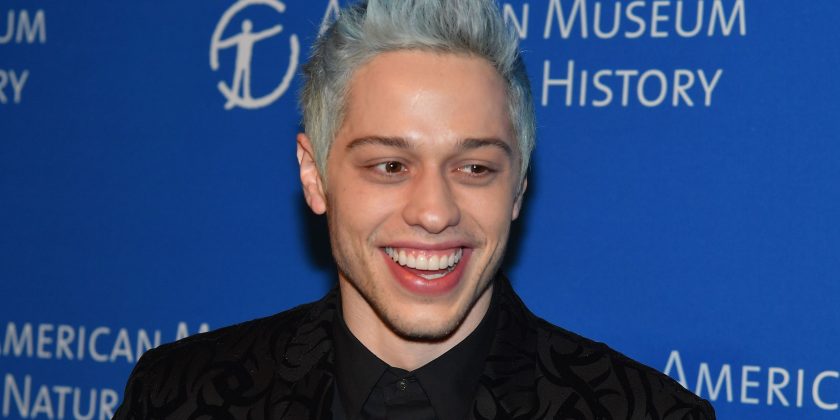 Pete Davidson, who was in hot water over a joke about Navy SEAL Dan Crenshaw's eye patch, got a chance for in-person redemption on SNL.
USA TODAY

After a roller-coaster year, Pete Davidson is opening up about his mental health.

“i really don’t want to be on this earth anymore,” the since-deleted post read. “i’m doing my best to stay here for you but i actually don’t know how much longer i can last. all i’ve ever tried to do was help people. just remember i told you so”

His statement comes after a previous post, where he praised Kanye West for speaking out about his own mental health.

“Bravo Kanye West for standing up for yourself and speaking out against mental health,” Davidson wrote in another deleted post. “I can’t explain to you enough how difficult and scary it is to be honest about stuff like this. We need people like Kanye.”

Davidson, 25, who is expected to star on Saturday night’s episode of “SNL,” has been has been open about his mental health in the past. In September, the comedian opened up about his borderline personality disorder in an interview with Howard Stern, describing it as “everything feeling so extreme.”

“I LOVE YOU SO MUCH!!! YOUR VOICE IS NEEDED. YOUR LIFE MATTERS!!!!!! YOU MATTER BABY!!!!!!! I love you and I SEE SO MUCH LOVE IN YOU!!!!” her comment read. “Your light is bright even if you don’t see it at times….. WE DO and by looking at a lot of these comments YOU LIGHT UP ALOT OF PPL and we are sending you all the love you put into the world. YOU MATTER!! YOU ARE NEEDED!! I LOVE YOU”

In a series of tweets, Minaj also encouraged her followers to give Davidson love and talked about mental health.

“Go & give this man some love. My God” she tweeted. “We can be so insensitive. God bless Kanye & Pete. Being flippant about mental illness speaks more about you than them. Stop saying the word love & live it. Love is an action.”

We can be so insensitive. God bless Kanye & Pete. Being flippant about mental illness speaks more about you than them. Stop saying the word love & live it. Love is an action.

USA TODAY has reached out the Davidson’s rep for comment.

Suicide Lifeline: If you or someone you know may be struggling with suicidal thoughts, you can call the U.S. National Suicide Prevention Lifeline at 800-273-TALK (8255) any time of day or night or chat online.