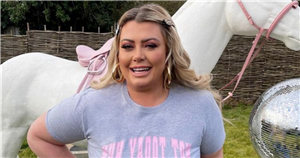 We all feel influenced to look a certain way and the rise of social media and photo editing tools only increases this desire for perfection.

Now imagine you have over a million followers watching your every move… the constant gaze of the public eye would be an immense pressure.

Famous or not, in today’s world fillers, implants and incisions are commonplace, but recently some celebrities are having some of there plastic surgeries undone.

Could this be the start of a backlash, and could the natural look be back?

Love Island star Molly Mae recently got her lip filler dissolved, but before the procedure she told fans: "Do you notice how unnatural, see how much filler, they feel really hard. It’s just time they went!"

She explained that she had a total of 5ml of lip filler, and the last time she had them topped up was a year ago.

On her Youtube account after the procedure the 21 year old revealed that a "record level amount" of dissolver was used. Speaking of the result she said: "Best decision I’ve made in a long time getting my lips dissolved. I’ve been putting it off for so long."

She then added: "I’ve made so many mistakes when it comes to filler on my face, slowly, I’m starting to reverse it all. Look how small [her lips] look. Next is to sort teeth out!"

The youngest of the Kardashian sisters has made an absolute fortune from her firm pout. In fact she is actually credited by many for popularising lip fillers, especially with the younger generation.

Her lip kits, sold through her company Kylie Cosmetics, have played a huge part in her now being one of the richest women on planet earth. However, there is a dark side to it all.

In 2015 an viral internet challenge spread like wildfire across the web. It was called the Kylie Jenner Lip Challenge and young teens and Kylie fans were inserting their mouths into jars, cups or caps in order to create a vacuum and cause their lips to swell. It was dangerous because blood vessels would break and cause permanent damage.

The announcement that she had removed her filler came from Kylie herself. The mother of one responded to a fan commenting that she looked like the “old Kylie” in an Instagram pic. She said: “I got rid of all my filler.”

Megan has used a lot of lip filler in the past. In an interview with Fabulous Magazine the star said: “I spent three years pumping it in, pumping it in, thinking: ‘They’re not big enough, let’s get some more.’ I became obsessed with my lips. I’d take a photo of myself and if I didn’t think they looked big enough I’d make them bigger with an editing app.

“Honestly I think I had body dysmorphia, because when I look back at pictures of myself now I am horrified. I look like a duck. I don’t know how they didn’t bump into things! I can’t believe what I looked like.

"And no one could tell me. No one. Not my mum or anyone. It sounds pathetic, but I thought I’d look ugly without them.”

Megan revealed that the catalyst for dissolving her fillers came when she performed at Hyde Park as the warm up for Michael Buble in 2018.

She said: “Every headline the next day was about me and my big lips. I’d left my job on TOWIE to really smash this and so to have everything become about my lips was upsetting. I want people to be talking about my voice – I don’t want people looking at my lips."

Love Island star Olivia had large breast implants for nine years from the age of 19. She told Heat magazine: "I had a downsize – old ones out, new ones in, because I’d had those implants since I was 19.

"They were really heavy and too big for my body, so I was starting to get some really bad aching. I can’t wait to be able to wear more clothes now without my boobs falling out, putting people off their dinner."

When Olivia had them removed last year she was thrilled, saying: "I feel better already and think I look more like I should in clothes now. Shopping was a nightmare."

With her plump pout and raven locks she stole many a scene on the hit ITV show, The Only Way Is Essex. However, in a snap uploaded to her Instagram page the brunette beauty looked very different indeed…

The 26 year old showcased a far more natural look, having had her fillers dissolved to reveal a much smaller pout, as well as a gorgeous new hairdo. She captioned the picture: “New hair, no lips, who dis…”

TOWIE star Lauren had size E cup breasts. Talking to the MailOnline in 2017 she said: "It’s taken a long time but I feel like my old big boobs are my old life.

"It’s time to grow up. This is like a new realm and it’s a nod to that. It’s not like I’m anti-surgery at all, I was quite happy with them but i just decided to do it.

"The clothes I like will look chicer with smaller boobs. The past few years I’d go for outfits that made them look smaller and there were certain clothes I couldn’t wear because it would look trashy."

Post-op the blonde bombshell proclaimed: "I’m back to small boobies! I’ve thought about it for a long time. It’s really hard to explain but it’s not a big dramatic decision. It’s just I feel like I am taken seriously now in the world of business."

Former The Only Way Is Essex star Gemma Collins previously has has botox and filler. The 40 year old recently told The Sun: "The young girls of today, all these lips, it’s just a bit too much. People think it’s the norm now, and it’s not. We’ve got to stay natural. People need to stop messing with their faces!"

Gemma made the decision to go all natural, telling The Sun: "I have tried Botox and filler, and I had it all dissolved. I can’t stand it.

"I was looking at myself thinking ‘I just don’t look like me anymore’."

However, admits that during the show she noticed lumps in her lips which led her to want to start over.

As a result, she decided to dissolve the filler and start again.

Faye debuted her au natural lips minus the fillers on Instagram.

Writing alongside the snap, she said: “Yes, these are my natural lips at the moment guys, thank you so much for the messages saying that you like it without the filler.”

The 26 year old revealed that she would be having her lips dissolved in a bid to fix unevenness, which was a result of a challenge mishap during her time in the Love Island villa.

However, she has vowed to have her filler put back in, saying without it her lips look “like an 80 year old man’s ball sack”.