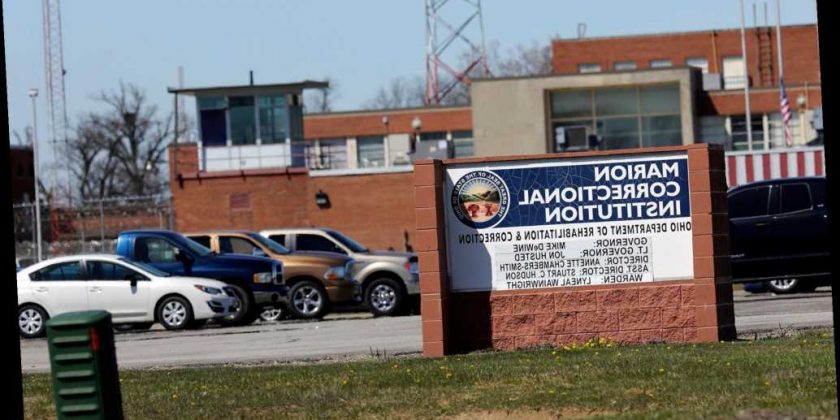 COLUMBUS, Ohio — Correctional facilities that resisted mass coronavirus testing for inmates erred in their decision to only test inmates with symptoms, leading to large initial undercounts, a recent study by the Center for Disease Control and Prevention suggested.

The study released this week examined 13 prisons and jails in California, Colorado, Ohio and Texas, and three federal prisons in states that weren’t identified.

Most of the institutions waited several days or weeks before the first identified case of COVID-19 and the beginning of mass inmate testing, the study found.

Mass testing was expensive and ate up staff time, and rearranging living space for inmates based on the results wasn’t always possible, corrections officials told researchers.

Yet only testing inmates with coronavirus symptoms “likely underestimated” the number of infected prisoners, the study found. Symptom-based testing also runs the risk of inmates hiding symptoms out of fear of being removed from the regular prison population and being shunned by other inmates.

In one unidentified federal prison where mass testing was delayed nearly six weeks after the first coronavirus case was identified, mass testing found 77% of inmates were positive.

In an Ohio prison where mass testing was delayed almost two weeks after the first case, mass testing found 87% of inmates tested positive.

Mass testing “irrespective of symptoms, combined with periodic retesting, can identify infections and support prevention of widespread transmission in correctional and detention environments,” the study concluded.

In a second CDC study focused on Puerto Rico, only two cases of COVID-19 and no deaths have been reported in state prisons.

Puerto Rico restricted admission of all new inmates to a single facility, mass tested everyone regardless of symptoms, and adopted strict quarantining until tests results were available, the study found.

Puerto Rico’s efforts should serve as a case study to protecting imprisoned people from the coronavirus, researchers concluded.

As of mid-August, more than 95,000 people in prison had tested positive for the illness, a 10% increase from the week before, according to data compiled by the Marshall Project, a nonprofit news organization focusing on criminal justice, and The Associated Press.

New cases among prisoners reached an all-time high as of Aug. 14 after slowing down in June. The growth in recent weeks was driven by big jumps in prisoners testing positive in California, Florida and Texas and the federal Bureau of Prisons, along with outbreaks in Idaho, Iowa, Oregon and South Carolina.

Of prisoners testing positive, more than 62,000 have recovered, and at least 803 inmates have died, the Marshall Project/AP data showed.

Among prison staff, more than 21,000 cases of coronavirus have been reported, including 65 deaths.