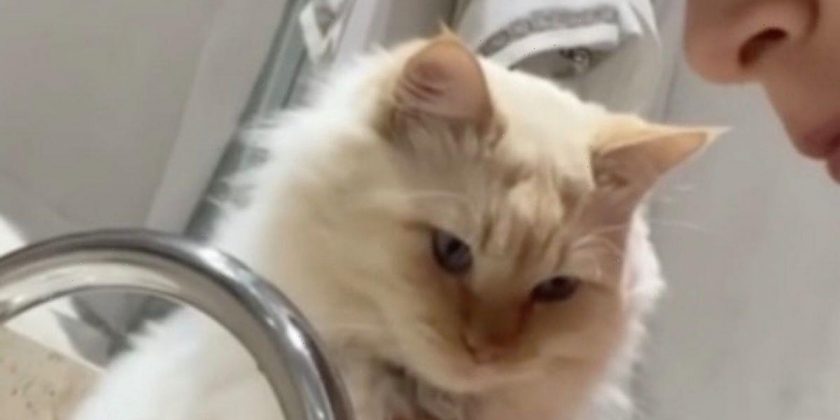 Having a pet can be a magical thing.

Sometimes your dog or cat can do funny things and it's great if you've got it on camera.

One owner decided to film her cat's reaction to her drinking water from the sink.

In a clip posted on Reddit, the owner can be seen sipping water from the sink before spitting it out in front of the cat.

The adorable feline wasn't having any of it as it instantly reacted to what the owner did.

Within a second of spitting out the water, the cat pulls a shocking face as it judges its owner for her behaviour.

One Reddit user joked: "The cat now believes the water is poisoned."

Cat's are often captured in the funniest situations where they react to the most random things online.

In the photo, the brown and ginger pet scrunched her eyes as she glared at her owner.

She didn't look too phased by the fact that her owner could have been smiling or showing her love.

As the cat just didn't give off any expression to her owner, it certainly made others laugh on the open forum.

On another occasion, a cat was filmed reacting to its owner's loud voice.

In the viral clip, the feline can be seen blinking slowly as though it just woke up from a lovely nap.

Then moments later, the furry animal was in shock as the person's voice got louder and louder.

Towards the end of the video, the owner can be heard chuckling as his cat's eyes are as big as saucers by this point.