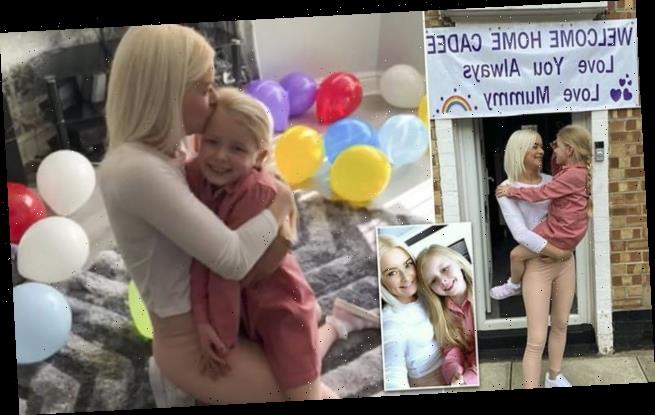 Care home manager, 29, is reunited with her daughter, seven, following 79 days apart after the mother made the heartbreaking decision to separate to protect her severely asthmatic child

A care home manager was reunited with her daughter after 79 days apart, following a heartbreaking decision to separate in order to protect her severely asthmatic child.

Jade Jackson, 29, from Huyton, Merseyside, revealed how she made the tearful decision for seven-year-old Cadee to live with her grandmother, in Southport, for three weeks while she worked on the frontline.

The mother-of-one is the deputy manager of Orchard Residential Care Home, and shielding with Cadee would have left the home without management during the Covid-19 pandemic.

Jade explained how, despite only planning on three weeks apart, she was forced to extend it multiple times as the virus spread and death toll increased. 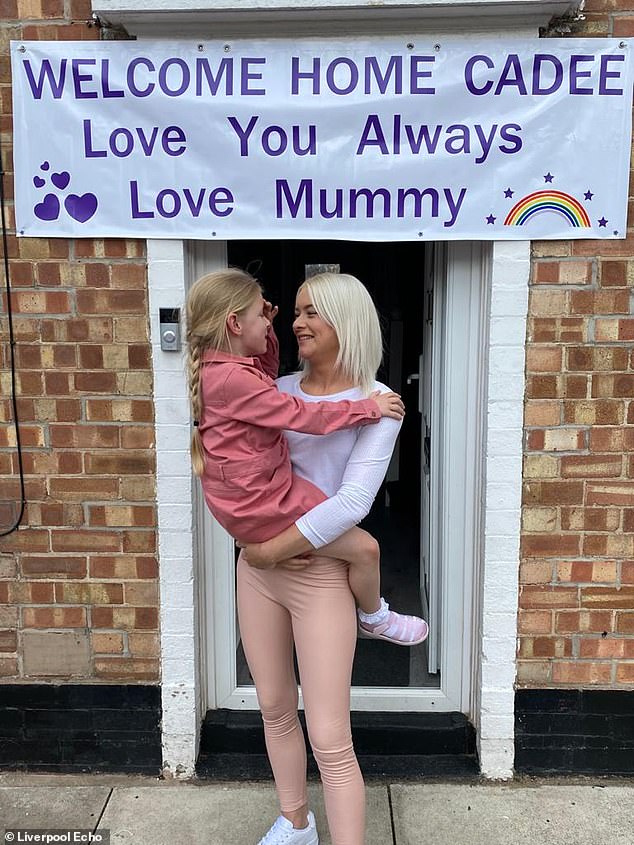 Jade Jackson, 29, from Huyton, Merseyside, was able to hold her daughter Cadee again after 79 days apart

But after 11 weeks, Jade was able to hold her daughter again, and on Sunday 14 June an emotional reunion was caught on camera, with Cadee was pictured in her mother’s arms.

Speaking about the decision to welcome Cadee home, Jade said: ‘The daily death rate continued to drop and thankfully we haven’t had a single case of coronavirus in our home.

‘I knew it was time to bring Cadee home and told her last week that she could.

‘I wanted to make it special so she knew how excited we were so we got a balloon arch and a banner made for when she was dropped off.’ 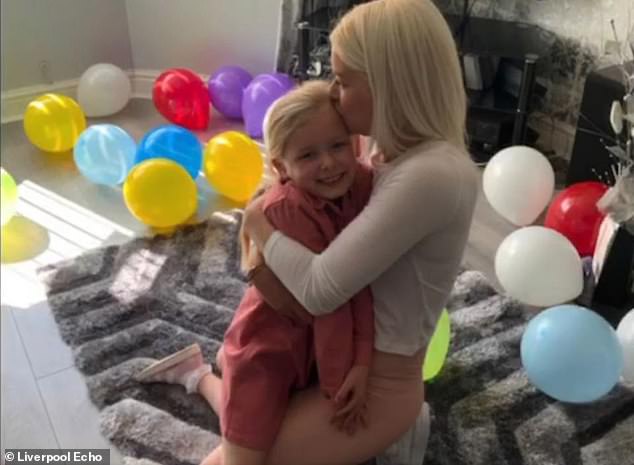 She continued: ‘I was sick with nerves the whole day. I haven’t seen my daughter in 11 weeks and I didn’t know what it would be like.

‘She ran right up into my arms and was so excited to see my mum too.

‘After about half an hour she said to me that she was glad to be home because she was starting to forget what it was like to be with us.’

Jade said Cadee has settled back in at home easily after the time apart but she isn’t ready to let go of her mother just yet.

She added: ‘We’d done her room up while she was away but all she wanted was to sleep in beside me last night.

‘I was happy to let her, I’ve missed her so much. I think this time will make the two of us appreciate time together so much more and appreciate how lucky we are to have each other.’ 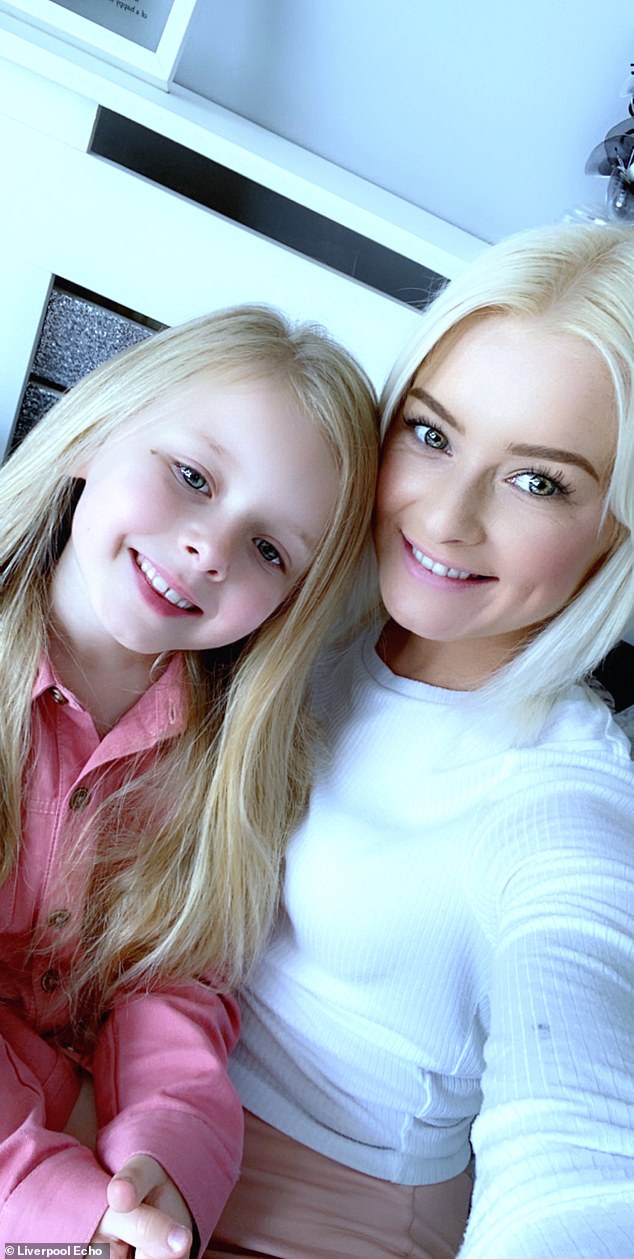 Jade (pictured with Cadee) said: ‘I wanted to make it special so she knew how excited we were so we got a balloon arch and a banner made for when she was dropped off’

Speaking about the heart-wrenching decision to separate, Jade told the Liverpool Echo that she questioned if it was the right call.

She said: ‘I had to weigh up all my options but I was so worried that I would catch the virus at work and bring it home with me to Cadee.

‘This one made sure that everyone was the safest they could be and Cadee wouldn’t be at risk of falling ill.’

Jade and her mother have worked alongside each other throughout the pandemic and did not have any cases of coronavirus at their care home.

But the hardest part of the ongoing outbreak for Jade was being separated from her daughter.

Speaking about how she explained the move to Cadee, Jade said it was one of the hardest things she has ever had to do.

She said: ‘I could have shielded with Cadee but we live with my mum so the care home would have been without their deputy and manager through a pandemic.

‘It was the safest thing for Cadee to go stay with her other grandma. I sat her down about a week after lockdown and tried to explain the situation to her in a way that wouldn’t scare her.

‘She sort of understood but couldn’t get why she couldn’t be with me and it was awful because any time I would run to the shop she would be convinced I wasn’t coming back.’

She explained: ‘We didn’t think it would go on this long. Three weeks was what I had originally told her.

‘Having to ring her all those time to tell her it would be a little while longer was horrific and so upsetting for us both.’

She continued: ‘We FaceTimed as much as possible but it wasn’t the same. I just wanted to hug her and she wanted to see me.

‘Her grandma has been amazing over the last 11 weeks and has been doing all her schoolwork with her.

‘But I’m devastated I couldn’t do it. I feel like I haven’t been her mum at all.’