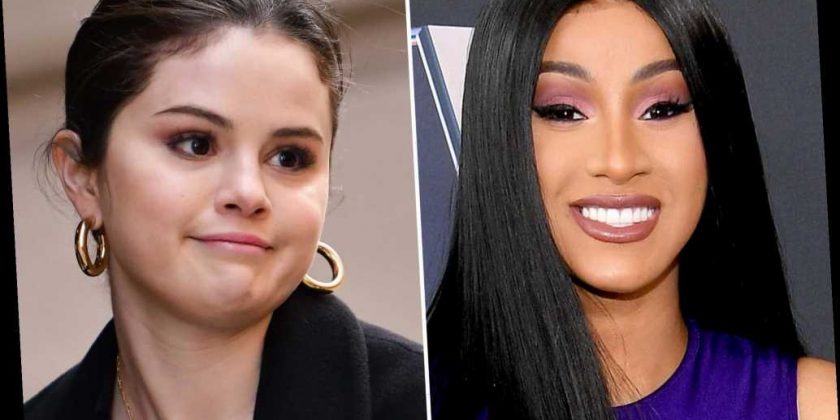 Cardi B ‘did not approve’ ‘True Hollywood Story’ of her life

Cardi B opens up about plastic surgery and body confidence

Best star snaps of the week: Reese gets ‘Icy’ while Cardi B heats up

Cardi B lets 2-year-old daughter Kulture do her makeup

The “Bodak Yellow” rapper voiced her support for Gomez after she told Vogue that she’s considered leaving the biz.

“I don’t think Selena should retire,” Cardi tweeted on Thursday. “She makes good music & her fans love her. I think she needs one more Era. A edgy one that no one ever seen her as . I would love to give her some ideas [sic].”

In her April 2021 Vogue cover story, the “Rare” singer said, “It’s hard to keep doing music when people don’t necessarily take you seriously. I’ve had moments where I’ve been like, ‘What’s the point? Why do I keep doing this?’”

“‘Lose You to Love Me’ I felt was the best song I’ve ever released, and for some people it still wasn’t enough,” Gomez said in the interview. “I think there are a lot of people who enjoy my music, and for that I’m so thankful, for that I keep going, but I think the next time I do an album it’ll be different. I want to give it one last try before I maybe retire music.”

In her supportive tweets, the “Up” rapper, 28, said she’s sticking up for Gomez, 28, becaues she’s a “sweetheart in person.”

“Us celebs get picked apart all the time but she is just to sweet to go thru that,” Cardi wrote. “If she wants to leave ,leave cause you want too not cause of these f—ers [sic].”

Gomez, who recently released her first Spanish album, “Revelación,” has not yet responded to Cardi’s tweet.