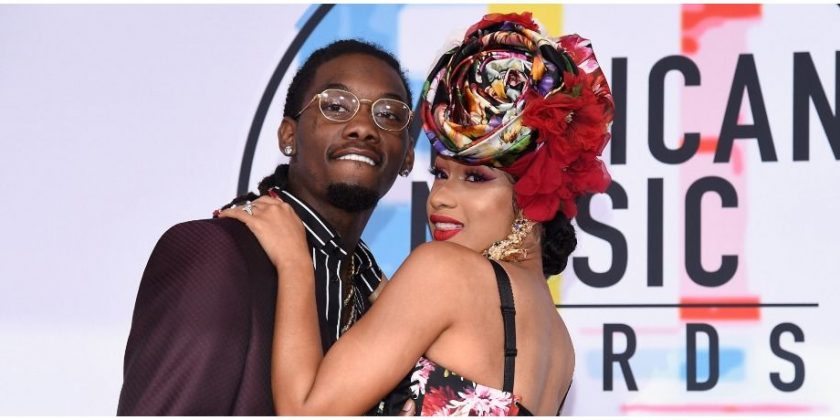 Rapper Cardi B was allegedly so sad the day she announced she had split from her husband of one year, Offset, that she wouldn’t get out of bed reported Page Six.

The media outlet reported that Cardi would not leave her hotel to go to a scheduled club event and had to be pushed into a car just to get her there, a source said.

Page Six reported that Cardi was booked to perform at Miami megaclub E11even during Art Basel Wednesday, but didn’t arrive at the event until 4 a.m. Thursday.

The site alleges that members of Cardi’s entourage were overheard saying that she “didn’t want to get out of bed — she was so upset about Offset. She was at her hotel and still didn’t want to leave at 3 a.m.,” said the source.

Page Six reported that the rapper finally exited the St. Regis Hotel at the early morning hour of 3:30 a.m.

E! Online reported that the “Bodak Yellow” entertainer is allegedly “torn” about getting back together with her husband. The couple shares a daughter, Kulture.

The couple’s split comes amid rumors of infidelity on Offset’s part. A woman the rapper allegedly texted to set up a tryst, Summer Bunni, last week made a tearful video apology to Cardi and has now even dropped a song about the situation, titled “Don’t Matter.”

A source told E! News that Cardi is “very torn” over what the couple’s future holds. The insider says things have “been really hard” for both of them since their split, saying Offset is “trying to win Cardi back” but she’s “not on board yet.”

It is alleged that Cardi is having difficulty trusting her husband in light of the cheating scandal that is thought to have led to their separation.

“They haven’t been spending time together and Cardi expressed she still wants her space. She is very busy right now with her work and is focused solely on Kulture,” explains the source to E! News.

“She doesn’t want to have to co-parent Kulture, but isn’t quite sure if they can make their relationship work,” the source continued.

Cardi and Offset had their first date at the Super Bowl in 2017, followed about eight months later by his marriage proposal, via an eight-carat engagement ring, onstage during a Philadelphia concert.

In April, Cardi publicly debuted a baby bump on Saturday Night Live in a form-fitting white dress, followed by a video posted online of her jumping around backstage yelling, “I’m finally free!”