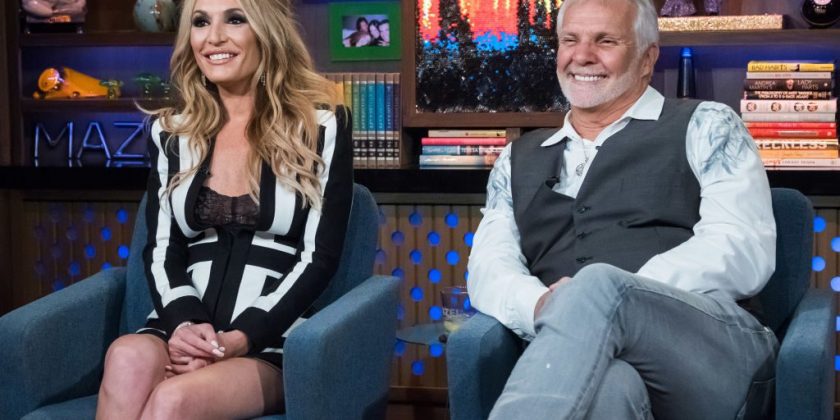 If there are two Bravo shows that should merge it is Below Deck and Southern Charm. The fun-loving crews from both shows have expressed a desire to do a show mashup. And Captain Lee Rosbach from Below Deck may be the one to get the yacht moving.

Rosbach recently visited Lowcountry and hung out with Shep Rose and spent some time with friend Patricia Altschul and her adorable pup Chauncey. “Hangin with Chauncey, and the incomparable @pataltschul Mary Anne and I had the best afternoon,” Rosbach posted to Instagram.

Thankfully for fans, both shows are on right now. Below Deck Mediterranean takes viewers on the high seas every Monday night, plus both Southern Charm and Southern Charm New Orleans keep viewers deeply entrenched in drama.

Maybe someday ‘Southern Charm’ will charter a ‘Below Deck’ yacht

If the Southern Charm cast went on Below Deck, they wouldn’t be the first group from the Bravo network to cross over. Cynthia Bailey and Claudia Jordan from The Real Housewives of Atlanta were guests and the episodes were nothing short of amazing and fun.

When Southern Charm premiered Rosbach tweeted about enjoying an evening at home with the show. “Think I’ll put my feet up tonight and watch a little Southern Charm,” he tweeted. “Should prove to be very interesting I think. Might even tweet a bit. Might.”

So a mashup with Altschul and the gang only makes perfect sense. Altschul discussed going on Below Deck during a recent appearance of Watch What Happens Live with Andy Cohen.  “I want to charter a yacht and take all of Southern Charm on it,” Altschul said. “That’s what I want to do.”

Altschul hasn’t had the chance to charter that Below Deck yacht so Rosbach decided to bring a little Below Deck to her. He posted about a meetup he had with Rose on Instagram. “Having some fun I’m Charleston, a little work, more fun than work which is just the way I like it.”

Rose shared on his page that the two only just met. He added in a video that now they are the best of friends.”Come hang with me and @captain_lee_rosbach at www.CruiseAndTravelShow.com, where I’m getting inspired for my #dreamvacation! Maldives or Tahiti when the waves 🌊 are good not huge sounds about right. Also rocking the perfect @shepgear guayabera for island 🌴 life.”

Later Rosbach and his wife Mary Anne made their way over to Altschul’s home. Altschul shared a sweet pic of Rosbach and Chauncey too. “Well it’s clear that @captain_lee_rosbach likes dogs and visa versa,” she wrote on her Instagram. Rosbach being a dog lover is a huge win in Altschul’s book.

Fans had to be losing their minds when the images appeared. When Altschul merely mentioned a Southern Charm and Below Deck crossover, viewers responded with a resounding “yes, please!” Plus, Rosbach is all in too.  One fan wrote on Twitter, “Would love to see a crossover with southern charm and below deck that would be amazing are you up for it @capthlr?” His response: “I’m all in.”