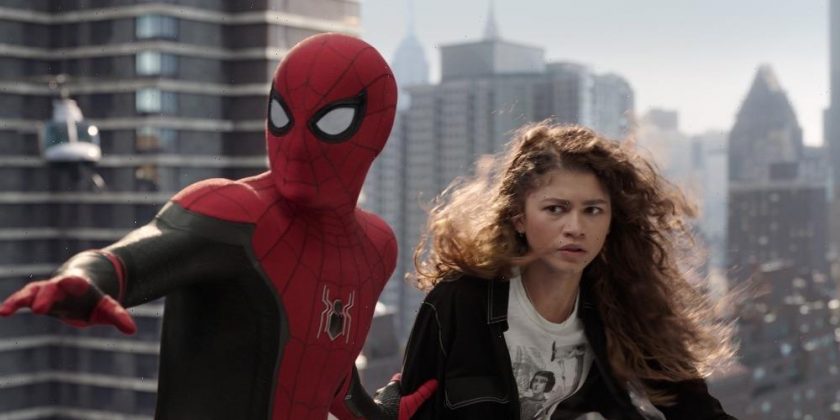 Canal+, France’s leading pay TV group, has signed distribution deals with Universal and Sony to ramp up its programming of U.S. movies.

Under the pact, Canal+ now has access to the studios’ new films six months after their releases. Sony’s “Spiderman : No Way Home” is currently being broadcast on Canal+’s linear pay TV channels, along with its transactional VOD platform, My Canal.

The news was half-revealed by Maxime Saada, Canal+ Group’s chair and CEO, during the company’s upbeat press conference on Sept. 14, which was held at their posh headquarters in Paris. Saada, who recently joined the management board of Vivendi, Canal Plus Group’s parent company, said the outfit already boasts partnerships with Fox, Disney and Warner, as well as Paramount.

Canal+ also has a six-month window on French movies. The company previously had to wait 9 months after the films’ theatrical releases and was able to reduce it by three-months under the new windowing rules last December.

Sadda pointed out Canal+ had been allowed to show the “best of French cinema” only six months following their release in cinemas after “signing a milestone agreement with France’s film guilds to invest nearly $200 million per year in French and European films.” He cited as an example Cedric Jimenez’s hit cop thriller “The Stronghold” which began airing on Canal+ in February.

Canal+ is positioned way ahead of Netflix which has a 15-month window on new releases in France. The windowing rules will soon be up for re-negotiation and Netflix, like Disney and other platforms, are pushing to have an earlier access to movies. Disney went as far as to forgo the French theatrical release of its animated film “Strange World” to protest against France’s strict windowing guidelines.

During the presser, Saada said “we’re about the only group to champion theatrical releases (…) and what we want is fairness.” “The contribution of platforms is around €40 million ($39.9 million) per year and Canal+’s is about €200 million per year so we think each must have the place reflecting its contribution,” he continued. Saada said if platforms wish to have shorter windows, “Canal Plus+ move up as well, if not more.”

While it clashes with streamers over windowing in France, Canal+ has become a major aggregator of platforms through deals signed with Netflix, Disney+ and Starzplay. Paramount+ will be the fourth U.S. platform to launch on Canal+ by the end of the year.

Saada said Canal+ was looking to sign with three more platforms. The executive was referring to AppleTV+, Amazon Prime Video and HBO Max/Discovery+’s streaming platform which is expected to launch in France in 2024.

The jam-packed press conference was hosted at the company’s new headquarters called Canal+ One, which Saada said brings together for the first time teams who produce and distribute content, regrouping Canal+ and Studiocanal.

During the presser, the banner teased upcoming original Canal+ shows, for instance “Désordres,” the TV series debut of Florence Foresti, one of France’s best known stand-up comedian. Foresti, who was at the event to present a clip of her anticipated show to journalists, plays a semi-autobiographical version of herself in the series. She said she wanted to make people laugh and also explore a wide range of topics, from loneliness to anxiety, parenting every other week and the difficulties in finding love. Canal Plus’s Creation Originale unit, which is now headed by Olivier Bibas (head of drama), also presented a teaser of “Marie-Antoinette,” a lushly lensed period drama created and co-written by Deborah Davis (“The Favorite”), starring Emilia Schüle who was also on the ground at the Canal+ event.