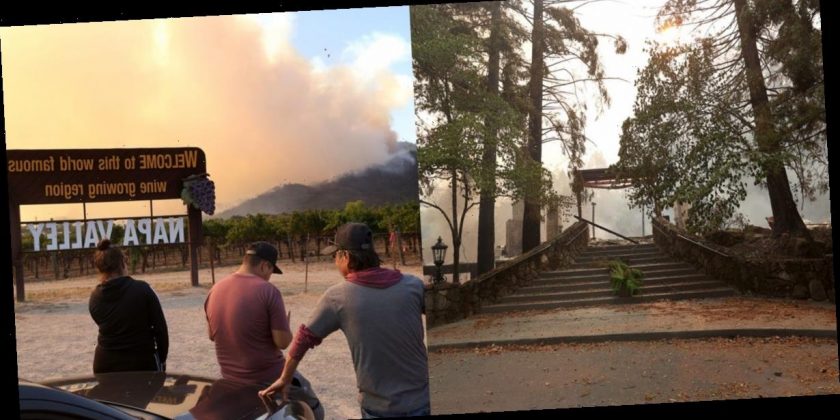 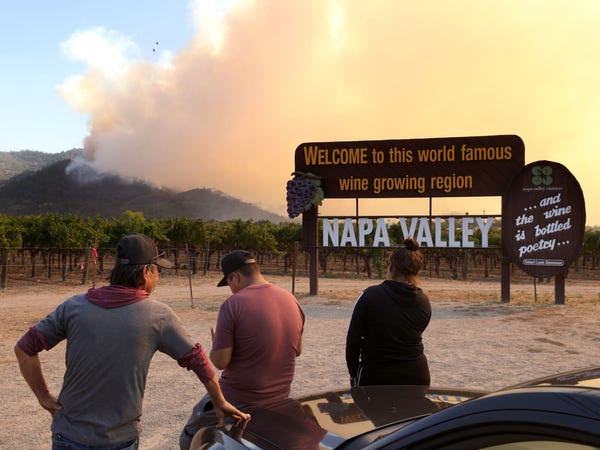 The California Glass Fire has destroyed more than 350 commercial buildings and damaged nearly 50 more since it sparked on September 27. Among the devastation it's left behind, White Sulphur Springs — the state's very first resort, according to NBC Bay Area — is almost completely gone.

The resort was made up of a collection of 20 buildings in St. Helena — 17 of which were destroyed by the fire, according to NBC. Despite the near-complete destruction of the property, Raz Ingrasci from the Hoffman Institute, which now owns the property and uses it as a retreat center, told NBC that they plan to rebuild it.

The historic 1852 resort was just one of nearly 400 commercial properties that were damaged or destroyed by the fire.

The Restaurant at Meadowood, a 3-Michelin star restaurant in Napa Valley, was consumed by the fire on Monday morning. The eatery, also known as TRAM, plans to rebuild as well — two brick fireplaces and stone stairs at the entrance are all that remain standing after the fire, Insider previously reported.

"Napa Valley and California have seen their share of challenges and have always demonstrated a resiliency that others emulate," TRAM's head chef Christopher Kostow told Anneta Konstantinides for Insider. "The important thing right now is to protect lives and property, and address the bigger issue of climate change."

Eater San Francisco reporter Eve Batey compiled a list of the restaurants, wineries, and general hospitality businesses that have been either destroyed or damaged by the fire as of this morning. Batey's list includes Sherwin Family Vineyards, Sterling Vineyards, and Phifer Pavitt Winery, among others.

"You just see all the sparks flying around everywhere and then firefighters and then red flames and it is just, everything is ablaze and by some incredible miracle, they save our winery," owner Suzanne Phifer Pavitt told KRON 4. "There's really no words for me still. Our winery is a 100-year-old Redwood barn. It's a tinderbox."

KRON 4 reported Tuesday that the winery building was "damaged but it's salvageable" while all 23 acres of vineyards burned.

As of this morning, the fire had torn through 67,200 acres, according to an incident report from CAL FIRE Sonoma-Lake-Napa Unit. Officials announced on Tuesday evening that they expect to achieve full containment of the Glass Fire on October 20.