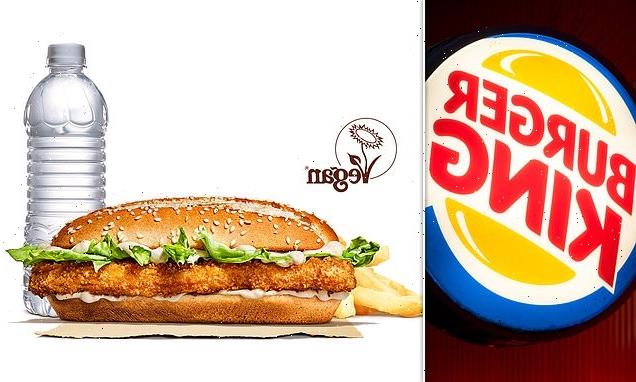 Burger King has delighted fans by finally launching a vegan version of their famous Chicken Royale.

Following months of speculation and buzz, the Burger King® Vegan Royale launched nationwide yesterday, and is made from a pea-protein chicken imitator.

The chain says the £4.79 burger has been years in the making and is set to be the crowning glory of the restaurant’s plant-based menu at stores.

Burger King say their aim was to match the same level of flavour of its chicken counterpart and could be enjoyed by vegans, flexitarians and anyone who loves a delicious burger. 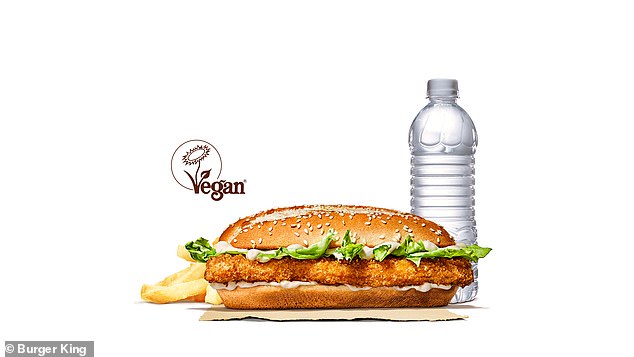 Consisting of a crispy coated, plant-based chicken, ingeniously derived by The Vegetarian Butcher; the Vegan Royale is topped with iceberg lettuce, creamy vegan mayo and crowned with a toasted sesame seed bun.

Last year, the chain launched a Rebel Whopper for Veganuary, which is made from soy, but is not suitable for vegans or vegetarians prompting an outpouring of anger from non-meat eaters online.

Burger King said at the time the burger is aimed at ‘flexitarians’ – people who eat meat but are cutting down on the animal-based food they eat – but vegans said the chain ‘shot itself in the foot’ and called the product a ‘missed opportunity’.

In February, they bought back their Halloumi King burger as a permanent fixture on their menu – but the meat-free dish also isn’t strictly vegetarian as it’s cooked in the same fryer as meat products. 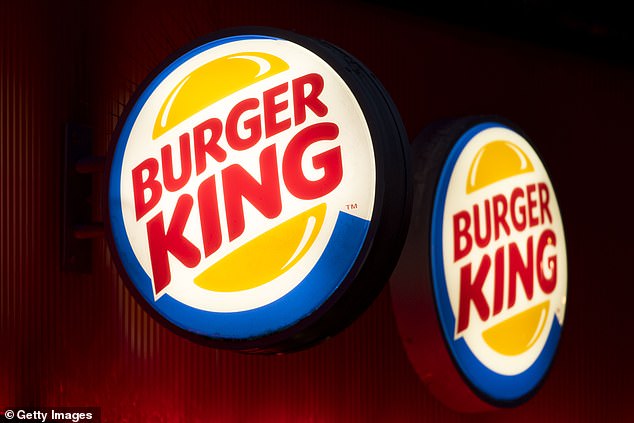 Following months of speculation and buzz, the Burger King® Vegan Royale launched nationwide yesterday, and is made from a pea-protein chicken imitator

Soco Nunez, Marketing Director of Burger King UK® told FEMAIL, ‘At Burger King UK we’re all about delivering great tasting food for our customers, so we’ve purposefully taken our time with the Vegan Royale to make sure it’s the best on the market.

‘In fact, we would go as far as to say it’s an identical taste experience to the original Chicken Royale.’

The exciting news doesn’t stop there for the meat-free masses. The Burger King brand’s fries are also certified by the Vegan Society, which means that the restaurant chain will be able to offer the Vegan Royale, or the Vegan Bean Burger, as part of a great-value meal. 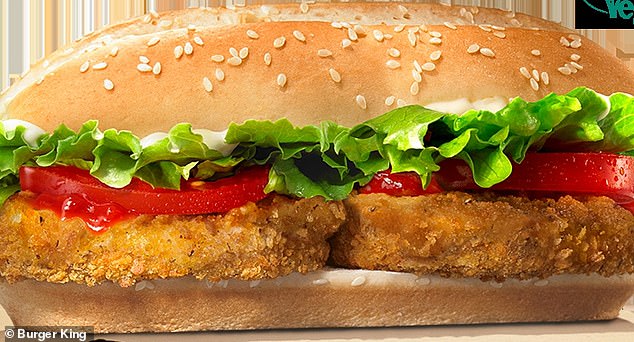 Burger King has finally launched a vegan burger a year after the chain caused fury after revealing their plant-based Rebel Whopper was cooked on the same grill as meat. The UK branch of the US fast food giant will sell a 100 per cent vegan bean burger from 11th January.

The Vegan Royale with fries and any soft drink of choice will be just £6.79. Vegan Society approved drink options include bottled water and Capri Sun. All vegan Certified options will be labelled with the Vegan Society logo.

Ericka Durgahee, Marketing Manager at The Vegan Society told FEMAI: ‘We’re delighted to be working closely with Burger King. It’s fantastic to see that not only are they expanding their range to cater to vegan customers, but are going above and beyond by offering them delicious options that have been certified by the highly-trusted and sought-after Vegan Trademark.

‘Customers can rest assured that when they order items displaying the Vegan Trademark they’re free from animal products and animal testing and that cross contamination has been minimised.

‘Thank you for coming along with us in your journey to provide vegans across the country easily accessible and affordable options.’ 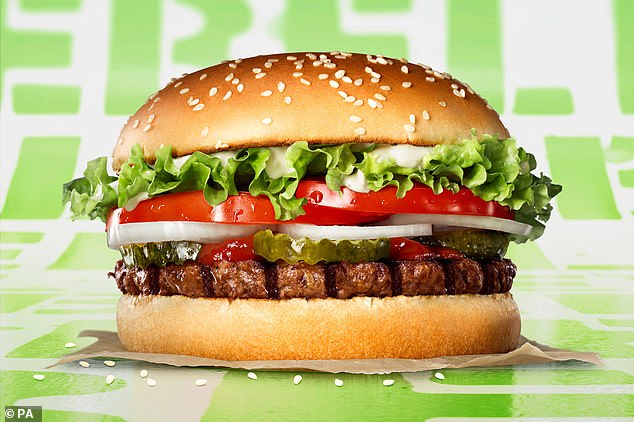 Last year, the chain launched a Rebel Whopper for Veganuary, which is made from soy, but is not suitable for vegans or vegetarians prompting an outpouring of anger from non-meat eaters online

This means that at the start of every week, those with the Burger KingUK app can get their hands on the new meat-free burger for just £1.99.

Many other great deals on the app will also have the option to go meat-free this month, meaning fans will have the chance to grab the Vegan Royale for as little as £2.49.

Dawn Carr, Director of Vegan Corporate Projects for PETA said, ‘PETA applauds Burger King for offering its customers three flavoursome plant-based burgers. From bun to mayo to patty, all the ingredients in the new Plant-Based Whopper and Vegan Royale are completely animal-free, so they’re sure to be a hit with the UK’s growing number of vegans, vegetarians, and flexitarians.’

Millie Powell, Head of Brand at The Vegetarian Butcher said: ‘We’re on a mission to help people make easy and tasty plant-based switches, and by re-creating the taste of the Whopper and the Royale with our plant-based patties we’re ensuring everyone can enjoy the taste, texture and satisfaction of these Burger King classics – but without sacrificing a thing.’

The restaurant chain has committed to reducing emissions including those from purchased goods and services, capital distribution and waste generated in operations and franchises by 41%, at each restaurant by 2030.