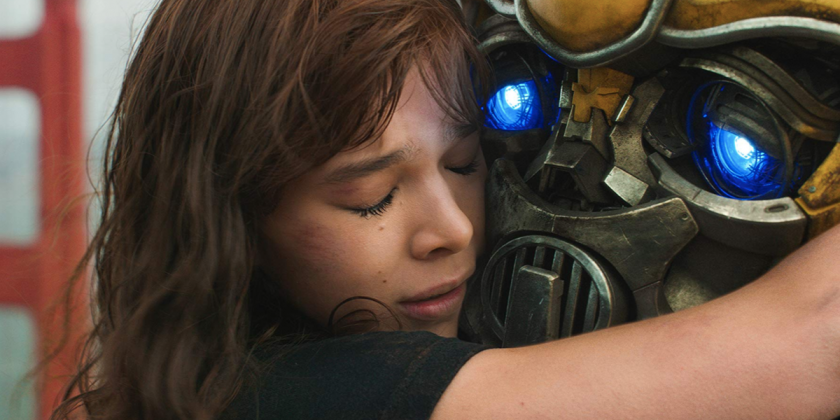 The Transformers franchise returns to theaters on Dec. 21, with Bumblebee, a movie that feels so different from the rest. Bumblebee is a prequel, taking place in 1987, long before the lovable Transformer meets Sam (Shia LaBeouf) and Mikaela (Megan Fox), who star in the first movie. But despite being a spinoff of sorts, Bumblebee fits in perfectly within the Transformers timeline.

All of the previous Transformer flicks exist in a linear, present-day timeline, starting in 2007. But the most recent movie from the franchise, Transformers: The Last Knight (2017), give glimpses of Bumblebee’s origin story, showing that the Autobot has actually been on Earth for a long time. The movie shows Bumblebee being involved in World War II, but he’s almost unrecognizable, missing his signature yellow-and-black colors.

With the introduction of Bumblebee’s military past in The Last Knight, it makes sense that Bumblebee would answer some pressing questions about his origins. Spoilers ahead.

In Bumblebee, the Autobot is shown during his days of being named B-127, when he was sent to Earth by Optimus Prime to set up base for the Autobots to battle their enemies, the Decepticons. But upon landing in California, he’s found by Decepticon Blitzwing. This sets up the recurring plot of the original Transformers movies, where the Autobots are at war with Decepticons. But this particular battle with Blitzwing is important to Bumblebee’s origin story. When Blitzwing attacks him, Bumblebee loses his voice and memory, including that of his mission. In turn, Bumblebee loses his militaristic persona and becomes a vulnerable, gentle Autobot, showing why he feels so different from the rest of the Transformers in the other flicks.

And this movie shows that his human-loving persona is all thanks to Charlie (Hailee Steinfeld), an 18-year-old car enthusiast, who encounters him in his Volkswagen Beetle form and takes him home. But she soon finds out that Bumblebee is far more than just a car, then ends up in the midst of a battle between the Autobot and the Decepticons.

The film also reveals that Charlie is the person to credit for Bumblebee’s name. In case you were wondering why all the other Transformers have far more intimidating names, like Optimus Prime, Ironhide, Megatron, and so on, it’s due to Bumblebee losing his memory. When he can’t communicate with Charlie, nor remember his name, she decides to name him Bumblebee after the sound he makes and his colors. Charlie is also the one who comes up with the idea of having Bumblebee communicate via stereo, showing why he’s the only Transformer to do so.

One point of introducing Bumblebee’s origin story is to set up how Sam ends up on a similar journey to Charlie’s, becoming the human that the Transformers connect with. Similarly to Charlie, Sam buys a Camaro, which turns out to be Bumblebee. And it becomes Sam and his love interest Mikaela’s duty to help the Transformers battle the Decepticons to protect Earth.

At the end of Bumblebee, Charlie is seen leaving the Autobot behind, knowing that he still has a bigger mission ahead of him. It makes sense that decades later, Bumblebee would be looking for a human companion to help him again, tying the prequel with the first Transformers movie. You don’t need to watch the other movies to understand Bumblebee, but for fans, this flick answers many questions that The Last Knight wasn’t able to.