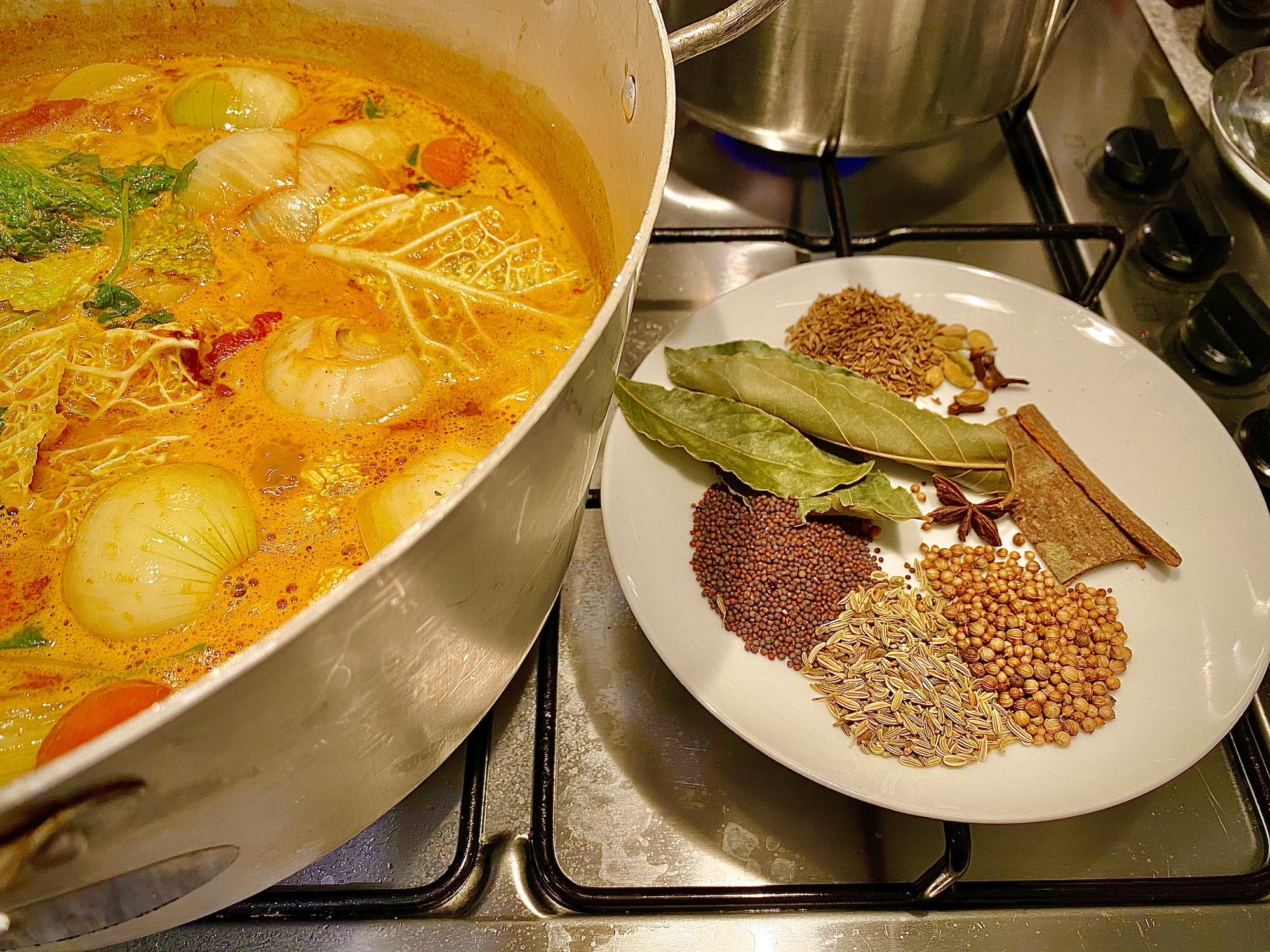 As children, it was the name-calling that was more prevalent than any physical violence.

My Asian friends and I would often get called the P-word, particularly at school and around the neighbourhood where we played.

It wasn’t usually said in aggression, even when it was prefixed with ‘dirty’ or ‘smelly’ – which was most of the time.

It was said as a ridicule. We knew there was a derogatory association with the name calling. It was clear they thought they were superior than us.

Not wanting to appear confrontational, we’d just laugh along. The recriminations of arguing back wouldn’t be worth it.

At the time, it never really occurred to me why my Asian friends and I were often branded smelly by our white counterparts. I bathed regularly and the house motto was ‘cleanliness is next to godliness’.

Nevertheless, before I left the house, I would often take a quick sniff under my shirt to be sure I did not smell. As a child there was already enough to be worrying about without this additional paranoia. Even now, this worry has never fully gone away.

In my late teens I realised that it was because our homes sometimes smelled of the potent aroma of fried ginger, garlic, and onions – the true base for any good South Asian dish. Oddly, I was relieved that it wasn’t because my peers thought I had poor hygiene.

As much as my family had embraced western way of living: clothes, music, language… it was the taste and smells of our native food that would always serve as a reminder of our heritage and the warmth it bought of family togetherness.

So, it hurt knowing that when my mother had spent many hours lovingly preparing our dinner, it could be providing more ammunition to our tormentors.

Growing up in the Midlands in the 80s on a council estate of back-to-back terraces, the area was predominantly populated by migrant families from India and Pakistan.

Just before tea-time most evenings we’d be playing on the streets with our friends, all among the delightful smells of the neighbourhood’s cooking.

The Sikhs simmering their saag, Gujaratis frying their fish, Muslims mixing their murgh masala and then the occasional whiff of our white neighbours’ bangers and mash.

It was also in the 70s and 80s that racism towards the South Asian community was highly prevalent and a time when several far-right fascist movements, including the National Front and British National Party, attacked South Asian people and their businesses.

Fast forward to adulthood. Before I moved into my current house, I lived in a development of 25 relatively high-end apartments. I owned a ground floor plot, with two neighbours above me.

It’s when I moved into my apartment that I decided to learn to cook my native dishes.

My mother would come around and explain all the steps to making the perfect ‘curry dish’. What they nearly all had in common were three core ingredients also known as ‘the turka’ – the ginger, garlic and onions.

And if you have made a curry using these ingredients without adequate ventilation, you’ll know it creates a pungent aroma that will permeate into your clothes and hair, often lingering for hours.

Once I perfected (well, almost) the art of my mom’s cooking, it became the preferred choice over a takeaway.

I loved this new talent I’d discovered and most weekends, certainly in the colder months, I’d cook my curry and, with a bottle of wine, sit down with my partner to enjoy it in front of The X Factor.

This became the norm for around two months, until one Sunday afternoon the retired lady above me paid me a visit.

‘I’m sorry to bother you, I wanted to check if you could smell my cooking today?,’ she said.

I was a bit taken back with the question as I had no idea where this was going.

Once I said ‘no’, she continued: ‘We’ve noticed the smell of your cooking on Saturdays and as much as we love curries, our apartment is left with a smell of your Indian food.’

I was lost for words.

She added: ‘And as we usually have visitors on a Sunday afternoon, would you mind making your curries on another day of the week?’

I did not know what to say and simply replied: ‘OK.’

My immediate feeling was one of embarrassment – whether for my neighbour or for me, I wasn’t sure. She and her husband appeared to be a pleasant and ‘well-to-do’ couple; we’d always exchange pleasantries when we saw one another, so it was a shock to hear this.

After she left, my partner and I burst out laughing. It was not unlike the storyline from a 70s sitcom involving stereotypical portrayals of Indian and Pakistani people.

My partner, who is white, thought it was both ridiculous and hilarious.

But behind my laughter, I was taken back to the time of the name-calling I’d experienced as a child, that Asians were smelly and unhygienic.

I had a moment of feeling somewhat inferior just as I did when I was a child, except this time I could comprehend that the issue was related to cooking smells.

Just to be sure I was not breaking any rules, I checked my leasehold contract; no pets, no loud music, no slamming car doors, no hanging washing over the balcony – but nothing suggesting no cooking of aromatic foods.

I even called the management company. After I explained my neighbour’s ‘complaint’, they simply laughed and said that they’d be right over to sample some of my dishes!

But it didn’t stop there.

The retired lady’s husband also visited me that evening. He repeated what his wife had said – please refrain from cooking your curries on a Saturday.

I was genuinely lost for words; were my neighbours that incensed with the smell of my cooking? I was really disheartened that they would speak to me in such a manner.

I couldn’t just ignore my neighbour’s concern, so it left me in a predicament. Not one for conflict and to avoid any animosity, I caved in and for two weeks or so, I stopped making curries.

It played on my mind constantly; I had no idea what to do for the best. This was not as simple as turning music down for example, which could be easily resolved. This was about my food – part of my identity, and something I associate with nourishment and love.

When I next saw my neighbours around two weeks later, I was surprised to see they were outside my apartment, examining the small extractor vent outside my kitchen window.

I can only guess they were still wondering about my cooking – as was I, having still not plucked up the courage to cook another curry by this point.

I joined them. It was clear what they were thinking: that this small extractor fan could be the reason they were getting a whiff of my cooking. We stood in silence looking at the extractor; to break the ice, I suggested next time I’d cook a curry, there’d be an extra portion for them.

‘No thank you we don’t eat that type of food,’ was the husband’s reply (a complete contradiction to his wife’s earlier suggestion), and with that, they walked off.

A sensible discussion appeared out of the question; the phrase ‘that type of food’ infuriated me. Though it was difficult, I kept my anger in check and walked away.

I pondered the idea of not making a curry again. But this was just one of many recipes – to me, it was simply the smell of lovingly prepared food, not the release of some toxic gases.

I continued making my curries and the pleasantries and acknowledgments with the neighbours came to an abrupt end. We never spoke to them again.

I would agree there is an element that certain ethnic, or other flavoursome food for that matter, may find their way through your pores or absorb into your clothes and home, but the same is true for cigarette smoke, animal odour and alcohol.

But the difference, is they do not have the association of historical racism or the stereotyping of a whole community.

While I could almost appreciate my previous neighbour’s predicament, it was the tone, the attitude, the arrogance, the impression they were superior and the expectation that I would stop cooking on a certain day. That to me was nothing short of a subtle version of modern-day prejudice towards me and my native food.

It also seems ironic and contradictory that the smell of curry has created such negative stereotypes, seeing as an Indian is the second most popular takeaway for Brits, just behind a Chinese.

Curry is not even a real South Asian word. It was a word invented by the British when they ruled India; it’s an anglicised form of the Tamil word ‘kaṟi’, which means sauce.

I love the smell of cooking curry and thankfully, following my house move, my new neighbours do too.

So, when I cook, I make sure to open the patio doors and windows, letting my neighbours bask in the ambiance – often plating up a portion for them.

Smell is often cited as the strongest of our five senses, with a powerful link to memory and the emotional regions of the brain. Most of the time, my cooking evokes memories reminds me of the happy and carefree days in my old neighbourhood. But it’s also a reminder of how we still use negative cultural stereotypes and even smells to label certain communities.

At least for now, it’s a sign of the times that when any of my friends are invited for dinner, the only comment on the smell I ever hear is: ‘What is that wonderful aroma? Could you share the recipe please?’

These heartfelt interactions are what fuels my love of cooking.