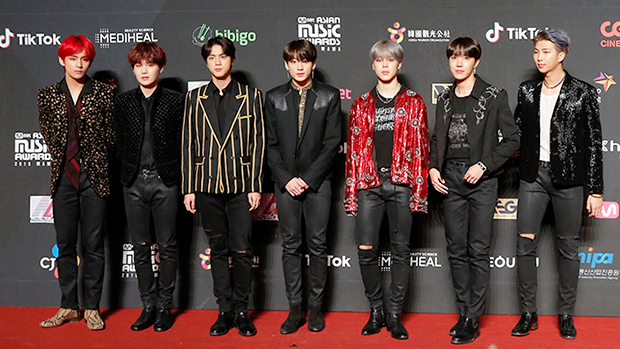 Is there anything BTS can’t do? The boys are sweepting the 2018 MAMA Awards in Japan, and we’re so proud of them, we can’t even handle it!

There is no stopping BTS! The Bangtan Boys have racked up a total of SEVEN awards at the 2018 MAMA Awards in Japan, and we wouldn’t be surprised if there were more in their future. BTS won the following awards at MAMA 2018: Best Music Video for “IDOL,” Best Asian Style, Global Fan’s Choice for “FAKE LOVE,” Favorite Music Video for “IDOL,” Worldwide Icon of the Year, Worldwide Fans’ Choice Top 10, and Favorite Dance Artist — Male. Yep, that’s a whopping seven trophies. One for each of the boys, if you think about it!

BTS was nominated for four more awards, but unfortunately didn’t win — YET! They’re up for: Artist of the Year, Dance Performance — Male Group, Song of the Year for “FAKE LOVE,” and Best Male Group. We have our fingers crossed that they totally sweep the board. And if they don’t, we’re not fretting; there’s always MAMA 2019! Plus, there are way more awards in their future. The boys have been nominated for their first Grammy! They were “overjoyed” by their nomination for Best Package, a music insider told HollywoodLife EXCLUSIVELY, and feel that they owe it all to their loyal ARMYs. “They really feel their fans, and the way they have embraced and supported the boys is the reason for the huge success. The boys are all incredibly humble, they’re blown away by all the love they are getting,” the source said.

That’s in line with what an ecstatic Jin said when they accepted their Daesang at MAMA for Worldwide Icon of the Year! Jin adorably grabbed the mic as soon as they walked onstage and screamed “ARMY” at the audience. “I think it’s such an honor that ‘Worldwide Handsome’ is receiving the Worldwide Icon award,” he said. “Even just a few years ago, we were artists at a small agency. But now, thanks to a great opportunity, we met ARMY and became artists who are receiving this Daesang. Thank you so much. Also, we’re able to receive this award because of the efforts of BTS and because ARMY is together with us. I’ll love all of you forever. Thank you.” Aww!