Britney Spears is ‘aware’ of ‘Dancing With the Stars’ tribute episode

Britney Spears has no plans to perform after conservatorship: report

Colonel Spears is grateful for the Britney Army’s loyal soldiers.

Britney Spears took to social media on Monday, thanking the #FreeBritney movement for their efforts to liberate the superstar from her 13-year conservatorship.

“#FreeBritney movement … I have no words … because of you guys and your constant resilience in freeing me from my conservatorship … my life is now in that direction !!!!!” she captioned a video of herself posing for the camera as Kanye West’s “Fade” plays.

“I cried last night for two hours cause my fans are the best and I know it,” added the “Lucky” singer, 39, who sports pin-straight hair and a signature crop top in the clip.

The pop icon’s tribute to her fans comes days after her estranged father, Jamie Spears, was suspended from her conservatorship.

The #FreeBritney movement launched in early 2019 following online speculation that Britney was being held in a mental health facility against her will (which she later confirmed in explosive court testimony this June).

In August 2020, a disgruntled Jamie, 69, called Britney’s supporters “conspiracy theorists” in an interview with The Post.

“It’s up to the court of California to decide what’s best for my daughter,” he said at the time. “It’s no one else’s business.”

Page Six exclusively reported that Britney was on vacation with her fiancé, Sam Asghari, when Los Angeles Superior Court Judge Brenda Penny ruled on Wednesday that it was in the singer’s “best interest” to have Jamie removed.

“Britney wanted to get away and relax with her new fiancé,” an insider said. “She did not attend the hearing virtually. She had multiple detailed conversations with her lawyer before the hearing and trusted that he would get the job done, and he did.”

The Grammy winner told fans this weekend that she is prioritizing self-care following her court victory.

“Although there is change and things to celebrate in my life, I still have a lot of healing to do!!!” she wrote via Instagram. “Thankfully I have a good support system and am taking time to understand it’s ok to slow down and breathe!!!!!”

A source previously told Page Six that Britney “burst into tears upon hearing the judge’s decision” to have Jamie ousted from the conservatorship he established in 2008 to control her financial, medical and personal affairs. 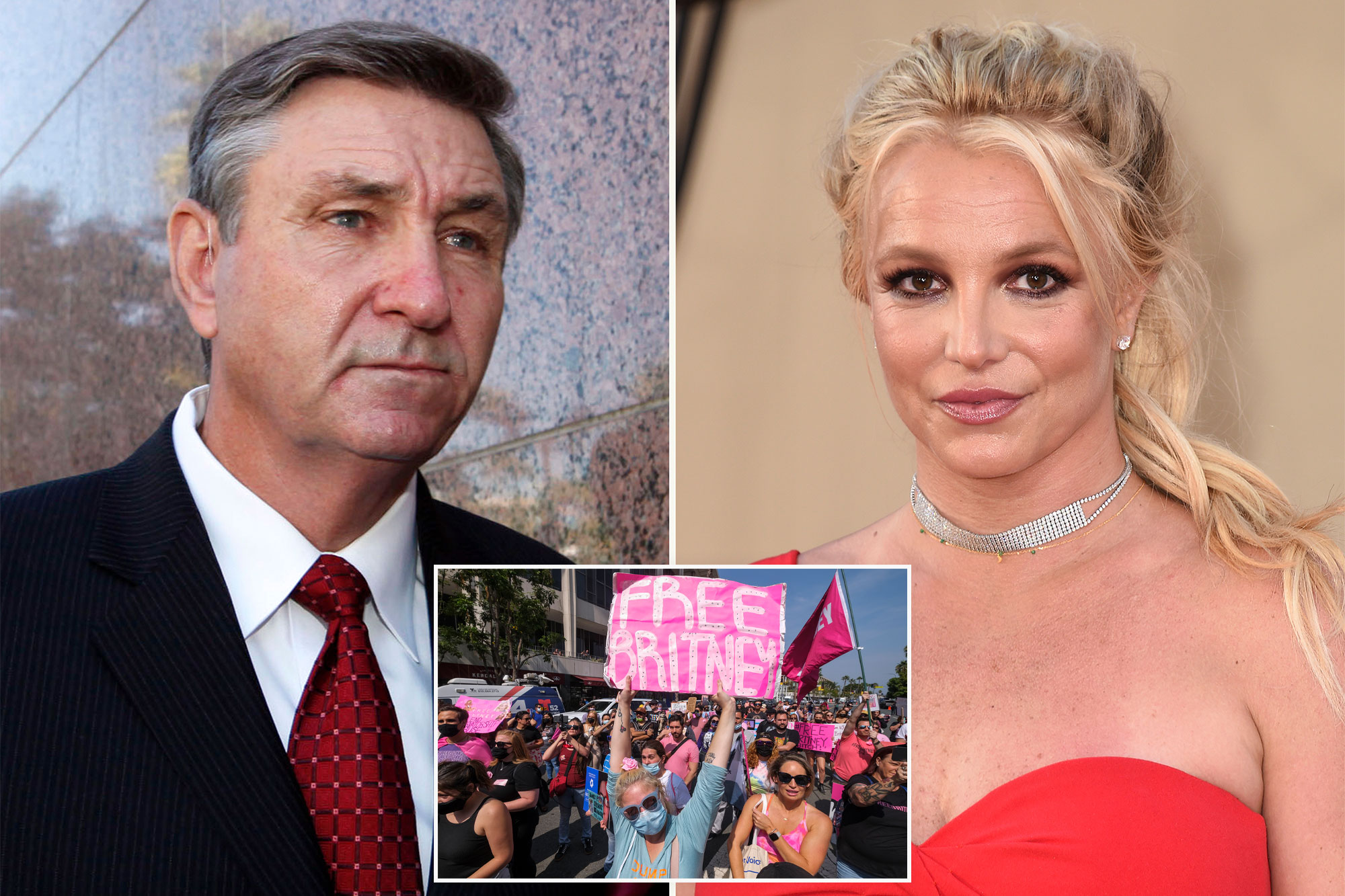 “For the longest time, she had begun to think that she would never see the day that her father’s domineering control over every single aspect of her life would end, but it finally happened,” added the insider.

Spears’ attorney Matthew Rosengart told reporters outside the courtroom on Wednesday that his next priority is to dissolve the conservatorship altogether. The next hearing has been set for Nov. 12.

Until then, Rosengart plans to fully investigate Jamie’s conduct.

“I said at the outset that my firm and I were going to take a top-to-bottom look at what Jamie Spears and his representatives have done here,” he said in part. “That’s already in process, and it will continue for as long as it can possibly do that to get justice for Britney.”