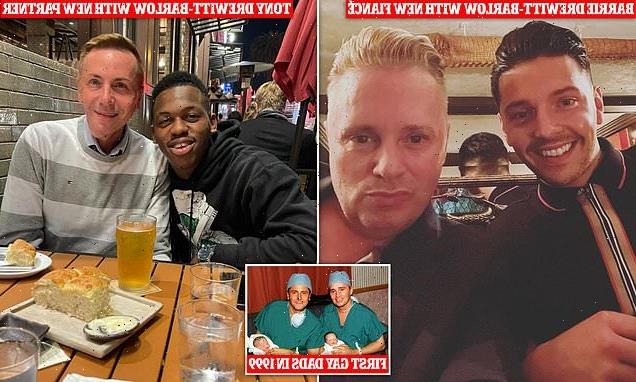 One of Britain’s first gay dads, 50, announces he’s planning TRIPLETS triplets with his ex-husband who still lives under the same roof AND his toyboy fiancé (who’s his daughter’s ex boyfriend!)

One of Britain’s first gay dads have revealed he’s hoping to father triplets with his ex-husband and his toyboy fiancé.

Barrie Drewitt-Barlow, 51, made history with his then partner Tony Drewitt-Barlow in 1999, when they became the first gay couple to be registered as parents after welcoming twins Saffron and Aspen via surrogacy, followed by a son, Orlando.

Father-of-six Barrie, separated from Tony in 2019 and got together with his new fiancé Scott Hutchinson, 25, who used to date his daughter, with the pair welcoming a daughter Valentina in October 2020.

Both men donated sperm to have Valentina with an egg donor via surrogacy, and don’t know who is her biological father.

Now Barrie has told Closer of his plan to have triplets with both his fiancé and his ex-husband, who still lives under the same roof at the family’s 10-bedroom Florida estate, and a surrogate is lined up to be implanted with three embryos in the next few weeks.

One embryo is Valentina’s biological sister and was previously fertilised with either Barrie or Scott’s sperm, while the other two have been frozen for 22 years since Barrie first embarked on the surrogacy process with Tony.

It’s believed that older batch were fertilised only with Barrie’s sperm meaning that Tony will have no biological link to the new babies.

Yet Barrie is determined that they will become the first three people of the same sex to have their names on their children’s birth certificates, and will raise the children together as a family. 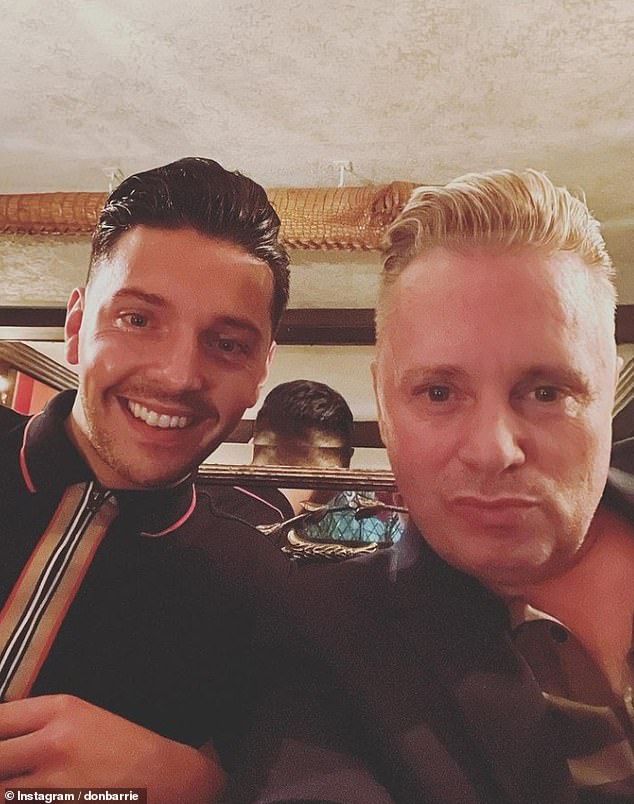 Barrie Drewitt-Barlow, 51, who made history in 1999 when he and his then partner Tony became Britain’s first ever gay parents, has announced he now wants to have triplets with Tony, and his new toyboy Scott Hutchinson, 25, with whom he already shares daughter Valentina, one. The trio want to raise the children together in the home they share in Tampa, Florida

They believe it will make them the first three people of the same sex to all have their names on their children’s birth certificates.

Explaining the decision to have more children together despite their

‘Even though Tony and I are separated, we are still very much a family. We have made history as the first same-sex couple to have our names on our children’s birth certificates – now we want to make history again as “throuple” dads,’ Barrie said.

‘I love being a dad more than anything and don’t see myself stopping having babies any time soon,’ he added.

The trio have already found a surrogate, who will be implanted with the three embryos in the next few weeks. 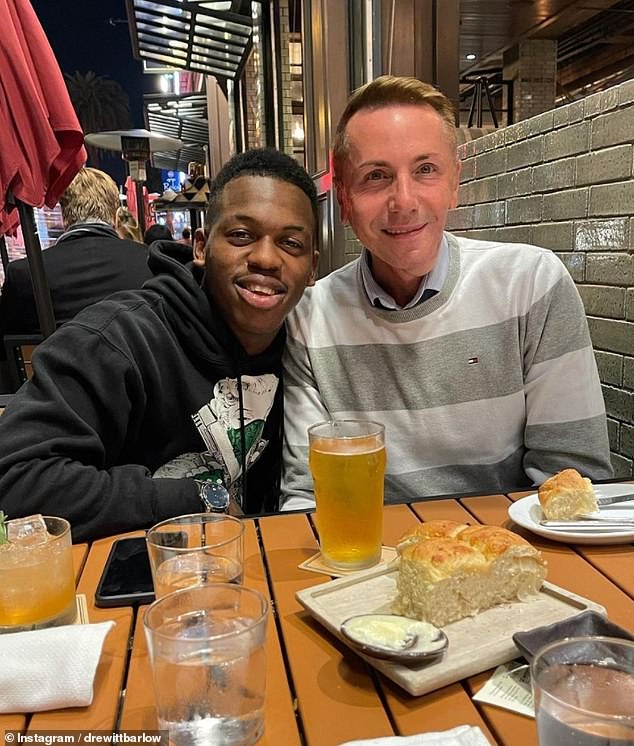 Tony, 56, is also dating a new partner, but wants to raise the triplets together with Barrie and Scott, with whom he lives 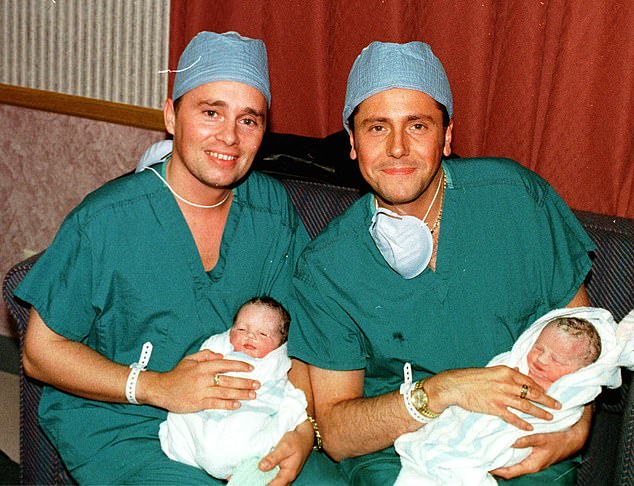 Barrie and Tony made history when they welcomed twins Saffron and Aspen in 1999, pictured. Their name both appear as ‘father’ on the twins’ birth certificate

One of the embryos is a biological sibling of Valentina, which was donated by a donor and fertlised with their sperm sample when she was conceived via IVF in March 2020.

The other two embryos have been frozen for 2022 years and are biological sibling of Tony and Barries’ first IVF twins Saffron and Aspen.

Barrie, a father-of-six, had more children with Tony after the birth of his eldest children in 1999.

After 32 years together, the couple separated ,and Barrie began dating Scott, who is the ex-partner of his daughter Saffron, 21.

Together, the pair welcomed their daughter Valentina, one, in October 2020.  Barrie said triplet would be the ‘perfect gift’ for her. 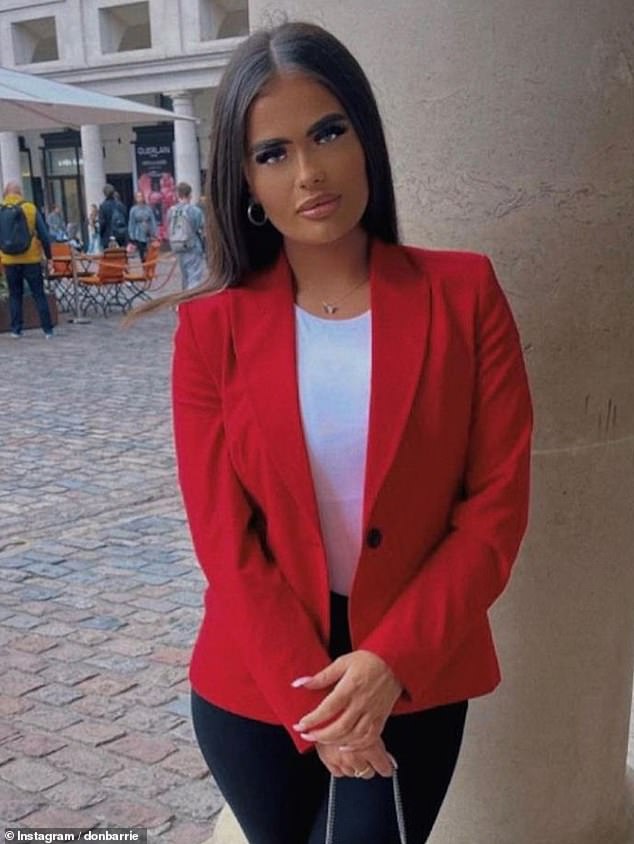 Barrie’s fiancé Scott once dated his daughter Saffron, 21, pictured, but now the gay couple want to have more children 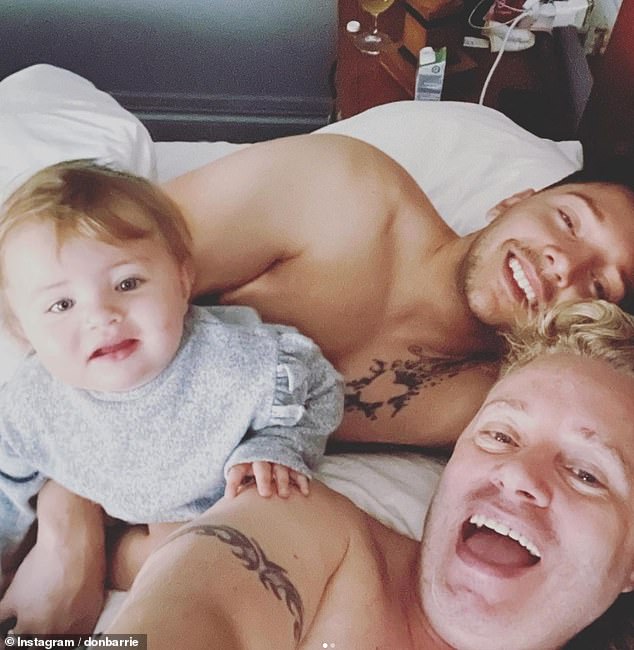 Barrie and Scott are both parents to Valentina,one, pictured, who was born in October 2020. In total, Barrie has six children, five of which he shares with his ex-husband Tony

He admitted the child wants for nothing, thanks to her billionaire dad, who made his fortune thanks to his and Tony’s research company and property investments.

However, he said Scott and him wanted Valentina to have siblings that were close to her age as well.

Generous dad Barrie revealed in June that his six children have an unlimited spending allowance and admitted he’s spoilt them from the moment they were born to make up for them not having a mother in their lives.

The Manchester-born businessman, 51, told how he gifted daughter Saffron, 21, a £500,000 diamond and ruby ring once owned by Wallis Simpson when she was a baby. 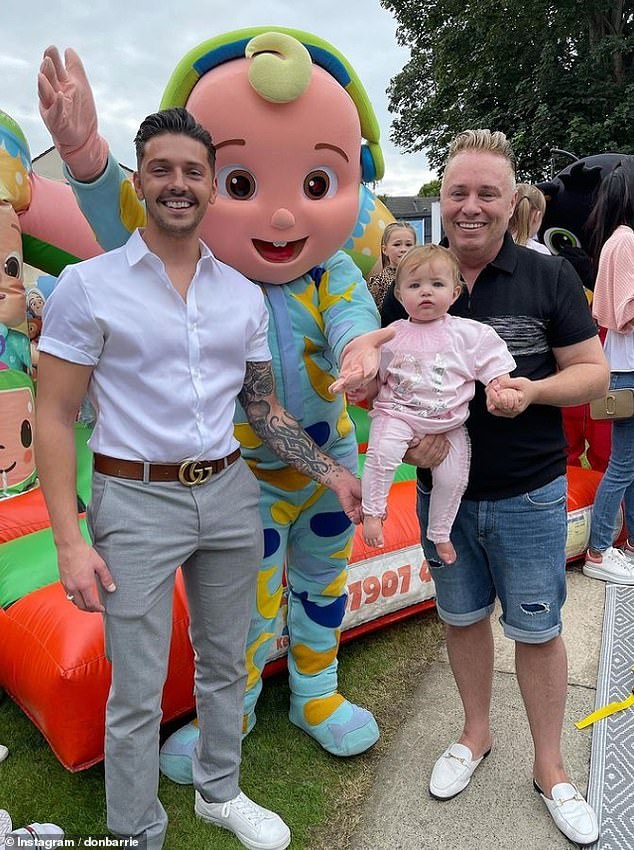 Scott, Barrie and Tony plan on raising the triplets as a trio in Tampa, in the 10-bedroom-mansion they share 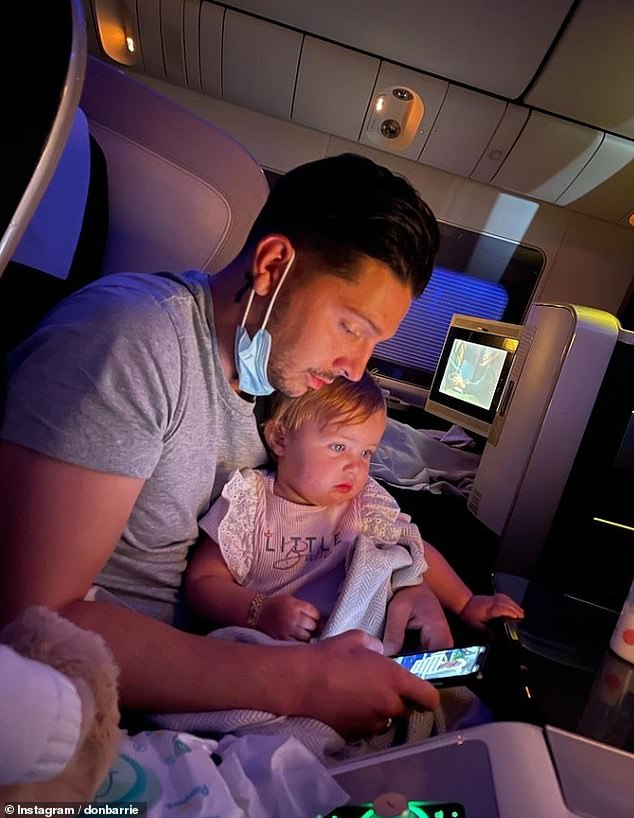 Barrie began dating Scott in 2019 after separating from Tony. The pair are now engaged and share a daughter together, pictured

Barrie, who now lives in a £6million, ten-bedroom mansion in Tampa, Florida with all the family, insisted his generosity doesn’t make his children ungrateful, and argued that parents who claim buying their children anything they ask for makes them spoilt brats are ‘using it as an excuse not to treat them’.

‘Nothing makes me happier than seeing my children light up when I buy them the latest design gear or a new set of wheels,’ he told Fabulous Digital at the time.

‘None of my children have an allowance, what’s the need? Instead Aspen, Saffron and Orlando, 17, have an unlimited Black Amex card. They can just spend whatever they want and at the end of the month I pick up the bill.