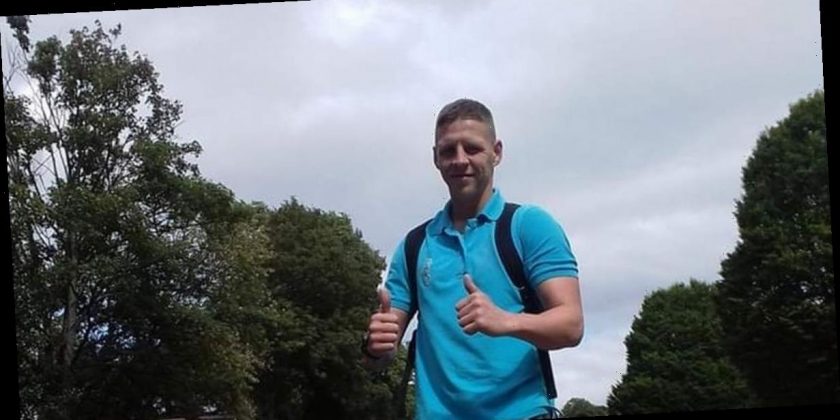 A British drugs mule says he had AK47s pointed in his face, was told to strip naked and beaten with clubs while serving time in a Brazilian jail.

Craig Gifford, from Runcorn in Cheshire, has laid bare how he was caught trafficking cocaine into the South American country.

He says he was left sleeping on a concrete floor in a notorious Sao Paulo jail, at one time living in a small room with 35 other inmates.

"I served two years in Brazil and I had AK47s pointed in my face, I was told to strip naked, and beaten with clubs as I ran through the jail to try and get away," he told.

"In Sao Paulo, I had a concrete bed, no mattress, with a hole in the floor to go to the toilet, loads of insects and mosquitoes…it was unhygienic from top to bottom."

The now 33-year-old, who currently lives in Dingle with his dad, stashed 6.5kgs of the Class A in his suitcase, but in 2014, his luck ran out and he was stopped by the South American authorities.

The former salesman and warehouse worker was handed an eight year prison sentence for substance smuggling, which was later reduced to six years and nine months.

Five years on, Mr Gifford is back on Merseyside, clearly contrite and admitting mistakes, but he says he is struggling to get his life back on track.

And he wants to warn others who might be considering getting involved in similar criminality to think again.

While he was caught in Brazil, on his third trip to that country, Mr Gifford admits he had carried out similar drug mule operations, in places including Thailand, Vietnam and Spain.

He was paid tens of thousands to take the risk, but much of those rewards were lost, he says, when he was robbed by a family in the Philippines jungle.

Fed in jail on a daily diet of rice and beans, he survived by "keeping his head up" while behind bars and showing other lags he could stand up for himself.

He claims he was allowed one hour of cold water in the morning, and another hour of the same in the evening, to wash and drink.

After 24 months in Brazil, Mr Gifford was transferred to HMP Wandworth in London before a stint in HMP Berwyn in Wrexham, and finally time in the open conditions of HMP Kirkham, near Preston.

He was freed in April this year and while he managed to gain some employment in recent months, his post traumatic stress disorder has left him unwell and needing regular counselling.

Mr Gifford said he was introduced to drugs bosses "through a friend" and was soon being offered £25,000 to sneak through hauls of cocaine to the other side of the world.

The Runcorn man, who spent time in foster care when he was young, said his life was turned upside down when his brother was knocked off his bike by a car, aged just 10.

His mum, Debbie, was left broken hearted and she died at the age of 47 after suffering a blood clot.

After his mum died when he was aged just 27, he says the experience left him in disarray and unable to cope with normal every day life.

Mr Gifford, whose story will be told next year on the TV show Banged Up Abroad, told the ECHO: "Conditions were so bad in Sao Paulo, with prisoners running the jail and nobody to stop the violence – it's all about gangs.

"Brazilians were coming to my window and asked if I smoked weed.

"My head fell off, I wanted to come home in a box.

"I did something I shouldn't have done.

"I won't let what happened to me defeat me, I'm still fighting.

"They say what doesn't kill you makes you stronger.

"I haven't let the experience destroy me, I can see good things coming in my future.

"If caught smuggling drugs in other countries, it's not like England, they don't care if you live or die."

Mr Gifford says he had a difficult upbringing, and after the tragedies of his brother and mum's deaths, he "took the wrong route and went into self-destruct mode."

"I only found myself at the end when I was free, and discovered I could be a good person on the right side of the law," he said.

"I just need a fair go, this is a true story, it's the Real McCoy. I'm going to write a book about it soon.

"In Sao Paulo jail, I was singled out because I was the only English guy, I had to take a knife off someone once.

"I had 10 men always on my shoulder, I walked round with my head held high – if you look like a victim, you get killed.

"I had to look confident."

On one occasion, Mr Gifford says he was locked in a cell with a Nigerian inmate, and the pair spent 12 hours through the night beating each other, with nowhere to escape.

He said: "I showed people what I am like in a life and death situation."

During his time abroad, his dad sent him a letter every week, a small source of hope while he prayed for his South American hell to be over.

Charity Prisoners Abroad were another lifeline for Mr Gifford, sending him money every month on which to live on.

Mr Gifford, who also spent time living in the Philippines jungle, now receives Universal Credit every month, but he says it is barely enough to live on and he is desperate for an employer to give him a chance.

He added: "When I was introduced to the world of drugs trafficking, my head was so far up my ****, I'd lost my mum, my fiance, my job…

"I was a ticking timebomb, it felt like a suicide mission, I didn't care if I was killed.

"I've had four jobs since I got out in April…I tried to rush myself into it, but it's knocked me for six.

"I can't go to foodbanks.

"I am struggling, but I'm alive and thankful for it.

"I still have my family.

"Looking back, I can't believe how crazy and stupid I was, but it was a bad situation that I put myself in."