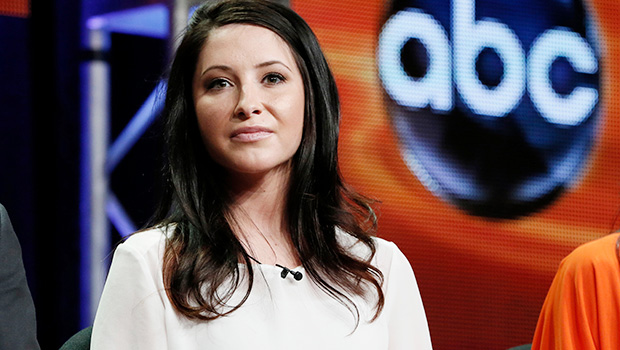 Bristol Palin reveals she’s fighting with her teenage sweetheart over money and their son in a ‘Teen Mom OG’ sneak peek.

Bristol Palin, 28, is fed up with her ex Levi Johnston, who is her son Tripp’s father. The reality TV star opens up to a friend about her frustration with the 28-year-old on the upcoming Nov. 19 episode of Teen Mom OG. In a clip, obtained by Page Six the mom-of-three says, “I’m glad Levi’s been stepping up but I’m still having issues with him over money.” She spills her anger during a car ride with her pal Kim, as she reveals that she’s set to take 9-year-old Tripp to Alaska to go hunting with his dad. WATCH THE CLIP OF BRISTOL PALIN TALKING ABOUT HER EX LEVI JOHNSTON HERE.

“I am so frustrated with Levi,” Bristol says. “There was a contract that was sent that Levi needs to sign for Tripp’s dance competition show so that Tripp could obtain payment.” (The “dance competition show” that Bristol is referring to is Dancing With the Stars: Juniors, which is currently airing on ABC. Tripp was eliminated on Oct. 8 on the premiere episode.) She adds, “Levi refuses to sign this contract, saying that he has zero interest in the money that Tripp makes. And you have to do this. It’s like universal. Just like I had to sign the exact same one. But they’re not going to pay Tripp into his trust account until it says that Levi has no interest in it and he’s had this piece of paper for two months now.”

Bristol goes on to say that she and Levi “had been making amazing strides towards a great relationship” and that things between them had been “super comfortable.” She says, “It’s just frustrating to me because you don’t ask about his school or anything like that, so why all of a sudden are you concerned? Could you even start paying for these tickets for your son to go visit you?”

Critter hunting with my mini me

In the clip Bristol admits that she has “trigger buttons” with her “baby daddies,” which also includes her now ex-husband Dakota Meyer, 30, who is father of her two daughters – Sailor, 3, and Atlee, who is 18-months-old. “I don’t know what I’m doing wrong to have these terrible relationships with Dakota and with Levi,” she says, “and if there’s something that I can do better, like let me know. ‘Cause it’s not fun having to fight with Dakota and to fight with Levi and it’s all over the pettiest stuff that’s not going to matter five months from now.”

Fans will have to watch the Nov. 19 episode of Teen Mom OG at 9pm on MTV to find out how this frustrating situation plays out!