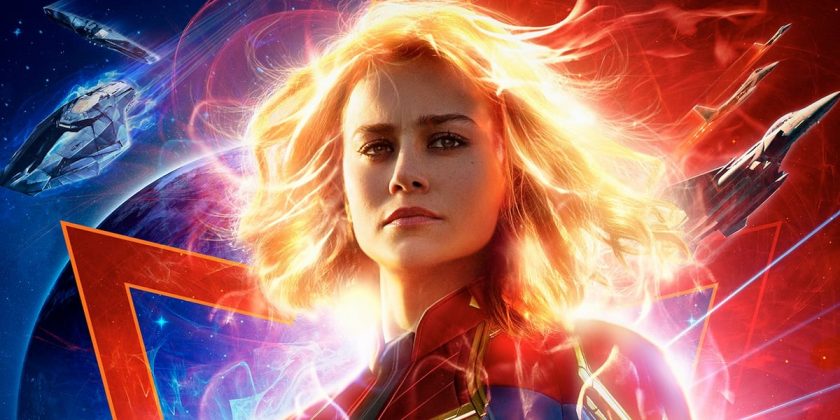 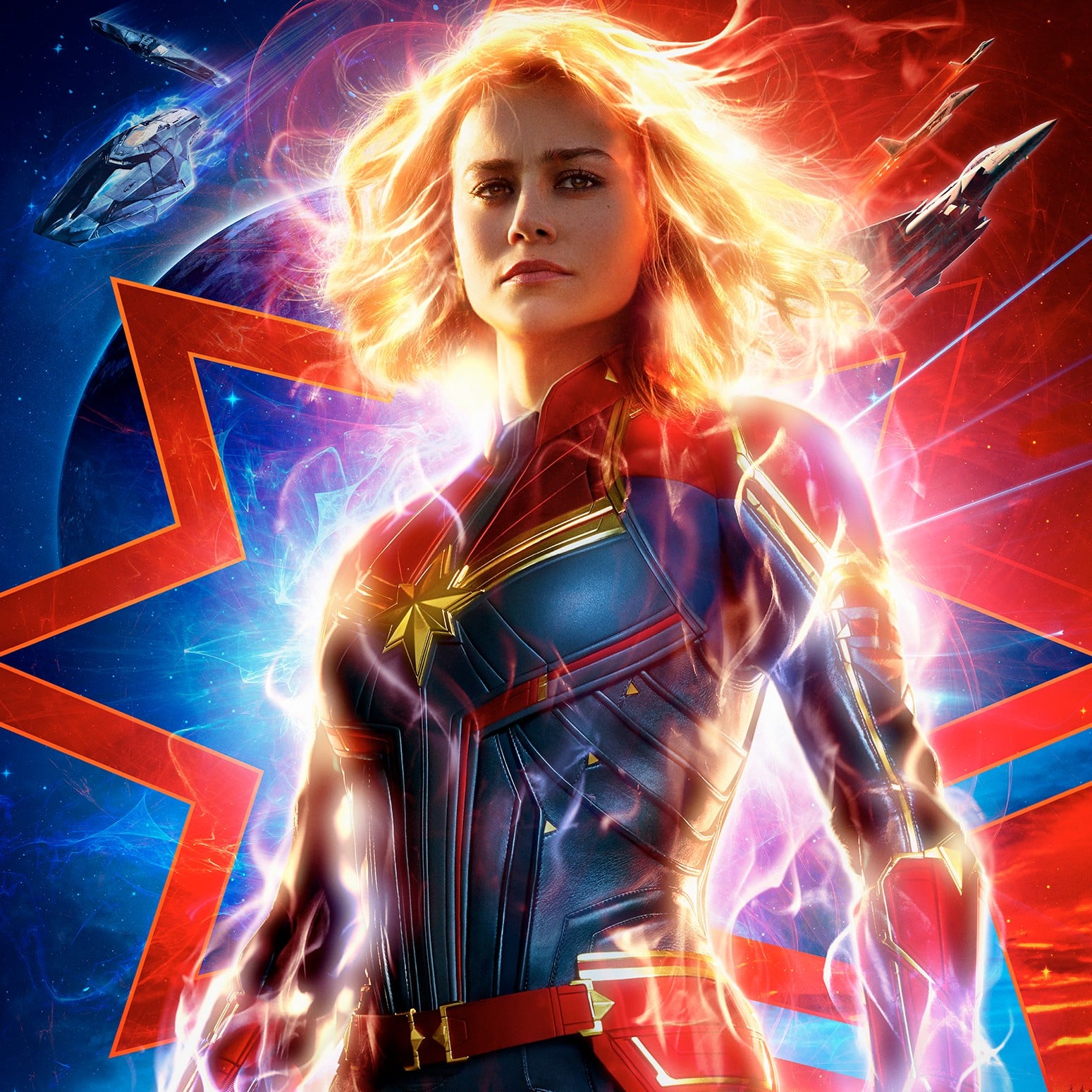 As we all know, the Avengers are in a serious lurch at the end of Infinity War: Thanos has done his deed, snapping his fingers to eliminate half the universe. Plenty of our favorite heroes have vanished into dust. All hope lies with one person, but she’s never even appeared in the Marvel comics universe. In fact, the movie’s postcredits scene only features an old school beeper with her insignia. But Captain Marvel is coming, and she’s one of the most powerful forces in the Marvel universe.

That’s enough of a burden to bear, right? Defeat Thanos, save the universe . . . all in a day’s work. But this heroine has one other fantastic distinction: her solo debut, Captain Marvel, will be the first film in the Marvel universe to be led by a woman. The profound impact of this project is not lost on the actress who will bring Carol Danvers to life: Brie Larson. During production, Larson sat down with POPSUGAR and a group of other journalists for an intimate, top-secret interview. She strode into the room smack dab in the middle of a filming day, fully decked out in her incredible Marvel supersuit, and talked to us about her experience. “Whenever I feel nervous and scared, I feel like I can turn to her, and I feel like I got this. And that feels really awesome,” Larson said.

With more than a decade of Marvel films, the studio clearly faced a lot of pressure while executing the film. Luckily, it seems the powers that be have taken care, every step of the way, to craft something really special. “It was all written by women, and I didn’t realize how vital that is until I read it for the first time,” Larson said. “I realized it changed the way I viewed myself.” 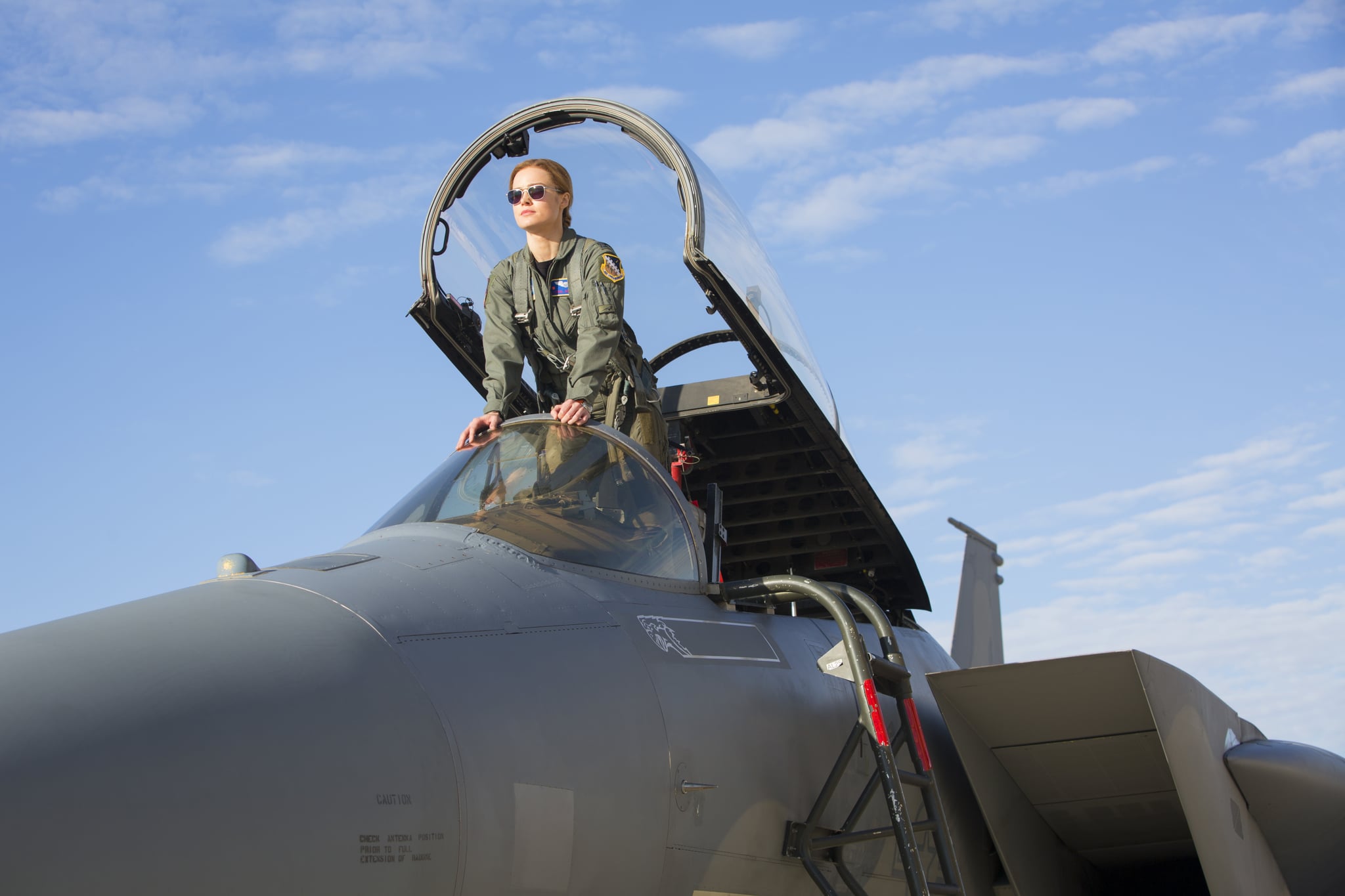 She goes on to describe small minutiae, tiny moments in a script that are almost imperceptibly laden with archaic gender norms. Consider, for instance, a villain who wants a female character apprehended. The phrase that comes to mind is “Get that girl!” instead of “Get that woman!” Larson says this isn’t a specific example from Captain Marvel‘s script, but these are the kinds of things that become quietly evident throughout. “I was like, ‘Oh my God, I’m a woman.’ You don’t realize it — that you’re slowly conditioned in these ways.” Her smile practically glowed at the power of that prospect: that the writers seemed to have addressed long-present issues that many didn’t realize were issues in the first place. “The beauty of this is that there have been so many women involved in the making of it that I don’t feel like I’ve had to fight as much, because I felt understood from the beginning.”

Larson, of course, is putting just as much work into this historic landmark film. She recalled the intense training, saying, “I knew that if I could go through that experience, I would get closer to her.” She trained for around four and a half hours every day for nearly three months. “I just started to fall in love with it. I started to fall in love with the way my body was changing and transforming. It was the first time where I felt like I was making my body work for me,” she said.

This decision, to train hard, was an adjustment; Larson had actually spent quite a lot of her career avoiding any sort of focus on her body or physique. “In the past, I was more interested in my body never being part of a conversation. To me, it felt like objectification, and I just wanted to be a brain. So, I’ve only cared about reading books . . . anything that involved my body just felt like it made me itchy. But this was an opportunity to me to take back and make my body mine.” What’s more, doing a lot of her own stunts (which she did!) and being in excellent shape meant she was making a point: to quote Unbreakable Kimmy Schmidt, females are strong as hell. “If I was seeing this movie, I think it would mean so much more to me knowing that there was that type of dedication put into it. It’s not just . . . ‘girls are strong with CGI.’ It’s ‘girls are strong.'” 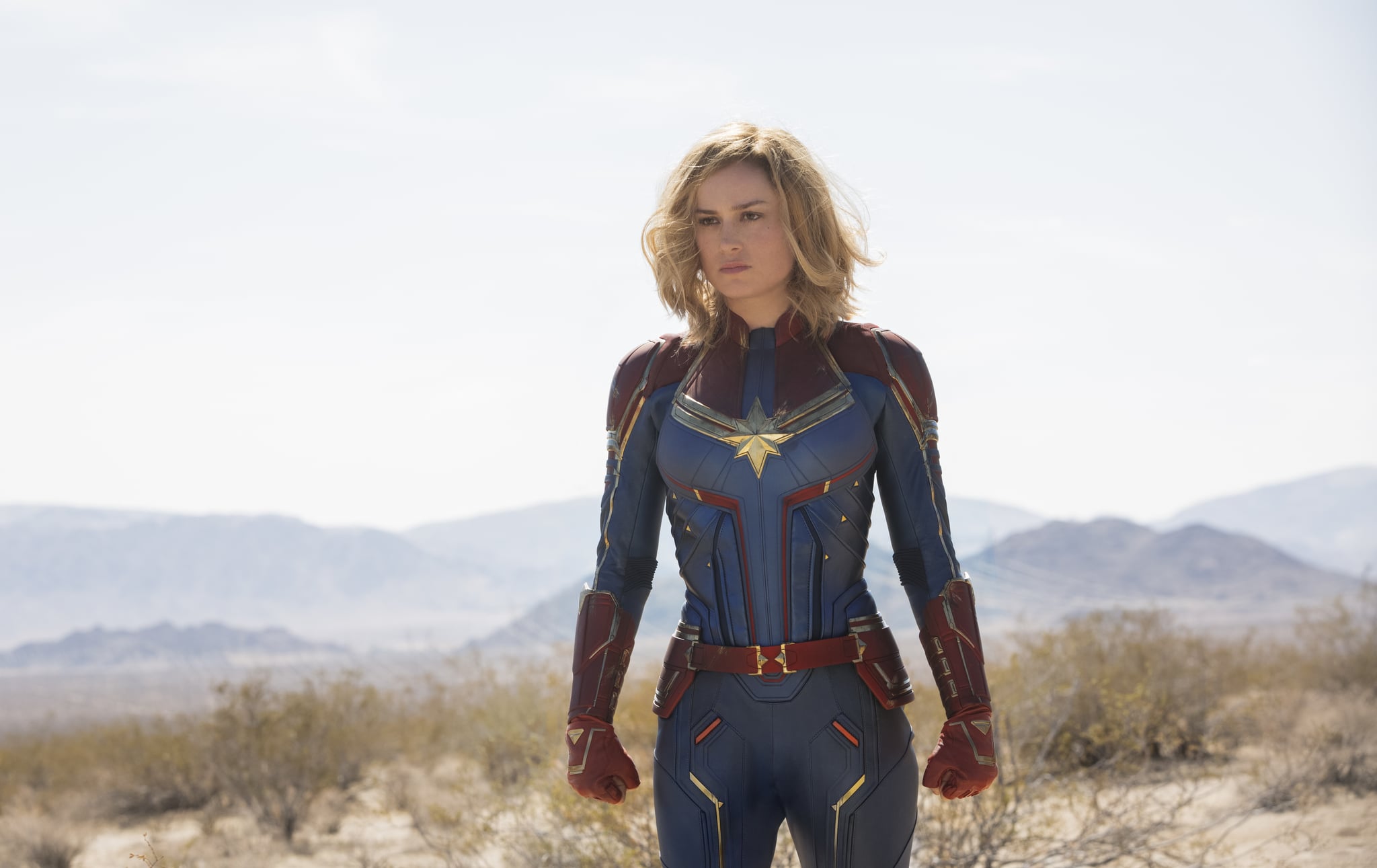 At the end, it’s time to ask the burning question. Captain Marvel is inherently powerful as a film because of the context. But how is Captain Marvel — as a hero, as a person? “I’m trying to think of what I can say about that that’s not gonna get me in trouble,” Larson said with a laugh. Measuring her words, she painted a picture: “I love that she’s unapologetic. I love that she’s not apologizing for her strength . . . she’s never trying to shrink herself because of who she is. And she can’t even be somebody else if she wants to. She can’t. It’s like she can’t be contained. And I think that is such a beautiful thing.”

“But the fact that she is just herself and cannot be contained is pretty awesome,” Larson sums up. “It means that she’s wild. That’s part of what I love.” Captain Marvel lands in theaters on March 8, 2019. That’s International Women’s Day, if you didn’t already know.