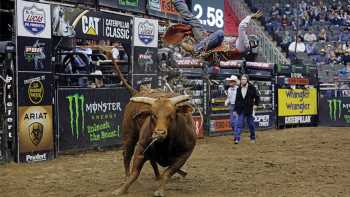 Variety’s analysis of Endeavor’s financial health shows serious weaknesses that are laid bare in the prospectus it filed with the Securities and Exchange Commission on May 23 for its upcoming IPO. The numbers demonstrate that Endeavor, which has grown rapidly through acquisitions over the past six years, did not turn a profit in 2016 and 2017, and only did so in 2018 because of the sale of its IMG College division. That asset came to Endeavor through its $2.1 billion purchase of sports and events powerhouse IMG in 2014. At present, Endeavor has negative cash flow, according to financial experts, which will be a problem if the picture doesn’t improve in the next two years when the company also faces higher payments to service its $4.6 billion in debt. The company values itself in the prospectus at $9.9 billion.

Endeavor’s black ink has been fueled largely by recent asset sales. IMG College brought in almost $400 million last year, and the company’s 49% interest in advertising agency Droga5 yielded $207 million in late March. Observers see those deals as capitalizing on opportunity but also as a means of Endeavor improving the financials as it prepares for its close-up on Wall Street.

For its size, the company is also shouldering a large amount of debt, which stands at $4.6 billion. The payment schedule for its current obligations accelerates in 2022 and 2023, meaning that Endeavor needs to generate a significant increase in cash flow to service the debt or it will have to refinance.

Endeavor’s disclosure emphasizes adjusted earnings before interest, taxes, depreciation and amortization (EBITDA) as the best metric to judge the health of operations. Adjusted EBITDA is a common metric used by companies preparing for IPOs to eliminate one-time gains and losses. But in the case of Endeavor, as it absorbs and integrates numerous acquisitions, the adjusted EBITDA numbers skew the picture of the company’s performance. On a company-wide basis, losses from continuing operations expanded in 2017 and 2018, which paints a far less rosy picture than adjusted EBITDA.