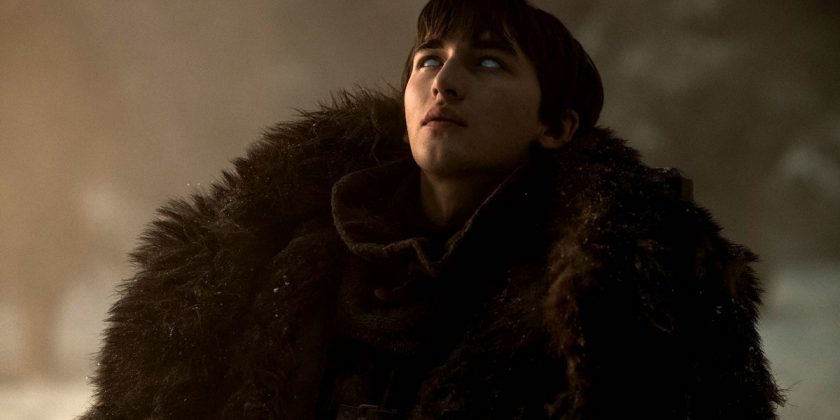 Sunday night’s epic Battle of Winterfell episode of Game of Thrones actually revealed more than fans may have noticed at first glance. Although many fans were hoping for a lot more explanation about the Night King and Bran Stark than we got, there was one subtle detail that confirmed the extent of Bran’s powers as the Three-Eyed Raven. A scene from last season shows that Bran knew Arya would kill the Night King on Game of Thrones all along.

Spoiler alert: This post contains spoilers from Game of Thrones Season 8 Episode 3, "The Long Night." In a totally unexpected twist, the Battle of Winterfell ended with Arya Stark ambushing the Night King as he was advancing towards Bran near Winterfell’s weirwood tree. Arya plunged her Valyrian steel dagger into the Night King’s stomach and he disintegrated into shard of ice, with his entire army of undead suddenly falling along with him. Viewers may not have seen this twist coming, but it seems like Bran Stark actually did.

Earlier in the episode, Bran wargs into a raven as the battle rages on and flies towards the Night King on his dragon. It is never made clear why Bran did this, but it seems like he is actually leading the Night King towards him. This would suggest Bran has a plan to defeat the Night King near the weirwood tree, and sure enough, that is where Arya kills him.

But did Bran really know that Arya would run up to save him at the last minute? If you look back to last season, it appears he actually did! As fans pointed out, when Bran reunites with Arya in Season 7, he gives her the Valyrian dagger that will kill the Night King in the exact spot that she will kill him in: right under the weirdwood tree.

Back then, the dagger hand-off scene seemed to be important, but it was not clear why. Bran looked majorly pensive and somber during the moment, seemingly hinting that this dagger was going to play an important role in Arya’s future. In the Season 7 finale, this look initially seemed to be foreshadowing Arya using the dagger to kill Littlefinger, but now we know that the dagger was destined to kill a much more dangerous enemy.

The use of the Valyrian steel dagger in killing the Night King also has a poetic resonance when you consider the dagger’s history. The dagger was first introduced in Season 1, when it was used in an assassination attempt on Bran. Since then, it has remained with Littlefinger, until he gave it to Bran and then Bran gave it to Arya. In the Battle of Winterfell, Arya used the dagger that was initially meant to kill Bran in order to save him. It is similar to how Littlefinger gifted Bran the dagger to try to save himself, but wound up being killed by that very dagger soon afterwards.

But the most important thing about all of this is that it looks like Bran really can see into the future just as well as he can see into the past and present, so definitely don’t underestimate him.