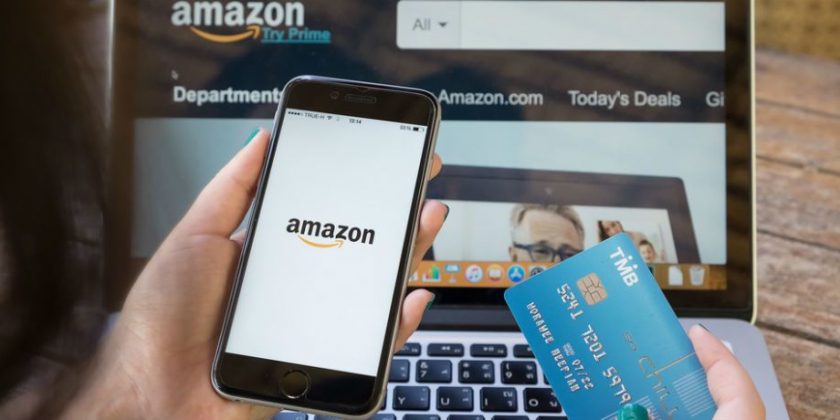 The major retailer is offering some fat discounts to online shoppers.

And, there’s no need to wait until the official starting time of Friday morning when stores open because the huge annual sale at Amazon is in full swing right now. Shoppers can experience some of the biggest discounts of the year on Amazon’s popular devices and top of the line gadgets without having to leave the comfort of their home. After all, it’s cold outside, and determined Black Friday shoppers can be daunting at best. Who needs that, right?

Fear not — because we’ve put together a list with some of the newest and most notable items that Amazon is slashing prices on. However, keep in mind that major deals at Amazon are live, with time-sensitive “Lightning Deals” occurring from now until the end of the weekend.

The fun and useful Echo Dot 2nd generation is a voice-controlled speaker that Alexa uses to do tasks such as control smart home devices, play music, make calls, set timers and alarms, and much more. Amazon’s list price for the Echo Dot is normally listed for $39.99, but with the Black Friday sale it’s $19.99.

Amazon’s popular tablet, the Fire HD 8 Tablet is definitely worth a glance. The device comes in black and includes an eight-inch high definition display and 16 GB of internal storage. The device normally lists for $79.99, but during the Black Friday promotion, it’s been marked down to $49.99

There are some big savings to be had on the best-in-class Bose SoundLink around-ear wireless headphones at Amazon. These headphones use wired & wireless connectivity technology and have deep, immersive sound. The list price is normally $279, but you can save $80 this weekend and get them for $199.

Black Friday sales are seeing the Echo Spot knocked down from its list price of $129.00 to $89.99, for total savings of 31 percent. The gadget, which connects to Alexa, comes in white. The device offers cloud-based voice service that can ask Alexa to turn on your lights, show baby monitors and front door cameras, and much, much more.

The dimensions to this Toshiba HD Smart LED TV with Fire TV added are spacious, and the device delivers 720p picture quality with rich colors and deep blacks. The TV additionally integrates live over-the-air TV and streaming channels on a unified home screen, although it requires an HD antenna to be bought separately. Black Friday shoppers can get it for a steal for $129.99 — that’s $50 off its listed price of $129.99.

The clocks a tickin’ on time sensitive deals, but they offer some of the top deals of Black Friday 2018. Time-sensitive deals abound from Amazon’s Choice laptops, desktops, and Echos to kitchenware such as the multi-faceted and trendy Instapot Duo. Notice the timer at the bottom of the picture of the “Top Black Friday Deals” merchandise because you’ll want to get your order in before it counts down to get the biggest discounts.

You can find fancy TVs at a cheaper price, and some of them may even be from TCL with Roku manufactured in, but this is the one you want, according to Wired. What’s also important is you can snag it for $320, and that’s $80 marked off the list price.

Here’s what the online technology magazine had to say about this find.

“The TCL 5 Series strikes a really good balance between beautiful picture quality and price. Since it has a Roku inside it, the interface and remote are easy to use and great for streaming out of the box.”

This Echo Dot designed with younger ears in mind is a good gift idea if you’re going to spend a little more money this year on the youngest members of your family. The kid-friendly edition of the Echo Dot normally lists for $269.98, but during Black Friday it’s being offered for $179.98. That’s a whopping $90 knocked off the price.

Lastly, be sure to note that this list is only the beginning of savings at the Amazon store, and they are offering discounted prices in every department.