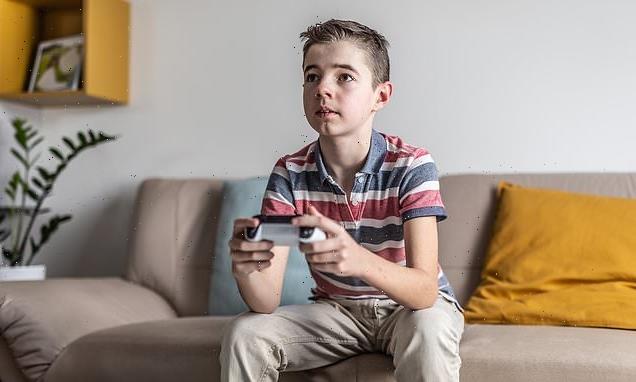 Boy, 10, will go without Christmas and birthday presents for six YEARS after running up a $300 Fortnite bill on his grandmother’s credit card

A ten-year-old will go up to six years without presents from his uncle to repay his grandmother, after racking up a $300 bill on his Nintendo Switch using her credit card.

An angry uncle, based in the US, posted to Reddit, where the story has gone viral, amassing 6,400 shares and 243 comments.

The irritated family member, who goes by the handle Pandalungs, said he still feels ‘petty’ toward his young nephew in the run up to Christmas, and Reddit users agreed with his plans, saying the young gamer’s Fortnite account should also be disabled to teach him a lesson. 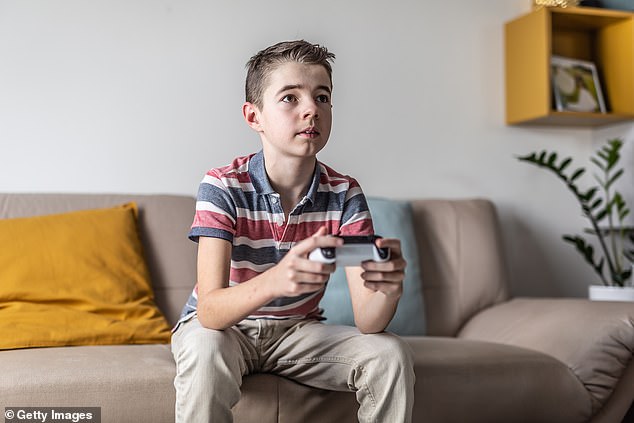 The charges continued to rack up on the Nintendo account, until the 10-year-old realised he had spent $300 on the game, but the Fortnite fan claimed it was an ‘accident’ (stock image)

The platform now allows gamers to choose custom made ‘skins’ for characters so they can make their online avatar look more unique, with the most expensive skin on Fortnite,the Galaxy Skin, costing an eye watering $999.

Pandalungs said on Reddit: ‘Nephew stole $300 from my mom by charging her card for Fortnite purchases while borrowing my Switch.

‘She won’t make him pay it back. So for the next three to six years, his birthday and Christmas roll around, I send $25-50 to her bank account, and don’t give him anything.’

The disgruntled family member had issues deleting his mother’s card details from the pocket console, explaining: ‘Maybe it’s lack of experience but I find the whole account thing between Nintendo switch, epic games, and Fortnite to be confusing.

‘I tried over and over to delete her card info out of the accounts, but he would always get it back somehow. I don’t think he could have written her info down.

‘My brother had to drive 45 minutes to get the Switch to me to delete the info.’ 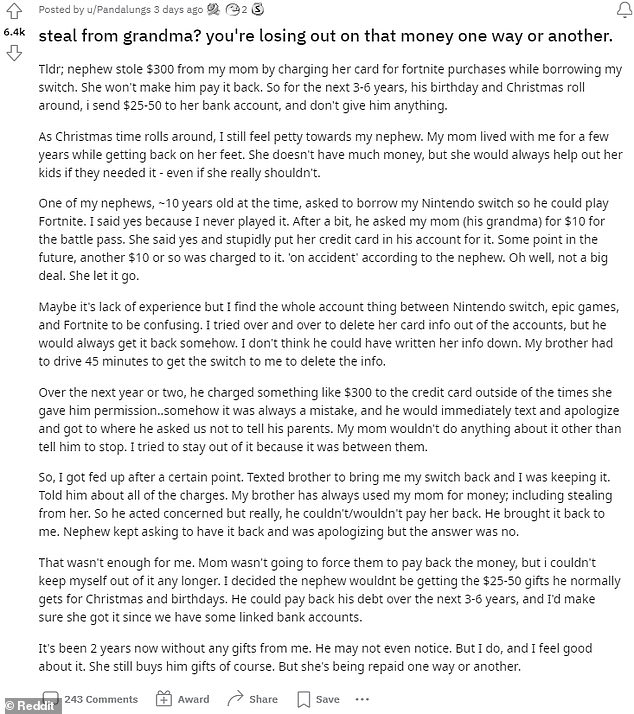 An angry uncle took to Reddit to explain he’s been withholding birthday presents from his newphew for two years after he ran up a bill on Fortnite, using his grandmother’s card

The user interface for Nintendo games makes it easy for children to spend money on the game, providing they have access to card details, and most online games have in- app purchases to provide an ongoing source of revenue for gaming companies.

The charges continued to rack up on the Nintendo account, until the 10-year-old realised he had spent $300 on the game, in addition to purchases he had made with his grandmother’s permission.

The child asked his grandmother to buy him a singular battle pass, which costs $10, and the doting relative agreed, giving him access to her credit card information.

People flocked to comment with their opinions, with many saying the Reddit user should let his nephew know that he is secretly executing vengeance

The gamer claimed it was a ‘mistake’, and would beg his grandmother and uncle not to reveal what he had been doing to his parents.

The Redditor said: ‘Somehow it was always a mistake, and he would immediately text and apologize and got to where he asked us not to tell his parents.

‘My mom wouldn’t do anything about it other than tell him to stop. I tried to stay out of it because it was between them.

‘That wasn’t enough for me. Mom wasn’t going to force them to pay back the money, but i couldn’t keep myself out of it any longer.

‘I decided the nephew wouldnt be getting the $25-50 gifts he normally gets for Christmas and birthdays.

‘He could pay back his debt over the next three to six years, and I’d make sure she got it since we have some linked bank accounts.

‘It’s been two years now without any gifts from me. He may not even notice. But I do, and I feel good about it.

‘She still buys him gifts of course. But she’s being repaid one way or another.’

Some suggested the Fortnite fan should be made aware that his Uncle is serving justice, saying: ‘You should send him a card saying “$25 has been paid in your honor to the grandmother Fortnite fund”’

Another said: ‘Wait until it’s all paid up and then send him an official looking invoice marked as paid with a list of all the birthdays and Christmases be in an itemized list.

‘That will look more like you meant to do that all along.’

Why you MUST monitor your child’s gaming: 12-year-old is sent pictures and messages whilst playing online

Can you spot why hundreds of people are slamming this present a mother got for her seven-year-old son?