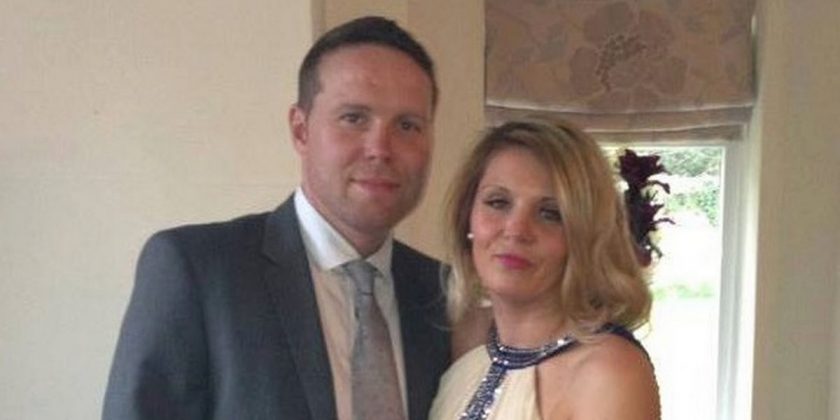 A teenager has been jailed for life for murdering a devoted stepdad by breaking his skull with a cricket bat as he searched for his family’s two stolen bikes.

Jimmy Owens, 16, "crept up behind" Derek Whyteside in broad daylight and "broke his skull" from the single blow.

Mr Whyteside, 42, collapsed to the ground where he was then attacked by two others, Stafford Crown Court heard.

Owens, who can now be named after reporting restrictions were lifted preventing the media from revealing his identify, was found guilty of murder following a seven day trial at Stafford Crown Court.

A jury rejected his claims of self-defence and lack of intent to cause serious harm.

Owens, dressed in a blue sweatshirt and grey trousers, remained emotionless in the dock as he was sentenced.

Mr Whyteside had been looking for a boy suspected of the theft from outside the home he shared with girlfriend Michelle Beddall.

During a confrontation, Owens approached the factory worker from behind and struck him round the back of the head with a "full swing" of the child-sized cricket bat.

Mr Whyteside suffered a fractured skull and eye socket and as he lay in street, Owens’ dad William, 40, and uncle Gareth, 39, ran over and stamped on him.

Witnesses said the boy, who had taken an exam at school that morning, shouted that he had “killed him” as Mr Whyteside lay motionless in the road.

The stepdad was rushed to hospital but died two days later on June 20.

Today Owens was jailed for life, to serve a minimum term of 10 years.

Judge Paul Glenn told Owens: “You took a weapon to the scene.

“You intended to have it available for use as a weapon, and you did use it to commit the murder.

“The offence was committed in broad daylight in the presence of children.”

Prosecutor Kevin Hegarty QC earlier told the jury of six men and six women that Mr Whyteside, who lived with his partner and her four children, was attacked in Telford, Shropshire.

Giving evidence in his defence the boy said he did not aim to hit Mr Whyteside in the head with the bat.

He said: "I just swung it up so I was aiming for the kind of shoulder area. To knock him down." "Whilst he was there, he was struck across the back of the head with a bat. The impact fractured his skull and the fracture extended into his right eye socket.

"Before he could take another step, he then collapsed on the ground."

Mr Whyteside’s head struck the ground as he landed, Mr Hegarty alleged, causing him another fracture, and he died two days later.

During his opening speech to the jury, Mr Hegarty said of the defendant: "You will hear he raised the bat to head height to strike the blow.

"It is described in the evidence as a full swing. When he did that he intended at the very least to do really serious harm to Derek Whyteside.

"He did so from behind Derek Whyteside, he did so without Mr Whyteside even seeing him. He gave Derek Whyteside no chance to take any action to defend himself, to get away or to evade the blow."

Owens, who denied a single charge of murder, was arrested and told police he had acted in self-defence, later claiming to have been defending his mother, the court heard.

Alleging that the boy had intended to cause really serious harm, making him guilty of murder, Mr Hegarty told the court: "This is not a case of self-defence. It was not necessary to swing the bat with such force so as to break his skull and cause him to collapse.

"He wasn’t under any attack from Derek Whyteside – he wasn’t even looking at him.

"What was going through this young man’s mind when he struck the blow was to cause as much damage as he possibly could."

The jury heard that William Owens and Gareth Owens, who are not on trial after admitting affray, both struck the victim while he was on the ground.

The charge admitted by William Owens, 41, and 39-year-old Gareth Owens, states that they "used or threatened unlawful violence" at the scene of the attack on Mr Whyteside.

William Owens was sentenced to 20 months while Gareth Owens will be sentenced later today.

The trial had heard how Mr Whyteside had gone looking for the people he believed responsible for stealing two bikes from his stepchildren.

Armed with a knuckleduster, the former factory worker, was said to have confronted the teenager who ran away.

Mr Whyteside’s partner, Michelle Beddall, told the court she went to Owens’ home to speak to his mother after viewing a neighbour’s CCTV footage of the bike theft.

Ms Beddall, who works as a carer, told jurors the boy laughed after she spoke to him about the bikes, while his mother claimed the youth in the footage was not her son.

"I was a little bit intimidated so I then walked back towards my car. They were calling me names," she told the court.

In her evidence from the witness box, Ms Beddall added that she had later phoned Mr Whyteside and could hear him saying "Just leave the bikes" before several further calls to him went unanswered.