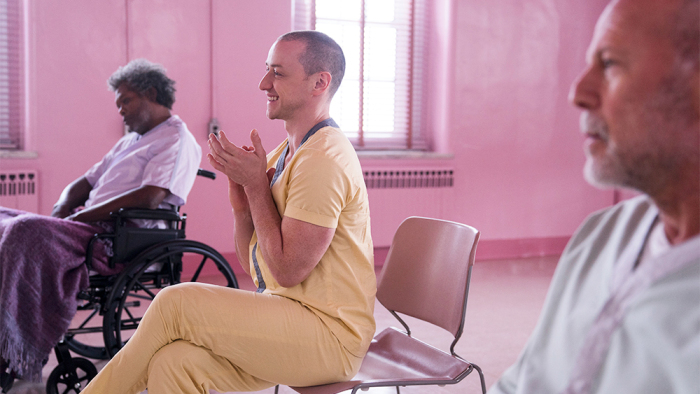 Universal’s “Glass” brings together the narratives of Shyamalan’s “Unbreakable,” which was released in 2000, and 2016’s “Split.” The supernatural thriller unites stars Samuel L. Jackson, Bruce Willis, James McAvoy, and Sarah Paulson. The film is set to open in 3,841 locations on Friday, with the studio anticipating a $50 million launch over the first four days.

“Glass” is expected to deliver the second-largest debut for January and for the Martin Luther King Jr. holiday, behind only 2014’s “American Sniper,” which delivered $89.2 million over the three-day weekend and $107.2 million during Friday-Monday. “Glass” could surpass “Ride Along” as the second-best bow during the four-day frame. Kevin Hart and Ice Cube’s buddy comedy took in $48 million during the same period in 2014.

Shyamalan wrote, directed, and financed “Glass,” which carries a $20 million budget. McAvoy is reprising his role (or rather, his 24 roles as “the Horde”) from “Split,” which debuted with $40 million and became a box office success with $278 million worldwide. Anya Taylor-Joy’s Casey Cooke character, who was kidnapped in “Split,” also returns for “Glass.”

Willis is back as David Dunn along with Jackson as his Elijah Price/Mr. Glass character from “Unbreakable.” Paulson portrays a psychiatrist specializing in delusions of grandeur, who treats patients convinced they are superhuman beings. Critics have been unimpressed with “Glass,” which has generated a 36% score on Rotten Tomatoes. Since Disney originally released “Unbreakable” in 2000, Buena Vista International is handling the overseas rollout for “Glass.”

“Glass” should dominate the box office this weekend as other studios sat out the holiday. Last weekend’s box office champ, STX Entertainment and Lantern Entertainment’s “The Upside,” could add another $15 million over the four days. The comedy-drama, starring Hart and Bryan Cranston, scored an unexpected victory last weekend with its $20.4 million debut.

Warner Bros.’ fifth frame of “Aquaman,” Jason Momoa’s DC superhero adventure, will also be a player and may challenge for runner-up. The Atlantean blockbuster will cross $300 million in North America.

Funimation Films’ Japanese anime movie “Dragon Ball Super: Broly” may also be a contender after opening on Wednesday with a dominant first-day total of $7 million at 1,260 North American locations. “Broly” has already grossed $53 million internationally, including $29 million in Japan. The pic took in $3.3 million on Thursday.

“A much-needed box office boost should come in the form of Universal’s ‘Glass’ that could shatter the MLK weekend opening record set by ‘Ride Along,’ with ‘Dragon Ball Super: Broly,’” he said. “This should be the weekend that rights the ship and gets the Industry moving in the right direction.”