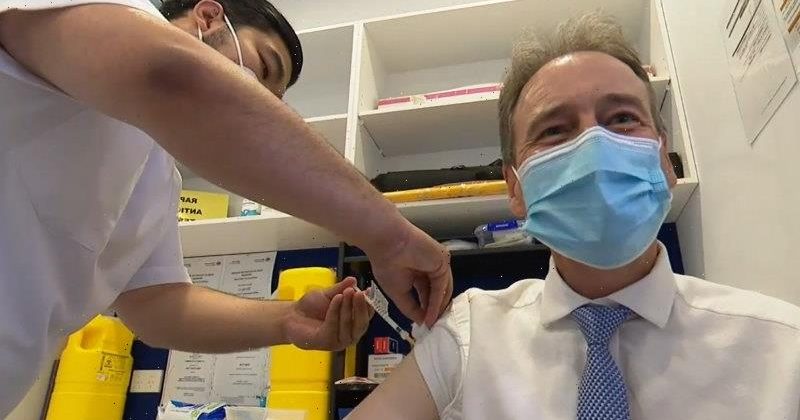 Booster shots have been brought forward after laboratory testing showed immunity from the coronavirus waned within six months after two doses as the country’s expert vaccine group says it will continue to monitor emerging data on the Omicron variant.

The federal government will also launch a booster campaign in the lead up to Christmas after a further 1.5 million people became eligible for booster doses on Sunday when the country’s expert vaccination group shortened the wait time for third shots to five months. 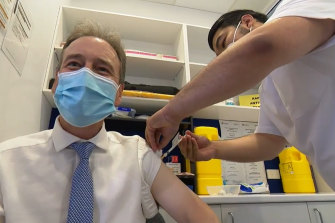 Department of Health Secretary Professor Brendan Murphy said although the Australian Technical Advisory Group on Immunisation (ATAGI) decided earlier this month to keep the interval between second doses and boosters at six months, emerging data meant that needed to be shortened.

“As one gets towards six months, their waning immunity of the primary vaccination means that a booster will be very important to continue that protection against this variant,” he said on Sunday. “We’re still learning about Omicron, but that evidence seems to be coming out of the lab.

“We are still protected with our primary vaccination, people shouldn’t be worried. But boosters are very important to give that extra immunity, particularly as the Omicron variant is likely to spread around the world.”

Professor Murphy and Health Minister Greg Hunt both received booster shots of the Moderna vaccine on Sunday morning, after the vaccine was approved for use as a third dose by the ATAGI.

So far 93.3 per cent of the eligible population aged 16 and up have had a first dose, and 89.2 per cent have had second shots. Mr Hunt said the country was ahead of schedule on boosters.

“Already, 683,000 people have had their boosters in Australia, well ahead of expectations,” he said after receiving his third shot in a pharmacy in Mornington.

ATAGI said it was still unclear how severe the Omicron strain is, but there was some evidence to show that bringing boosters forward to five months from six after second doses increases antibody levels substantially and provides earlier protection against the new variant.

“ATAGI will continue to review emerging evidence on the optimal interval between primary and booster COVID-19 vaccine and will provide updated advice in future as required,” the group said.

By the end of December, 4.1 million Australians will be eligible for boosters, a month earlier than originally expected.

Mr Hunt said Australia has the vaccine supplies to provide everyone who needs one with a booster shot. The country has so far received 7.2 million Moderna doses and about 40 million Pfizer shots. Australia has ordered 15 million variant-specific doses of Moderna’s vaccine for 2022 and 60 million Pfizer doses.

Professor Murphy said the side effects for the booster options, both mRNA vaccines, were similar to the side effects people experienced from their primary vaccinations — mainly sore arms, or fever.

People can get either booster, no matter which vaccine they had initially. While AstraZeneca is not formally approved as a booster, people who had adverse reactions to the mRNA vaccine can have that as a third dose instead, Professor Murphy said.

When asked whether one booster was better than the other, Mr Hunt said they were both “universal boosters”.

“If you’ve had AstraZeneca, Pfizer, Moderna, you can have the Moderna or the Pfizer as your booster,” he said, adding there were 9000 places around the country to get that third dose.