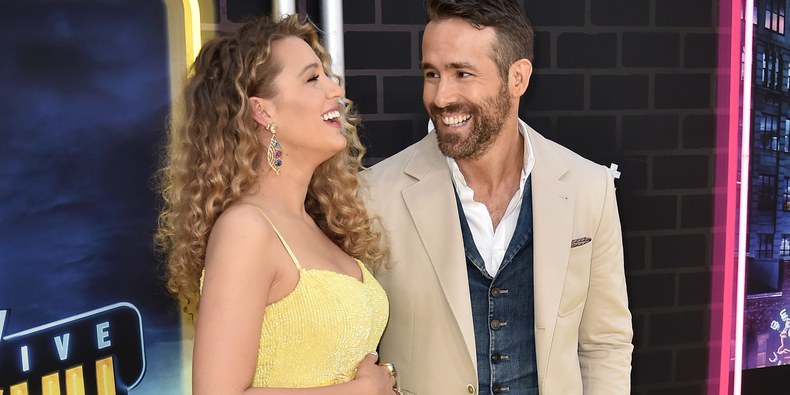 With the many, many celebrity babies born so far this year, and many more on the horizon, comes one more celebrity newborn to look out for: the third child of Blake Lively and Ryan Reynolds.

The actress appeared on the red carpet wearing what one might describe as a "Pikachu yellow" gown for her husband's new movie, Pokémon Detective Pikachu (in which he voices the titular animated private eye), and revealed a baby bump, much to the shock of the crowd.

The couple are already parents to two young daughters, Inez and James Reynolds, who are two and four years old respectively.

Now that Detective Pikachu has been officially released, and Lively has announced her third pregnancy by debuting her baby bump, the parents might take some time off. Reynolds previously told People that the couple take turns with projects so that one of them is always home to take care of the kids. “Blake and I don’t do movies at the same time. If she is doing a movie in Thailand and I am doing a movie in Vancouver we would just never see each other. We operate as a unit, and that works really well for us,” Reynolds said.

The news of another Reynolds baby should not technically come as a surprise, either, as Lively has been open before about wanting a large family. In 2016, she told People that thanks to both her and her husband's upbringings with a lot of siblings, that the couple would be down to have at least one more child. “I’m one of five kids. My husband is one of four, so we’re officially breeders,” she said, before adding, “All my eggs are in one basket, and that’s my family. That’s where my heart is.”

Related: Blake Lively Used to Lie About Wearing Forever 21 on the Red Carpet