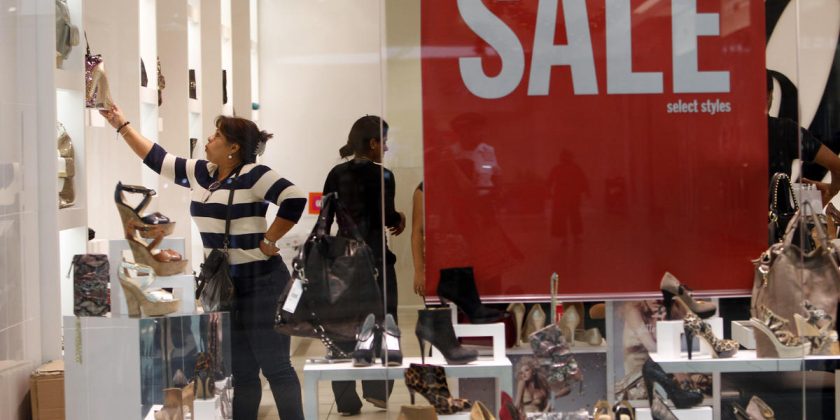 The holiday shopping season gets into full swing Thursday with a number of retailers opening their doors on Thanksgiving. The market research company eMarketer said holiday sales in the U.S. this year could top $1 trillion for the first time.

With a strong economy, major retailers are hoping to get a big boost from some 164 million shoppers planning to hit stores Thanksgiving weekend.

At J.C. Penney, stores are struggling with more than $4 billion in debt.

According to Deloitte’s annual forecast for the holiday season, brick-and-mortar stores are expected to cash in on the majority of the retail sales, seeing a 5 to 5.6 percent increase from a year ago to $1.1 trillion. E-commerce sales are expected to rise as much as 22 percent to $134 billion, compared with about $110 billion a year ago.

But some retailers need a strong holiday season to survive. CBS News business analyst Jill Schlesinger said she believes the season will be critical for several big retailers, including Sears.

“We also have a private company, Neiman Marcus, very high end retailer, has been working under a huge debt load,” she said.

The average household is expected to spend more than $1,500 this holiday with a majority of consumers saying they will research their purchases online first but then actually make their purchase in the store.

“This blended approach to the holiday season is going to really be important. That is how the big companies are going to survive,” Schlesinger said. “They’ve got to meet the consumer where the consumer wants to shop.”