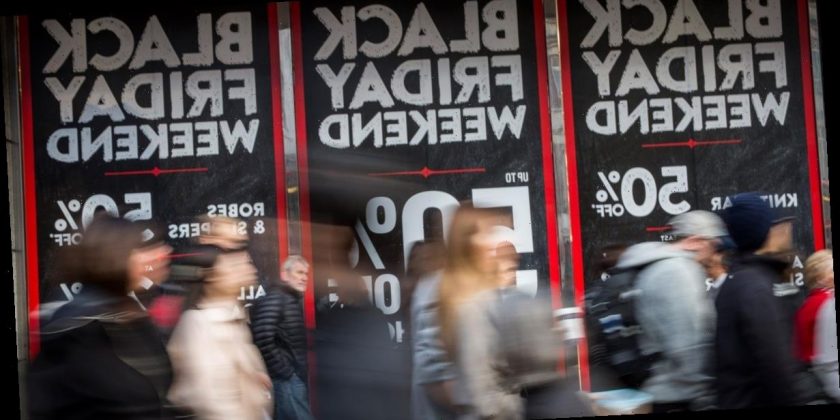 The days are ticking down until Black Friday – and after a horrible year, millions can't wait for the bargain hunting fun to begin.

The end of next week can't come soon enough for some as the search for super-cheap deals is about to begin.

There aren't many stores not taking part in annual flashsale.

But as we all know, when the offer of a deal presents itself many do tend to jump in head first.

Not wasting our money has never been more important.

So here are some really solid tips of what not to buy on November 27 – however tempting it seems! In the run up to December 25, this one will suck thousands of us in.

But, do you know how much fun – and cheap – it is buying decs a few days after Christmas?

Try it. All the shops knock pounds and pounds off, and you have an 11-month build up to next year's celebrations knowing you've got a light-up snowman for the back garden in the bag that nobody will see! If you really want to save money on jewelry – and watches – the advice is to wait until March.

Often, the Black Friday selections are extremely limited and sitting tight is advised.

Early spring is is when the deals and done. So what's the hurry? There's nothing wrong with treating yourself – but when huge offers are coming a month or so later, you need to be sensible.

Furniture stores often hold off on doing their deep discounts until the New Year.

So while some of their offers will seem good, there's even more money to be saved by holding on.

The new Xbox and PlayStation consoles hit the shelves this month – and some are holding out hope that savings are coming next week.

But will we really be saving a nice chunk of money by waiting a fortnight?

The short answer is no. Don’t expect to see any deals on these new models – add it to your Christmas list instead, or see what the New Year sales bring.

Those smart people at balanceeveryday.com have this one nailed.

They explain: "Usually, the big deals on Black Friday are comprised of older, slower, basic models from the previous year. That does not mean it is faulty merchandise, but it won't have all the bells and whistles of the newer models."

The best advice, they say, is "to know what you are buying by doing your homework and reading reviews. Make sure there isn't a good reason that the product did not sell the previous year."