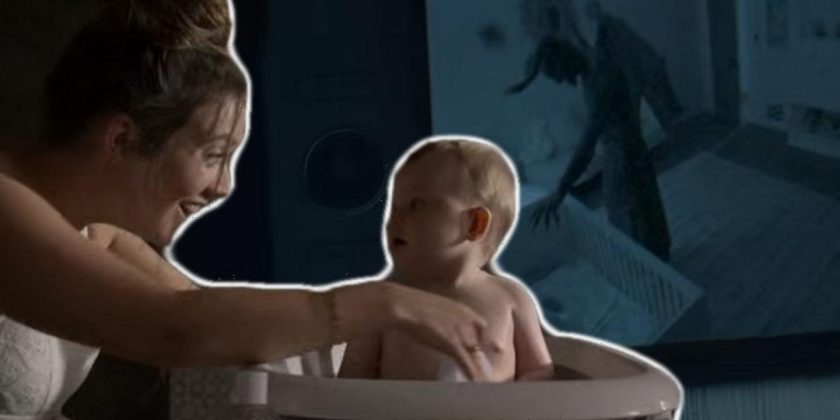 Is a demon after her baby, is she going crazy or is something else entirely going on?

Let’s face it, Billie Lourd is not going to win any acting awards for her performance in this episode of “American Horror Stories,” nor will its writers win any awards or really anyone involved with this production. But that’s not what this series is about.

“Lovecraft Country” might prove that there is a place for horror amongst those marquee shows that get all dressed up on Emmy night, but Ryan Murphy’s “AHS” has always been a love letter to the B-movie horror flicks, the ones that entertain sometimes for how cheesy they are more than their actual content.

It is with this spirit that fans must come into an “AHS” story, and perhaps even more with these bite-sized morsels of horror delivered in this anthology series. You come to enjoy seeing some of your favorite “AHS” players and newcomers in his playground.

This week’s installment was particularly stilted and awkward in the line deliveries from Lourd and Ronen Rubinstein as her beleaguered husband, Matt. They play a couple who’ve been trying to get pregnant for two years only to finally pull it off with a totem of Ba’al given to Lourd’s Liv by the receptionist at their clinic.

That set the stage for a pretty wild saga filled with enough twists and turns to make M. Night Shyamalan proud. We will give credit to the hour for one thing, and that was that they did a pretty decent job of pulling the rug out from under us more than once, delivering not one, but two twist endings … and a final twist of the dagger.

The bulk of the hour was spent with Liv struggling to connect to her baby, growing more and more convinced that the totem she’d used to get pregnant, or so she believed, had manifested as the demon Ba’al, now deciding that it wants her baby. 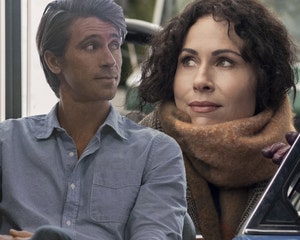 Was this post-partum depression, paranoia or full-blown insanity. Matt, a struggling actor who was finally getting the tiniest of breaks with a bit role on “NCIS,” was supportive of her throughout her struggles, even connecting her with a doctor to help her through.

It was all to no avail, though, as Liv became more and more convinced her home was possessed and her baby in danger. A trip to the basement revealed scratches on the walls, a torn pipe and still none of this was enough to convince Matt it wasn’t all in her head.

Was it? Was she hallucinating aurally and visually. At one point, we saw a flash of a demonic figure looming over the crib, but so much of this can be explained away by a severe lack of sleep, stress and post-partum.

What is Liv’s reality? Well, she was so sure of herself, she confronted the receptionist and wound up discovering a ritual to banish the demon from her home. Only, Matt walked in on her midway through, and got stabbed by her ceremonial dagger for her troubles.

Cut to Liv in a hospital, having checked herself in and signed away her rights to free herself, putting her in the hands of her doctor. Stabbing Matt was enough to convince her it was all in her head.

Sarah Paulson Doesn't Care for This American Horror Story Season at All, Felt 'Trapped' to Do It

Cut to surprise ending number one, and we find out that Matt’s college buddies we met in a Ouija scene earlier in the episode where the board echoed the words Liv was sure she’d heard through the baby monitor (“He is mine”) have been in on the most convoluted plot of all time.

The whole thing with the demon Ba’al was just sights and sounds concocted by his pals from the film department in college, including audio/visual, special effects. They even got one of them to dress in a Ba’al costume to loom over the bed.

Here’s the crazy part, though, Liv and Matt were trying to have a baby through IVF for two years. The receptionist at the clinic said she’d seen them all this time. How long was this con in development?

They put a lot of time and effort into convincing Liv that she was crazy, all so they could finally get her committed and out of the way. From there, Matt figured he could finally access all of her vast fortune.

What he perhaps failed to fully understand was that he was already married to her. She was fine with supporting him financially as he pursued his acting dream. He already had what he wanted, so really his friends were the only ones who were coming out ahead.

He even went so far as to wear tight underwear, take steroids and other home remedies in an effort to reduce his sperm count so as to not be able to get her pregnant because he didn’t want a baby And none of this came up in IVF tests? Are there no better ways to make himself sterile?

All of this because he never wanted a baby. So not only did he endure two years of IVF knowing he was sabotaging it the whole time, getting his wife committed actually left him with the baby he didn’t want and now would have to care for.

Yes, he started talking boarding school, but did he really win anything with this whole elaborate plot? Anything he didn’t already have access to?

Well, that brings us to twist ending number two! 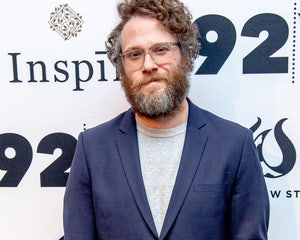 While Matt was taking care of a dirty diaper, the demon Ba’al showed up after all and this time it wasn’t a dude in a costume. It was the real deal and he was real mad, brutally slaughtering all of Matt’s friends and co-conspirators.

The next thing we saw was Matt in shackles in a prison cell, and suddenly Liv was out. He’d confessed to everything he did to her and then tried to say that the demon actually came to life and killed all his friends.

It certainly looked instead like he did it so that her money would all be his … you know, like it already was because they were married. This really wasn’t a very smart plan. Or maybe it was too smart for it’s own good. No, it was dumb.

We’re also not sure why Liv showed up to chat with him about the whole thing, but it gave Lourd another chance to unnecessarily growl and shout lines and words randomly. She really did go from zero to ten in the beat between words sometimes. It was a very odd acting choice.

In the end, we got that final twist of the knife. Ba’al was real because Matt’s friend who gave Liv the banishment spell accidentally gave her a summoning and binding spell, thus Ba’al was Liv’s to command.

In other words, she was just as twisted and evil as Matt was, only she was willing to kill to get her revenge. Did Ba’al fill Liv in on Matt’s evil plan? He must have, otherwise she’d have had know way to know, locked up in the hospital at the time as she was. That’s where she summoned him for real.

So Liv got her baby and was able to live happily ever after? Well, apparently she wasn’t satisfied with just one baby. When Ba’al kept demanding that she release him, she said not until he gave her another baby … so sex with a demon? Deity? Either way, it’s kind of gross. What will the baby look like?

This episode was an absolute mess, even by “AHS” standards, but we have to admit we enjoyed the series of twist endings. Yes, they were telegraphed early on with his friends randomly pointing out their areas of expertise, but it was still fun to watch them get theirs.

We’d have just liked a stronger performance from … anyone, really. But then again, B-movies are known for campy acting as well as campy stories, so maybe this was just perfect.

The camp continues on “American Horror Stories,” with new episodes dropping every Thursday via FX on Hulu. 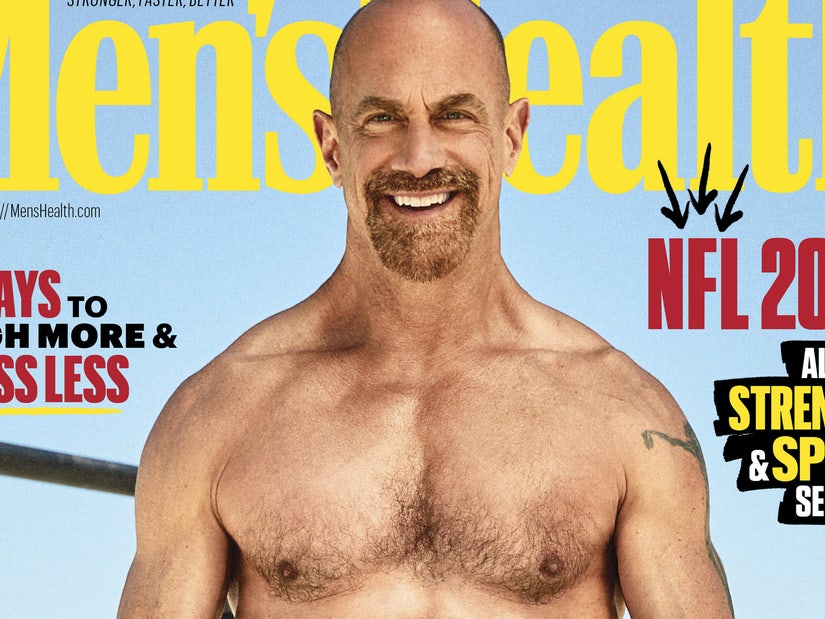