Billie Eilish advocates for veganism on Thanksgiving as she cradles turkey

Billie Eilish is finally opening up about her ink.

After declaring in 2020 that fans would “never” see her tattoos, the “Happier Than Ever” singer, 19, said she “lied again” during the fifth installment of her annual “Same Interview” video series with Vanity Fair.

“I have three tattoos now. I have one here that says ‘Eilish.’ Yes, I love myself,” Eilish said, pointing to her chest.

“I have one here — big boy here,” the musician added, gesturing toward the right side of her rib cage.

The “big boy” is indeed enormous, spanning her entire side and down her leg. Eilish first gave fans a glimpse of the piece in her sexy British Vogue photoshoot earlier this year, and flashed it again at the 2021 Met Gala in September.

“And then, I just got this a few weeks ago, which is some fairies that are from a book that I had growing up — a little fairy book called ‘Fairyopolis,’” the Grammy winner continued, showing off the ink on her left wrist and hand, which she debuted at the “No Time to Die” premiere in October. “They’re like my little guardian angel fairies.” 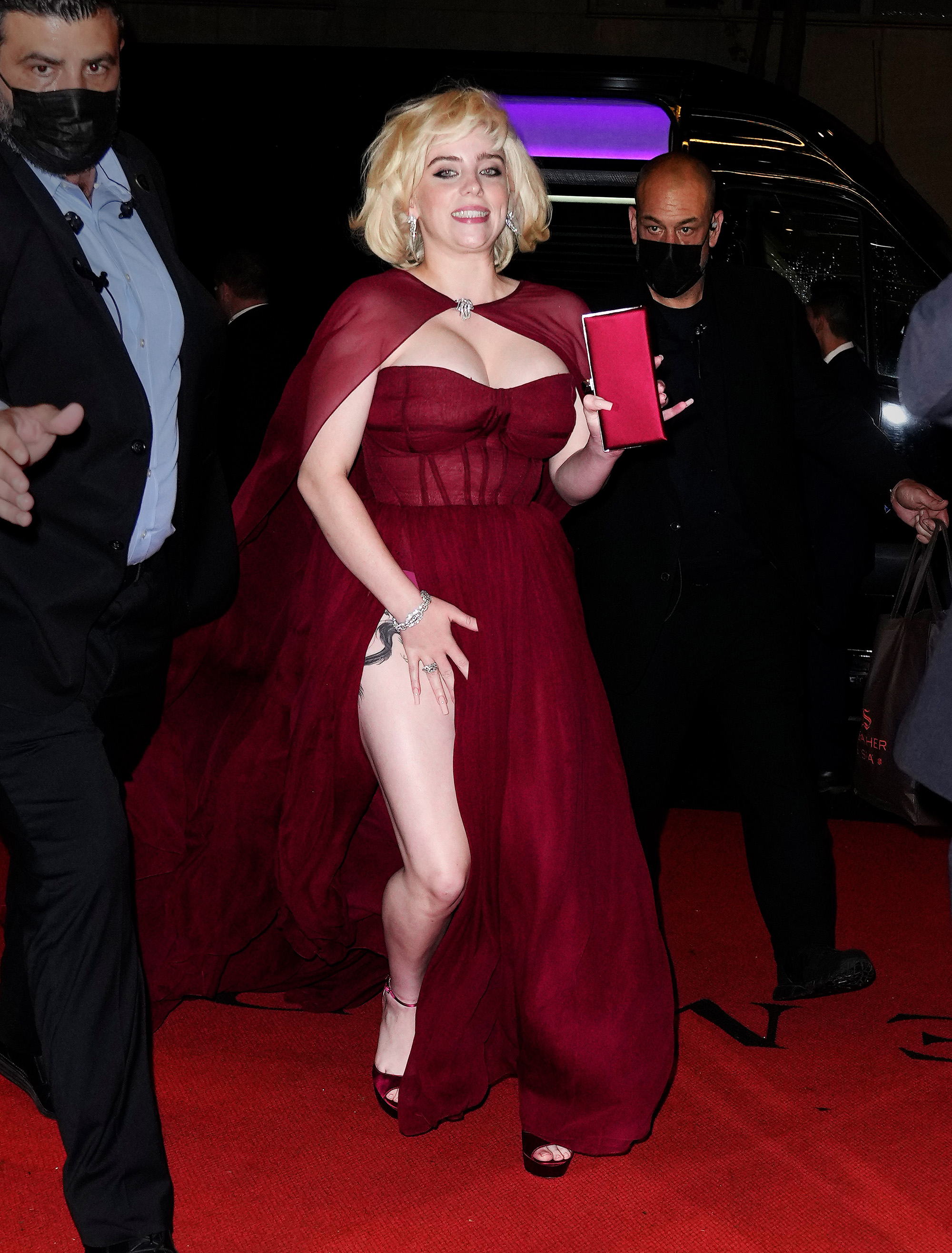 As for whether Eilish will be adding to her collection of body art? Fans will just have to wait and see.

“No, I’m not gonna be all tatted up, but I have some more ideas. Right now, I feel pretty satisfied. I feel like in a good zone with them,” she said, adding that her mom “hates” tattoos.

But, Eilish cheekily added, “Give me a little more time and then I’ll get another one.”