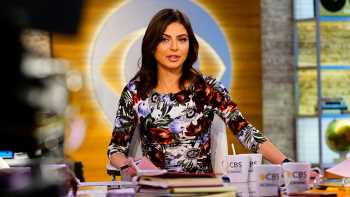 Sometimes, it pays for news anchors to take root in more than one organization.

When Bianna Golodryga joined CBS News in the fall of 2018, she carved out a unique role for herself. She would work as a co-anchor on “CBS This Morning” while maintaining a position she had already established as a contributor to CNN. The arrangement was testament to Golodryga’s popularity in the field – after stints at ABC News and Yahoo News, she was making appearances on CBS and CNN as well as MSNBC’s “11th Hour with Brian Williams” – as well as the fact that CBS News under a different corporate regime had not been known for paying the sector’s highest salaries.

Golodrgya left CBS in April, a victim of headwinds at the network’s morning program. But she has landed a new full-time role with her other employer.

CNN said Friday that it had named Golodryga a senior global affairs analyst, and noted she would also do some fill-in anchoring (Golodryga has been spotted in recent weeks filling in for Erin Burnett, for example).

She has worked her way up the TV-news ranks, starting first as a producer at CNBC, then working as a co-anchor at the weekend edition of ABC News’ “Good Morning America.” But she has unique experience with global matters.

Golodryga and her family left the former Soviet Union when she was just a child and immigrated to the United States. She speaks fluent Russian and studied eastern European and Russian studies at the University of Austin. She is married to Peter Orszag,  the former director of the office of management and budget under President Barack Obama.