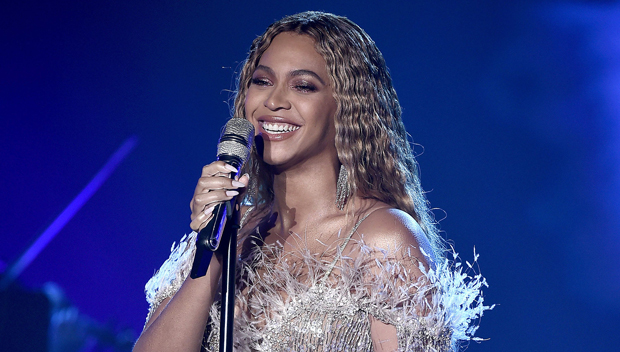 Fans are freaking out after it appears that TWO full Beyonce albums featuring old, unreleased tracks have dropped under the artist name Queen Carter. This is not a drill.

Christmas has come early for the Beyhive! What appears to be two full albums of unreleased Beyonce music has either leaked or been released to Apple Music, Spotify and iTunes on Dec. 20. They’re under the artist name Queen Carter and there’s no mistaking it’s Bey’s voice. They each feature 10 songs and sound so much like her early solo work, with many featuring totally radio savvy bops. At least one song “What’s It Gonna Be”  — which appears on one of the new albums Back Up, Rewind — has already been released as it appeared on her 2003 self titled debut after she left Destiny’s Child.  On the second album Have Your Way, there’s a song from the 2002 comedy Austin Powers: Goldmember that she co-starred in called “Hey Goldmember.” Listen to Back Up, Rewind here and Have Your Way here.

On Back Up, Rewind there’s a tune called “Twerk,” which would have put Beyonce, 37, pretty far ahead of her time for 2003. While the booty shaking phenomenon has been around since the late 90’s, it didn’t break big mainstream until rapper Huey‘s 2006 Billboard hit “”Pop, Lock & Drop It.” Her song “Black Culture” is a brilliant Motown throwback bop. “Forever to Bleed” is also a tune that fans are loving, as she laments not being there for a man who was hurting and needed her.

Fans started flipping out as word spread across the Twittersphere that new — or in this case old and unreleased –Beyonce music was out there. “QUEEN CARTER OMG I’M SO GLAD I DIDN’T GO TO BED EARLY” one fan wrote. Another was shocked that the music would appear on any streaming service that wasn’t Bey’s hubby JAY-Z‘s Tidal. “RIP to whoever uploaded those old Beyoncé demos to iTunes,” the fan wrote.  For others, the sound of young Beyonce brought back so many memories of the early aughts music she put out.

One fan thinks Bey might be behind it, as earlier in the day she released a batch of photos from her trip to India where she performed at the country’s richest man’s daughter’s wedding. She even did the VERY rare move of sharing a pic of her 17-month-old twins Sir and Rumi Carter. “Beyoncé released a new picture of the twins and dropped TWO albums in the same night 😱 SHOOK,” one member of the hive tweeted. Another added that the superstar is so careful at crafting her image and career that the possibility of a leak happening to her seemed impossible. “Silly rabbits, Beyoncé albums don’t leak,” the person snarked. We’ve reached out to Bey’s rep to see what the heck is going on.