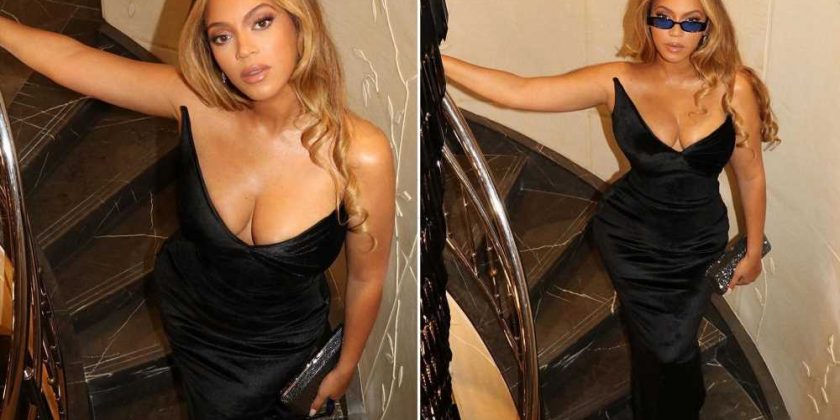 The moments that made us fall ‘Crazy in love’ with Beyoncé

Beyoncé slays, even in a little black dress.

The Kosovo-based designer constructed the dress over 10 days, using silk and velvet with an inner layer of lycra for the built-in corset, according to a press release.

Bey’s strapless gown featured an asymmetrical plunging neckline, and she paired the simple look with dazzling accessories including a crystal-covered Judith Leiber bag and tons of Lorraine Schwartz jewels.

The “Halo” hitmaker wore a pair of 21-carat pear-shaped diamond drop earrings and a duo of diamond rings for the event, according to the jeweler, which she showed off on Instagram in photos snuggled up with husband Jay-Z, who served as a producer on the film.

“The Harder They Fall” will be released on Netflix on Oct. 22, and is based on real-life black cowboys and former slaves in American history. It stars Idris Elba, Regina King, Zazie Beetz, LaKeith Stanfield and more.