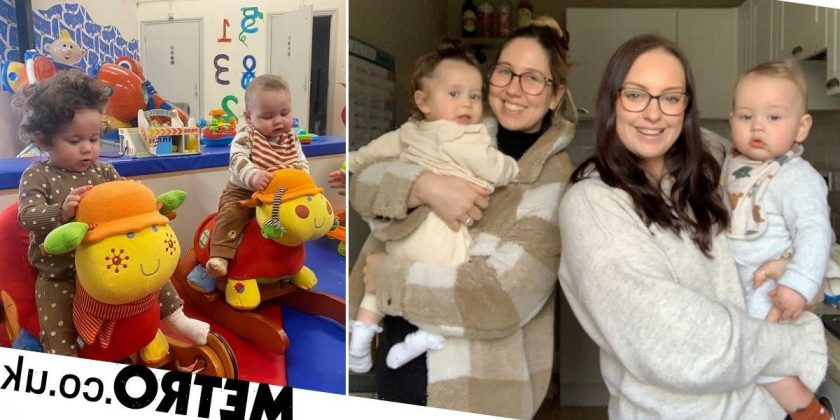 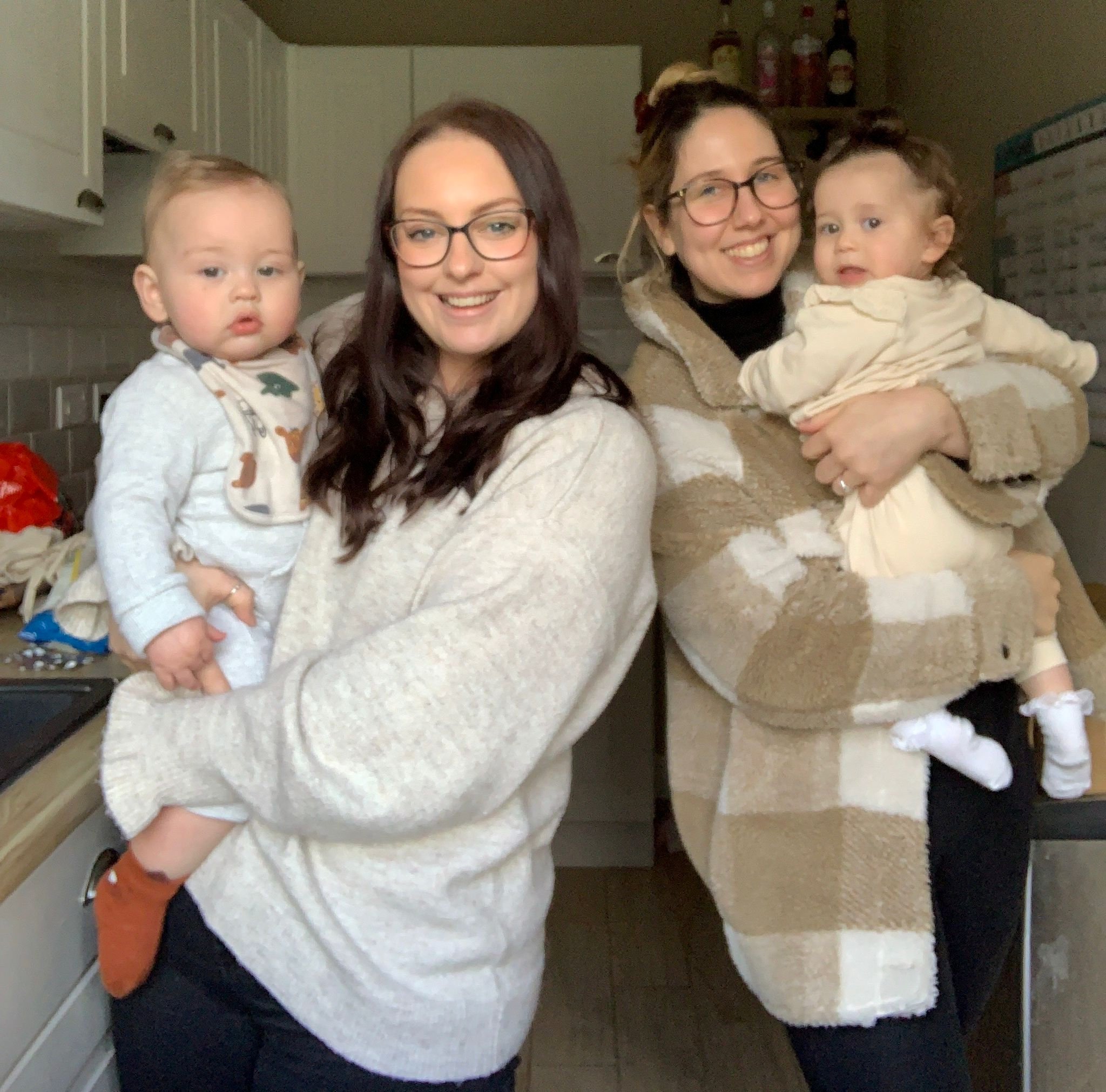 Maisie Campbell White, 27, instantly clicked with Morgan Hood, 29, when they met in January 2020.

Friendship blossomed while Maisie was on a community placement as part of her University of Suffolk Ipswich nursing course, where qualified nurse Morgan took the student under her wing as a ‘mentor’.

The pair became best mates and shared their dreams of starting a family – but little did they know they’d be sharing their pregnancy journeys together too.

They both found out they were pregnant on the exact same day and had their 12-week scans on the same day, with Maisie being told she was expecting a boy and Morgan a girl.

Despite being given different due dates – a week apart – the friends ended up also giving birth on the same day, both welcoming their new additions on June 28 last year.

Morgan and Maisie now meet up every week with their little ones, and hope the children will become as close as they are to each other.

Maisie said: ‘Morgan is my best friend and we share everything with each other.

‘It would be so cute if our children grew up together and became best friends – just like us.’

After bonding during lockdown, the pair became inseparable, then later, unknowingly, found out they were expecting their first babies at the same time.

Morgan was due June 27 with partner, Louis, 28, a labourer, and Maisie was expected on July 2 with her boyfriend Max, 28, a dig-driver.

Morgan explained: ‘I couldn’t believe it when I found Maisie was pregnant too.

‘She was the first person I told out of all my family and friends. It was even better knowing we were going to go through it all together.’

As the due dates grew closer, doctors noticed Maisie’s little boy had reduced movement, so she was induced around 38 weeks at Norfolk and Norwich Hospital, welcoming her son Milo at 4am on June 28 following a week in hospital.

‘Morgan was just on the other end of the phone,’ said the new mum.

‘We were texting each other the whole time and it was lovely to have her support.’

On the same day, Morgan was admitted to Suffolk Hospital, Ipswich, and was also induced due to reduced movement.

Morgan said: ‘Even though we were in different hospitals, we stayed in touch throughout.

‘It was amazing to know our children shared the same birthday.’

Three weeks after the arrival of the babies, the pair were able to meet up for the first time.

They now see each other most weeks to take their children to the park or playschool together, while Morgan is back working as a community nurse and Maisie is shortly due to restart her nursing course.

‘I’m excited to get back into training,’ said Maisie.

‘I’m hoping to work with Morgan again when I qualify.

‘It’s lovely knowing we can confide in each other, both during pregnancy and now as mums. Hopefully, our kids will be as close as we are.’

Morgan added: ‘The support hasn’t stopped – we’ll be there for each throughout our babies’ lives.

‘It’s just the best experience to go through with your best friend.’