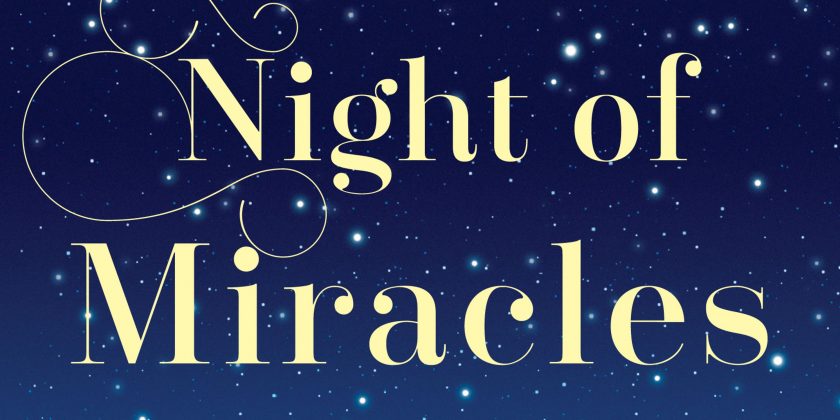 What should you read this weekend? USA TODAY’s picks for book lovers include “Night of Miracles” by Elizabeth Berg, and “Seduction,” a look at Howard Hughes in Hollywood.

How about a nice slice of cake? Caramel, maybe? Or yellow, with milk chocolate buttercream frosting?

The characters in “Night of Miracles” frequently sit down to lovingly described treats fresh from the oven. Lucille Howard, 88, is a master baker and baking teacher who begins every class with samples served on a cut-crystal pedestal.

Lucille was introduced in the first volume of Berg’s Mason, Missouri, series, 2017’s “The Story of Arthur Truluv,” as a spinster who is given one brief chance at true love.

In this second installment, she’s alone again, but only for a moment, as her fate entwines with Lincoln, the little boy whose family buys the house next door, and Iris, a childless divorcee who has just moved to town from Boston.

In Berg’s world, the focus is on the things that make life worth living: the human connections that light the way through the dark of aging, bereavement, illness and our own mistakes.

USA TODAY says ★★★½ out of four. “Endearing … find refuge in Mason, a place blessedly free of the political chaos we now know as ‘real life.’ ”

Takes a #MeToo approach with its focus on the pathological predations of Howard Hughes, Texas millionaire, star-maker and film producer, during Hollywood’s “golden” age.

USA TODAY says ★★★★. “First-rate … Written with forceful style and a passionate regard for the forgotten hopefuls who came to California seeking success in a thoroughly sexist era, the book casts a feminist eye on the dark decadence of early Hollywood.”

While fans wait (and wait) for the ceaselessly delayed “The Winds of Winter,” they can console themselves with this illustrated volume, which follows the rise and reign of the Targaryen family.

Scott’s a fortysomething divorced guy and a big man whose six-pack days (abs, not beer) are far behind him. He seeks out an old Castle Rock pal, retired Doctor Bob, when he starts to gradually lose weight without actually losing any of his gut.

USA TODAY says ★★★½. “A feel-good tale with a definite whiff of the bittersweet … a master elevating his own legendary game yet again.”

“Beyond the Call: Three Women on the Front Lines in Afghanistan” by Eileen Rivers; Da Capo Press, 288 pp.; nonfiction

Rivers, digital content editor for USA TODAY’s editorial page and herself an Army veteran, looks at the history of women in the military, focusing in particular on their service in Iraq and Afghanistan.

USA TODAY says ★★★. “Makes an important contribution to understanding the evolving role of women in service to their country.”