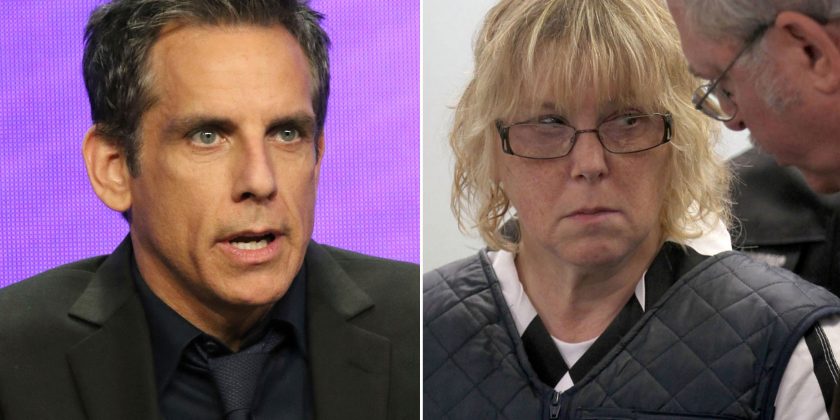 Ben Stiller has a message for Joyce “Tillie” Mitchell — aka the “Shawskank” — following her claims that his hit Showtime mini-series “Escape at Dannemora” is filled with “lies.”

“It’s not a documentary,” explained Stiller, speaking to Deadline about Mitchell’s jailhouse assessment to The Post on Sunday. “We did have to create scenes based on us inferring what we believed to be the truth.”

“My guideline was always to try and tell what I thought happened,” Stiller added. “This was a story I wanted to tell in as full a way as possible and really tried to take into account the context of the world that everyone was living in. And the reality of what it means to be a worker in a prison and the situation that everybody deals with up there in that part of the state. I was just trying to tell the story in as real and hopefully as entertaining a way as possible without exploiting.”

Mitchell, 54, blasted Stiller during her Post interviews last week at Bedford Hills Correctional Facility in Westchester — where she’s currently serving a seven-year sentence for the 2015 prison break that was the basis for “Escape at Dannemora” — for portraying her as a lovesick prison seamstress.

Stiller directs the Showtime series and there are several scenes showing Mitchell having consensual sex with convicted killers David Sweat and Richard Matt, who were at the center of the three week manhunt.

“I never had sex with them,” seethed Mitchell. “Ben Stiller is a son-of-a-bitch liar.”

‘Escape’ star Patricia Arquette is not asking for your approval

Asked about her claims, Stiller told Deadline he was “sorry she feels that way.”

“Look, that’s the story [Mitchell] has always told,” Stiller said, noting how the “Dannemora” production team did “a year’s worth of research on the project.”

“We talked to a lot of people who were in the tailor shop, and in the Inspector General’s Office. We got as much information as we could from the police reports, the interviews, and then we put together our story,” Stiller said. “We think it is a real representation of what went on…She can dispute it but the reality is, she was kicked out of the tailor shop for inappropriate conduct, for going in the back room with David Sweat. I think there were 60 or 70 notes passed back and forth between them. She sent him nude pictures of herself. There are all sorts of things to indicate there was a relationship going on. That’s where we got that from.”

Stiller told Deadline he hopes Mitchell will eventually look back on his series and realize where he was coming from.

“It can’t be fun to be in prison,” he said. “I don’t have any ill will towards her in particular.”