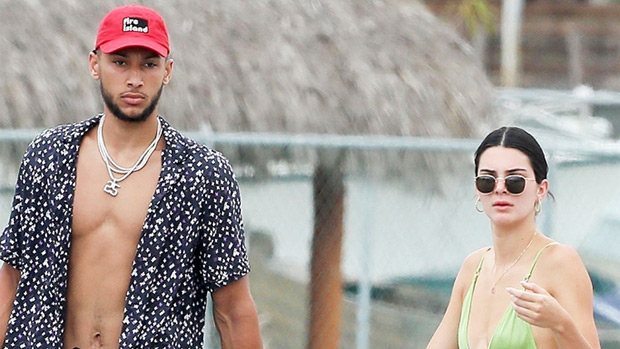 After a two month break, Ben Simmons is thrilled that he’s been able to get ex Kendall Jenner back into his life. We’ve got details on how he is beyond stoked that they’ve reunited.

Kendall Jenner isn’t one to let herself get tied down to one guy. But her three month summer romance with Philadelphia 76ers star Ben Simmons, 22, is one of her longer relationships to date. Despite her dalliances with fellow model Anwar Hadid, 19, she recently visited Ben in Philly to cheer him on at a home game on Nov. 1. “Ben never stopped thinking about Kendall, he couldn’t get her out of his head no matter how hard he tried. Ben was really angry and hurt when he saw the photos of Kendall and Anwar, and at first he didn’t even want to talk to her. But he’s really missed her, so he called her and asked her if she wanted to come to the game,” a source close to Ben tells HollywoodLife.com EXCLUSIVELY.

“Ben was super psyched when she said yes, and it was like they’d never been apart. They had an amazing night together. Ben is crazy about Kendall, but she doesn’t want to settle down with just one guy right now, and she’s made that clear. So he really doesn’t know where he stands with her,” our insider continues. Kendall was dating Ben in June when she openly made out with Anwar at the June 4 CFDA Awards after party. While it was chalked up to a flirtation at the time, their hookups continued during fall’s New York Fashion Week, Paris Fashion Week and Milan Fashion Week after Kendall and Ben broke up for good at the start of September.

“Kendall has told Ben she would love to see him again, but she’s also told him that she doesn’t want to date him exclusively, which is kind of messing with his head because he’s really into her. Ben doesn’t know what to do, he really wants to carry on seeing Kendall. But he doesn’t know if he can deal with her seeing other people at the same time. It’s a pretty difficult situation for him,” our source adds. Ben needs to get his head together as his Sixers are in fifth place in the NBA’s Eastern Conference at 6-5.