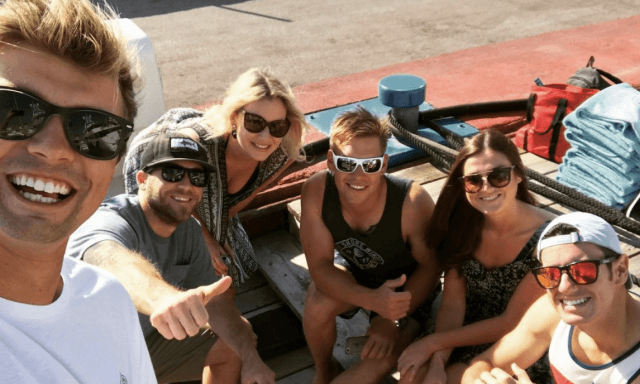 Any viewer exploring the Below Deck seasons can see that the crew members are pretty attractive. From the captains to the deckhands, Below Deck cast members appear to be Hollywood-ready.

While seeing attractive people on television makes sense, do you have to be good looking to work in the yachting industry in general? And does this sometimes lead to discrimination? A group of yacht captains opened up to The Triton about the subject. And made some pretty startling revelations about the industry.

Crew resumes may include a photo of the crew member along with personal information like marital status, nationality and if the crew member has a tattoo or smokes. One captain admitted, “This whole business is appearance. Everything is about the profile; the cosmetics, the dress, all of it.”

Appearance extends beyond just the crew. “Even yachts are discriminated against, it’s part of the definition of the industry,” another captain said. “That’s what yachting is. Even as far as seamanship, the better looking the yacht, it is seen as a better yacht. Yachts are constantly in competition.”

Why is this so important?

According to one captain, guests are going to feel more at ease with an attractive crew. “In charter, good looks make people comfortable, happy,” the captain remarked. “Say a waitress is ugly and the food is the same as a place where the waitress is attractive, you might choose the attractive one.”

The captains also said some yacht owners want the crew to fulfill a certain look they are trying to achieve. Which could include creating a look through uniforms or the crew themselves.

Which means discrimination may happen

Unfortunately, some crew members may be discriminated against for how they look, especially those who have regular contact with the clients. One yacht captain said he picked up on cues from the yacht owner to perhaps steer clear of hiring certain staff members. “My last job the owner didn’t directly tell me but it filtered through to me, don’t hire any [of a certain nationality] or any fat people,” he said. “Does that mean don’t hire them or people that look like them?”

Or captains were instructed to fulfill a certain kind of vibe. “And there’s a famous boat where the entire crew is gay because the owner is gay,” one captain said.  Another requirement might be to accommodate the uniform. “Like, if you need a girl to fit the previous stew’s size 1 shorts,” a captain said.

But the same standards may not apply to crew members who don’t have client contact. “Who cares what an engineer looks like, he could be Elephant Man, as long as he can do his job,” one captain offered. “I really want someone that knows the business. It doesn’t matter what they look like. I don’t care.”