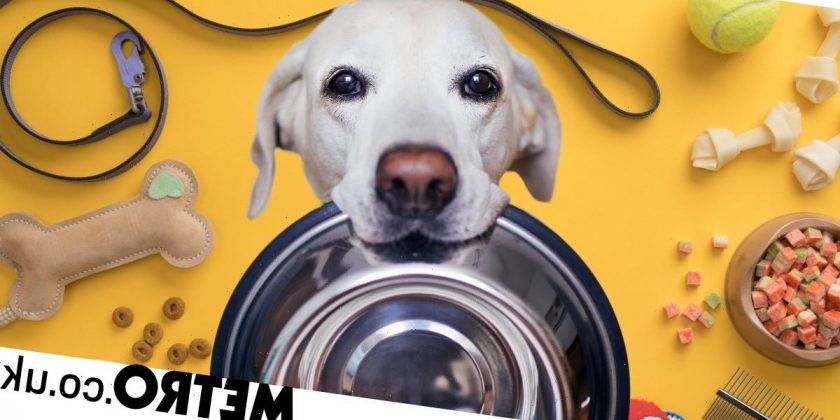 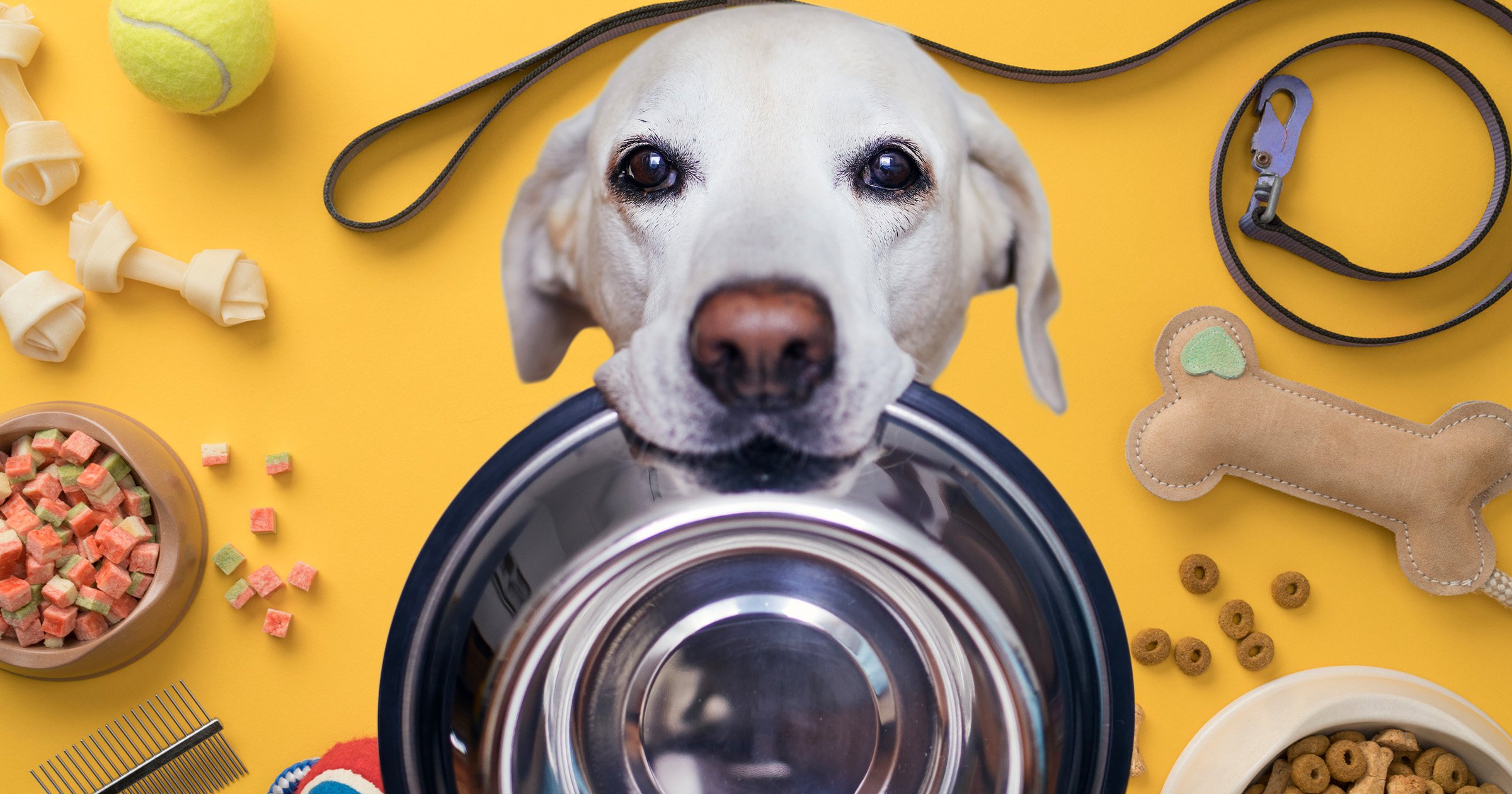 Tyesha Muncaster knocks on the door of the three-bed terraced house and a woman opens it – her face is wary.

The two speak for a few seconds, and then the woman behind the door starts to smile. Next, Tyesha offers her a bag, stuffed full of pet food and treats, and she accepts it gratefully, as a slight look of relief sweeps across her face.

Heading back to her car after the two-minute conversation, Tyesha is also smiling –  but admits she feels emotional. The doorstep exchange she has just made was a bag full of enough food to feed the woman’s dog for a week, as she simply could no longer afford to.

‘She asked me not to judge her for getting in touch and asking for a donation,’ Tyesha tells Metro.co.uk.. ‘I told her, I’m not here to judge, I’m only here to help.’

And that is exactly what, through her A Helping Paw Food Bank, Tyesha is doing. Helping. Helping owners feed their pets, and helping pets stay with their owners.

Because with energy bills soaring, food prices growing and winter looming, people are becoming more concerned about how they’re going to continue to provide for the much-loved animals that are part of their family.

In the RSPCA’s recently released Animal Kindness Index in partnership with the Scottish SPCA, it revealed that 72% of pet owners think the cost of living will impact their animals. Almost 70% expressed concern that the cost of care was increasing, and a fifth worried about how they’ll afford to feed their pets.

The devastating reality of this was something Tyesha discovered only by accident, after getting two kittens herself.

When the 24-year-old bought a house in Ashington with her boyfriend Michael in July last year, the first thing she wanted was a cat. And eventually, she rescued two male kittens – Milo and Oreo – from a woman who couldn’t look after them anymore.

‘I fell in love with them straight away,’ Tyesha remembers. ‘They’re my best friends. Oreo is more like a puppy than a kitten, and is very affectionate and social. He’s besotted with Michael. Milo doesn’t like anyone but me. He lets me cradle him like a baby!’

When the kittens turned one in August, Tyesha found herself with 40 pouches of kitten food left over. As it was so much more expensive than adult cat food, she advertised it on a local Facebook page, offering it to anyone who was struggling.

‘I couldn’t believe the response I got,’ she says. ‘At least 10 people got in touch straight away, asking if they could have it. It made me realise there was a huge demand for it.

‘I’d always enjoyed volunteering with charities and in fact, had been about to get in touch with our local food bank to see if I could help there. But this made me realise I could help in another way.’

Unsure of how it was going to work, Tyesha started off by setting up a Facebook page, hoping to bridge the gap between people who could help and people who needed it. She promoted it in local groups and the next day, food started arriving on her doorstep – and it  hasn’t stopped since.

‘Our house was over-run,’ she laughs. ‘I remember Michael coming home from work a few nights later and asking why there was pet food stacked everywhere. We couldn’t use the downstairs toilet for three weeks! It just showed me how kind people were.’

As soon as she had enough stock, Tyesha began to offer it to local pet owners across Northumberland. ‘I’ll always remember my first delivery,’ she says. ‘It was a lady with quite a few cats. She started to cry when I handed her the bag of food and gave me a cuddle.’

It was no wonder the woman was so emotional. Because, without that food, people are facing terrible choices.

The RSPCA set up their own Food Bank Project in Lancashire in December 2021 as a result of financial pressures during the pandemic. However, the coronavirus crisis, coupled with the current cost of living rising, has seen the need for the food bank increase now more than ever.

Inspector for Lancashire and food bank coordinator, Alison Fletcher, tells Metro.co.uk: ‘Sadly, it seems as though the cost-of-living increase means that more people are struggling to afford to feed their pets and are relying on the food banks more and more.

‘We are now bracing for an influx of abandoned pets or owners who have to give them up because they can no longer afford to keep them. We hope that through the food bank we will be able to provide some support to people and their much-loved pets.’

The charity is seeing an increase in rescued animals coming into its care, with many centres already full and others close to capacity. At the same time, rehoming is slowing down – and there are disturbing signs that even more people are looking to give up their pets.

Research by the charity shows in April 2021 there were around 4,400 searches per month around ‘giving up pets’ and in April 2022, this figure rose by 50% to a high of 6,600. With the current economic situation, this is surely only going to worsen.

In recent months, the charity Dogs Trust has received a record number of calls from people asking it to take in their dogs. August 2022 surpassed its previous record for the most enquiries in a single month, with 4,993 owners enquiring about its handover service – more than a quarter more than last year.

Meanwhile, a survey of dog owners by the charity discovered that 43% of respondents thought they would find it more difficult to give their dog all they needed. Vet bills continued to cause the most concern, but the cost of food was also an issue.

‘Dogs Trust has been receiving a shocking and unprecedented number of calls from owners asking us to take in their dogs because they feel they won’t be able to see them through this crisis,’ says Owen Sharp, CEO of the canine charity.

‘Over the last month, we received on average 17 handover calls an hour from desperate owners feeling they’ve run out of options.’

These are all heart-breaking situations that Tyesha is hearing about – and indeed, seeing – first-hand. People are believing they’ll have to re-home their much-loved pets because they can no longer afford to provide for them. Or worse.

‘I’ve had one woman tell me she thought she was going to have to have her dog put down because she just couldn’t afford to feed her anymore,’ Tyesha says. ‘She genuinely thought it was the kindest thing to do – a last resort.’

Now, Tyesha is being inundated with messages asking for donations for cats, dogs, guinea pigs, hamsters, rabbits, budgies and has even had a request for food to feed a bearded dragon.

She delivers the food before and after her full-time job as a SEO strategist, promising to have any donations with the owners – and animals – within 12 hours.

Within a month of starting her initiative, Tyesha realised that she was no longer just running the ‘small project’ she had embarked upon and that it had turned into an unofficial pet food bank.

Wanting to keep up with demand, she advertised for volunteers and now has a team of 15 people, spread across the county, to help her.

‘They are all amazing,’ Tyesha enthuses. ‘Four of them answer the messages we receive, one lady, Louise, collects all of the stock in her living room and Maria drives miles to pick up supplies.’

Together, they share not only the physical load, but also the emotional one. Because, as Tyesha says, her new role means that she is now witnessing desperate scenarios. ‘I’d never seen poverty like I am now and, even though I’m helping as much as I can, it’s extremely hard to walk away from it,’ she explains. ‘I’ll often get back into the car and cry because of what I’ve seen. Thankfully, Michael is always there for me to talk through these things with and I always feel better after a cuddle with my cats.’

Tyesha has also teamed up with My Pet HQ, a local pet shop in the centre of Morpeth, who now support her efforts.

‘Ever since we started My Pet HQ in 2017, we’ve always helped with charities,’ says Caroline Coppen, who owns the store with her wife Diane. ‘We keep a close eye on our stock and if something isn’t selling, we’ll offer it to the various local pet charities to make room to try something else.’

Diane had already seen Tyesha’s initial posts on local Facebook groups and been in touch to offer her donations. But after being introduced by a mutual friend, the store’s involvement has increased. Not only have they introduced a donation table in their shop, Caroline and Diane offer Tyesha storage, advice and contacts to other local organisations to help her help the right people.

As a small business owner, Caroline has seen the impact of the cost-of-living crisis first-hand. Not only are her own bills soaring, but as someone who has always stocked high quality food, with high meat content, she has noticed a growing number of customers cutting back to more cost-effective brands, something she has had to embrace herself in store.

So when Tyesha explained about the number of people who can no longer afford pet food at all, Caroline’s heart went out to them.

‘These aren’t people who are irresponsible pet owners, who have bought cats and dogs when they can’t afford them -it’s devastating,’ she explains. ‘They are people who have been walking an increasing tightrope over the last few years and now, it is tipping over to the point where, when people are having to chose between heating and eating, pets are inevitably falling down their list of priorities, no matter how loved they are.’

Since Caroline has introduced the donation table, she has witnessed some great acts of kindness. ‘We had a customer who spent £75 on pet food and put it all straight on the table, and another customer who bought every single tin of a particular brand of dog food we had, and again donated it immediately. I tell everyone they are under no obligation to buy from us, they can bring in their donations from home, or other stores, but people are just extremely kind.’

And it is a relief they are, because the number of people contacting A Helping Paw is only increasing every day.

Tyesha, who is currently applying for charitable status for her project so she can make it a national venture, has had to introduce new rules, including requiring people to show their ID to receive their donations and also limiting the amount of food people can receive.

‘At the start, we didn’t have a limit and we just gave what people asked for,’ Tyesha explains. ‘But now, we restrict it to a weeks’ worth of food, and a maximum of twice a month. However hard it is, I have to remind myself that we’re not there to feed people’s pets indefinitely, we’re just there to help tide people over until payday.

‘Our main aim is – and always will be – to keep pets with their owners.’