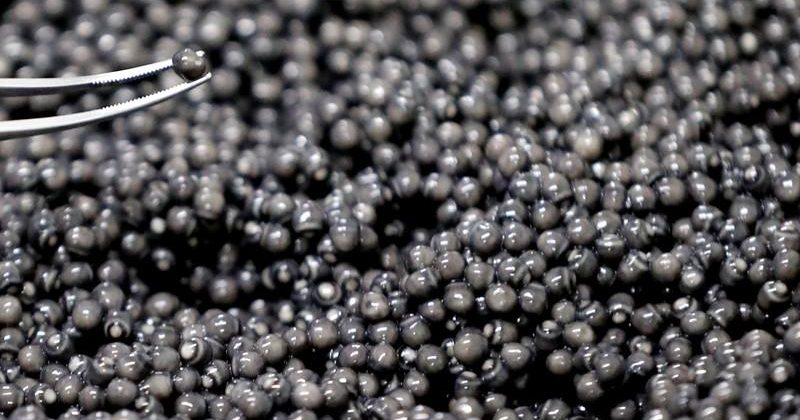 BRUSSELS (Reuters) – Belgian caviar producer Willy Verdonck is flat out in the run up the lucrative Christmas holiday season.

Verdonck’s company Royal Belgian Caviar makes two thirds of its European sales in the last two months of the year, with caviar consumption being one of the most enduring festive traditions.

“Here in Western Europe, it is typical that by the end of the year, Christmas time, New Year, that most of the caviar is sold,” he said.

The company takes pride in the fact that its precious sturgeon roe, which sells for between 1,500 and 4,000 euros per kg, graces the dining table of the British royal family.

Sturgeon farming is a long process, and depending on the variety, eggs are not ready to harvest until the fish reaches an advanced age: this can be as long as 18 years old in the case of the Beluga variety, which can weigh as much as 200 kg at the time of slaughter.