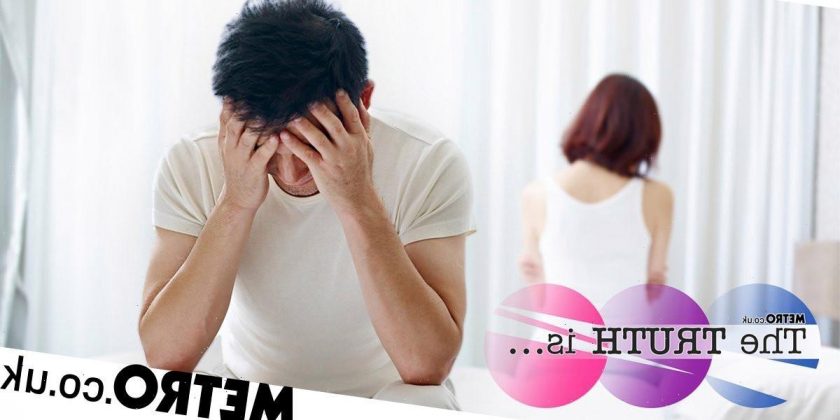 Whether you believe in the bro code or not, finding out your best friend is secretly dating the girl you had been with for five years would be a pretty big hit.

I had split from my ex Sue* a couple of months earlier, but that didn’t take away the pain of the betrayal by my closest mate, Alex*.

A series of lies by my now ex-pal that made me feel crazy for thinking anything was going on between them left me husked and a shell of the once egotistical, self-assured ladies’ man I was.

But with great suffering comes greater self-discovery. Among the anger and tears and countless beers I’ve devoured in recent weeks, I have also done some thinking about the way I treat women and what it means to be a good friend and loving partner.

Alex and I had been best friends for several years. Our friendship crescendoed when helping one another through the tragic loss of a mutual lifelong friend.

We were inseparable, my whole life was planned around Alex for the foreseeable future – the two of us had been planning to jet off to live and work in Australia together – the man might as well have been in a relationship with me!

Sue and I were together on and off for five years – and our relationship was obviously different in that it was sexual.

By the time I decided to end things at the start of the year, Sue and I were still incredibly attracted to each other.

Until that point, we had been trying for our first child, and at one stage, behind the scenes, I was planning to propose to my adolescent sweetheart.

So, what happened? This is a question I’ve been asking myself repeatedly for weeks. Our relationship had been tumultuous – regularly breaking up and making up makes for a strange dynamic in a couple.

Sue’s hot-headedness heightened my commitment issues. She would be totally unreasonable and do something unforgivable to me, leaving me searching for a new partner… only to later come back to her when the dust had settled.

This pattern of behaviour – uncertain if we were on/off – led to difficulties for us both. It shook our trust in one another.

Then, after one cold seaside trip away together with a group of new friends – and many abusive texts accusing me of cheating later – Sue’s jealous streak became too much for me. We parted ways for good.

Suddenly the money in my savings account that was once saved for her engagement ring had no purpose.

Cut to two months later and my friends and family had noticed Sue and Alex across each other’s social media pages together – convincing me that they were having a secret romance (thanks for that, Nan).

Did I deserve this? Was I not a good enough friend? So many questions raced through my mind

This level of friendship between them was nothing new to me – it was always something I found incredibly inappropriate – but the pair often went on ‘friend dates’ together.

But, now we had split, the image of Sue and Alex together was stuck in my head, plaguing my psyche, so I confronted them.

‘What makes you think something is happening?’ Alex asked.

I pressed him for more answers but he shrugged me off, refused to go into any more detail.

‘He might be into me, he might not,’ Sue texted back cryptically, embedding the idea further into my mushy jelly brain.

My anxiety built higher as the idea my future Australian roommate would betray my trust and leave me homeless became ever more realistic.

I was convinced at this point he was not telling the truth, but his deceit was so convincing I wanted desperately to believe a friend this close to me could never hurt me with lies.

My stress was at an all-time high and it didn’t get any better when I finally got the phone call confirming my suspicions.

Fake promises and false information spewed from Alex’s lips until he finally conceded; ‘I’ll never sleep with her again.’

It wasn’t exactly what I was hoping for, but I was glad my suspicions were confirmed. I decided to meet the pair separately to help me come to terms with everything, but it did nothing to ease my pain.

‘I was willing to never be friends with you again to be with her,’ Alex admitted.

With that, my Australian arrangements – everything I’d spent months saving for – had been shattered. The trip was off, our friendship over, and I was left sobbing.

For weeks I was a broken mess but I started coming to terms with all my previous relationship mistakes.

I knew I had never complimented Sue enough, and I kept dangling the promise of a committed relationship at the end of a rope but never delivered. I never actually told her I wanted us to get married.

Did I deserve this? Was I not a good enough friend? So many questions raced through my mind.

Over time I understood that I couldn’t expect anything from Sue, she owed me nothing, but I am confident that I should always expect respect from the people I call friends. I was better off without Alex – with friends like him, who needs enemies?

I began contemplating how I have treated my partners I held dear to me throughout my life.

I was aware of my tendencies to string women along while I was off chasing women. I was particularly guilty of this when Sue and I split temporarily.

I would look for another partner and try to move on every time Sue did something to upset me – and, she would sleep with guys to make me jealous. It was a vicious cycle – we were in an emotionally abusive relationship.

After half a decade of never fully committing it is understandable that Sue moved on, and I wanted her to… I just wish it wasn’t with my best friend.

I can’t fully blame her though; it is the ultimate ‘gotcha’ stunt getting with my mate.

She finally made me feel the way I had made her feel when I went after other women during our ‘off’ periods. I was now on the receiving end, and it hurt.

While I could gloat and take pleasure in my other friends telling me that they never liked Sue to begin with, I find it more comforting to recognise my mistakes and own up to them.

These days I vow to take the harder option and voice my problems in a relationship rather than put them off until they bubble up and explode.

I will set boundaries with any future partner so there won’t be a repeat of the line crossing, one-upping relationship I had with Sue.

The truth is, I’ve realised that being selfish in a relationship only serves to damage you both.

Alex and Sue have already fallen into the trap of being in a relationship created upon a lie. They can make their own mistakes and I admit I get some pleasure from knowing their mutual friends don’t approve of their behaviour.

Sue is still my first thought in the morning and last before bed, and I would be lying if I said I wouldn’t go back to her even after all the heartache.

I am strong enough to say I want nothing more to do with Alex – I suspect I will hold a grudge for many months to come.

In a way, I suppose I should thank them. I have grown as a person after this ordeal and learned a lot.

Relationships are meant to be built on trust and mutual love, not mind games and point scoring to hurt the other person into loving you more.

*Sue and Alex are false names.

Metro.co.uk’s weekly The Truth Is… series seeks to explore anything and everything when it comes to life’s unspoken truths and long-held secrets. Contributors will challenge popular misconceptions on a topic close to their hearts, confess to a deeply personal secret, or reveal their wisdom from experience – good and bad – when it comes to romance or family relationships.