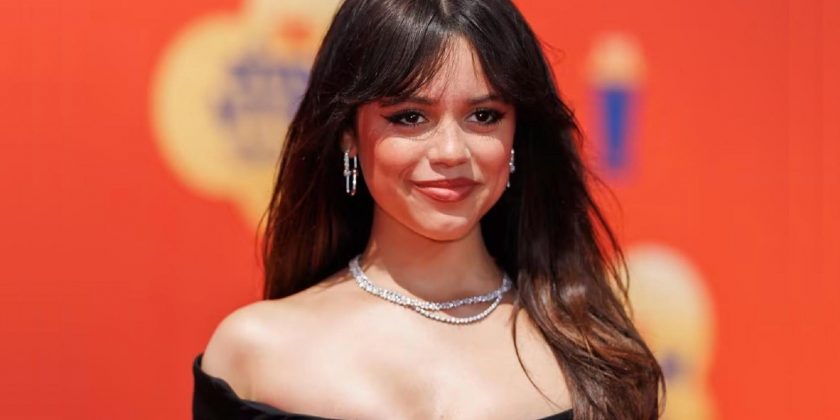 American actress Jenna Ortega first received mainstream recognition portraying the role of the younger version of American actress Gina Rodriguez’s character on the CW comedy drama series Jane The Virgin. She had a recurring role in the series which lasted for five years. The rising star of Hollywood began her acting career at a very young age. Now that she’s twenty years old, she finally achieved a major breakthrough thanks to the Netflix series Wednesday.

With over a decade long career in the entertainment industry, Jenna has already accumulated a net worth of $3 million. It might not be that much but she is just starting the road to stardom and she’s only twenty years old. The iconic series Wednesday has been trending these days and even became the most watched series on Netflix. Tim Burton’s series surely made Jenna Ortega achieve a great deal of success but how did the young lady started in the industry? Take a look at the rise of Jenna Ortega

Jenna Ortega, whose real name is Jenna Marie Ortega, was born on September 27, 2002 in California. Her father is Mexican while her mother has Mexican and Puerto Rican blood. She is the fourth child in the children of six. At a young age of six, Jenna has always been fascinated with the entertainment industry. By the time she reached the age of eight years old, she already started going to numerous auditions with her mother.

After two years of going back and forth to several auditions, some celebrities didn’t need to audition but Jenna had to. She finally booked her first acting gig in 2012 at the age of ten years old. Her acting debut was as a guest for the episode Baby Bug for the TV series Rob. Following her guest appearance at the TV show, she then appeared on the Unspoken episode of CSI: NY as Aimee Moore.

She finally made her debut in the big screen with a minor role as the daughter of the vice president in the film Iron Man 3. As soon as she finished filming for Iron Man 3, she went on the star in the second film in the Insidious franchise, the horror thriller film Insidious: Chapter 2. She played a supporting role in the film as Annie.

Since she started working as early as ten years old, Jenna never got to experience the normal lifestyle of a kid growing up. She has expressed regret on missing out on a lot of things normal people her age got to experience including a traditional high school experience as well as milestones a teenager including prom.

Making A Name For Herself In The Industry

Just two years after booking her first role, she was already thriving in the industry. In 2014, she joined the cast of the series Rake as Zoe Leon which was aired for five seasons from 2014 until 2019. At the time, she also played a recurring role on the romantic-drama series Jane the Virgin portraying as the younger version of the lead role Jane.

That same year, she starred in the comedy film The Little Rascals Save the Day as Mary Ann. The following year, she joined the main cast of the Netflix original series Richie Rich as the gold digger who loves spending Richie’s money, Darcy.

Roles kept on coming to the young star as she went on to star in numerous projects. She landed a lead role in the Disney Channel sitcom Stuck in the Middle in 2016 as Harley Diaz. The series aired from 2016 until 2018. The show was highly accepted by the audience and made her a familiar face in the industry. She also received an Imagen Award for her outstanding performance on the show.

Despite leading in a Disney series, she went on to join the cast of yet another Disney show Elena of Avalor in 2016. She was the voice behind Princess Isabel. The show aired for four years before ending in 2020. She won another Imagen Award for the show and was nominated for more award giving bodies.

With numerous projects already under her belt, she is starting to establish her career in Hollywood. In 2021, she starred in the high-school drama film The Fallout where she starred as the lead role Vada. Jenna’s acting was commendable. She received overwhelming positive feedbacks from the critics and viewers alike. Jenna Ortega’s films are mostly well received by the viewers and critics.

Luck and perseverance combined forces to put her up to the top. It seems that 2022 is the year Jenna Ortega is finally reaping the fruits of her labor. In 2022 alone, she has four films under her belt and one TV series. She starred in the 2022 horror thriller films including American Carnage, X, Scream and Studio 666. With all the horror films she did, she could be the next scream queen Vera Farmiga.

At the moment, she’s already making waves in Hollywood portraying the lead role of Wednesday Addams in the Netflix series Wednesday. She has gained massive popularity through the series and it seems like she’s not stopping any time soon in achieving stardom and success in the entertainment world.