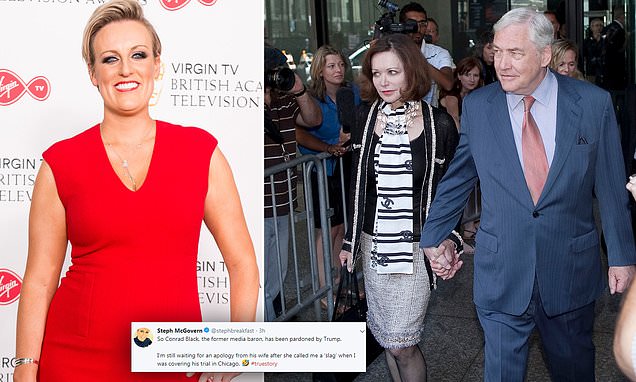 The presenter took to Twitter to reveal the ‘true story’ following the news that Canadian-born British citizen Black, 74, looks set to be pardoned by President Trump after being convicted of fraud in 2007.

Taking to Twitter, BBC presenter Steph, 36, revealed that Barbara Amiel, famously dubbed the ’empress of excess’, called her a s*** after the journalist reported on his trial in Chicago in March 2007. 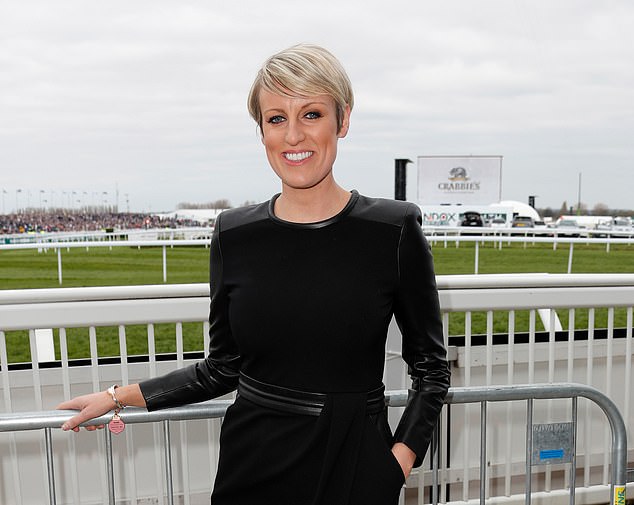 Catty: BBC Breakfast presenter Steph McGovern revealed to her followers on Twitter today that she was branded a ‘s***’ by Conrad Black’s wife Barbara Amiel during the ex Telegraph owner’s high-profile trial for fraud in 2007 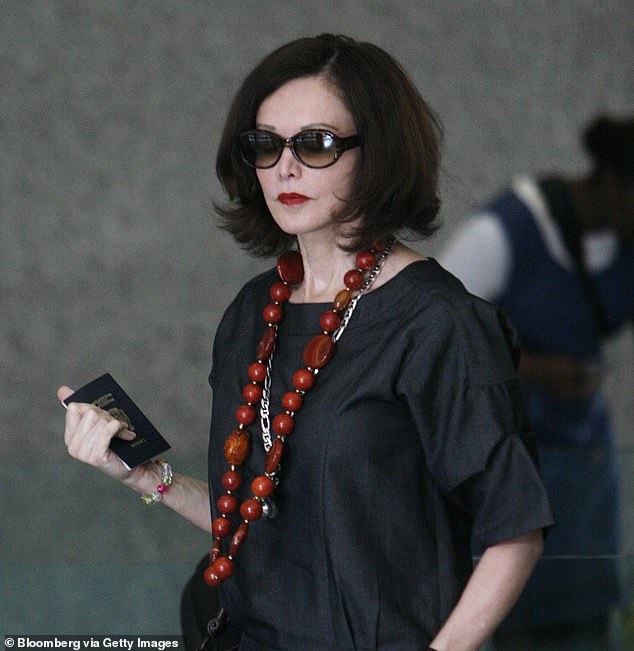 Barbara Amiel, now 78, pictured at the trial in Chicago in 2007 in which Black was convicted of siphoning away millions of dollars; it was revealed this week that the ex media mogul is set to be pardoned by Donald Trump 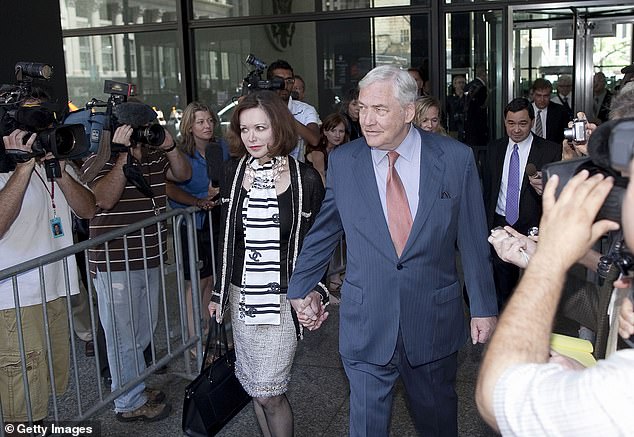 ‘Still waiting for an apology’: McGovern said the cat-calling by Amiel, known as the ’empress of excess’, was a ‘true story’ (Pictured: Black and Amiel in Chicago in 2010 after he was briefly granted bail)

McGovern wrote: ‘So Conrad Black, the former media baron, has been pardoned by Trump.’

She added: ‘I’m still waiting for an apology from his wife after she called me a ‘s***’ when I was covering his trial in Chicago. #truestory.’

Lord Black, who wrote a flattering biography of President Trump last year, revealed that he’d spoken to the US leader and would be pardoned for the fraud.

At the trial in 2007, he was convicted of siphoning millions of dollars from the sale of newspapers owned by Hollinger Inc and spent three and a half years in a Florida prison.

He was released on bail in 2010 pending a Supreme Court appeal but eventually returned to prison between September 2011 and May 2012, when he was released and deported to Canada.

Amiel, born in Watford, stood by her man and, prior to his downfall, was known mainly for her love of the finer things in life.

In a Toronto department store, the now 78-year-old once racked up $15,000 in a couple of hours, buying a clutch of bags full of shoes, dresses and blouses.

On Twitter, McGovern’s remarks garnered plenty of light-hearted reaction on Twitter. Money man Martin Lewis wrote: ‘Don’t know why but after hearing this I now picture her as the Gran in Catherine Tate!’ 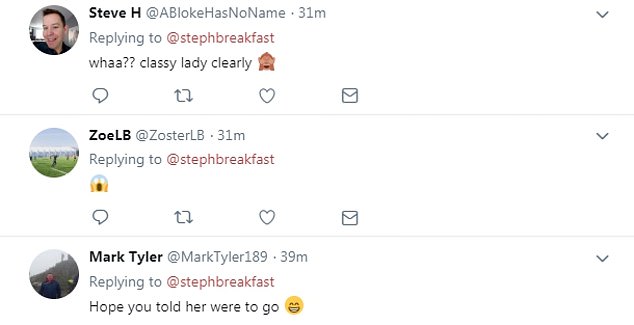 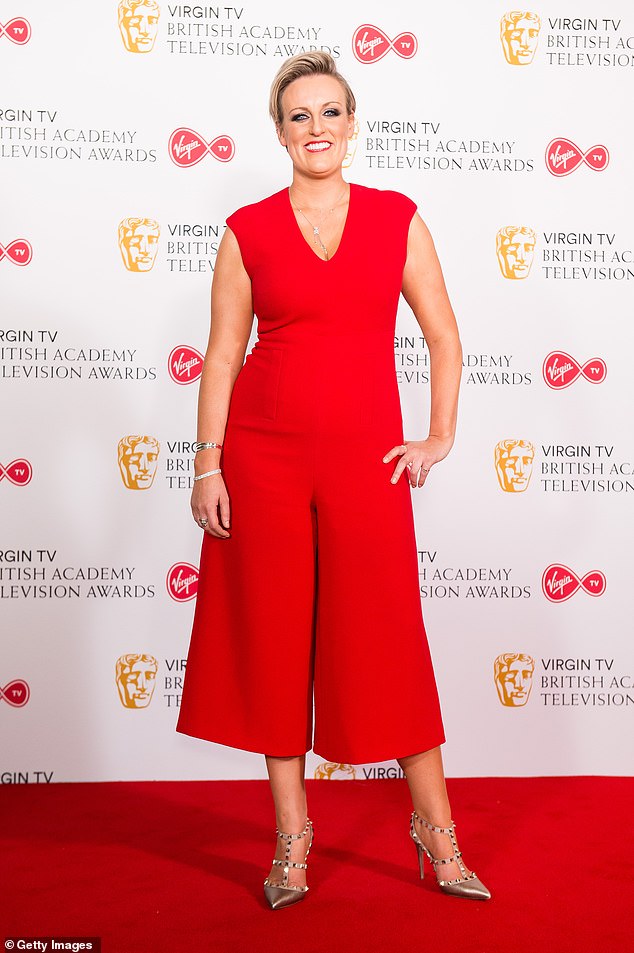 Followers suggested that the presenter, 36, might yet be waiting for some time before she receives an apology from Mrs Amiel 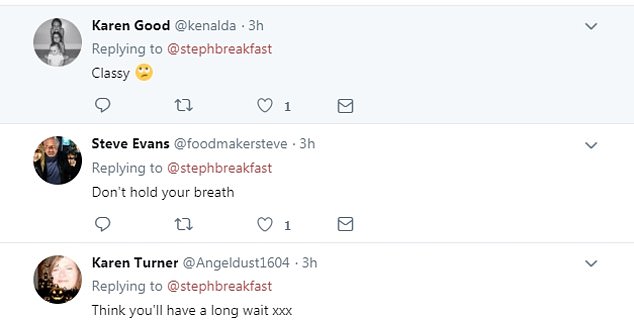 @CanineCluster added: ‘Surely class that as a badge of honour Steph.’

@DJTRacing suggested the presenter should publish her memoirs, saying: ‘You need to write a book @stephbreakfast then you might get one lol.’

Speaking to the BBC this week, Lord Black said: ‘The President phoned me on Monday of last week.

‘He said that he was going to give me a full pardon and that there would be a good deal of sniggering but that the White House counsel Pat Cipollone and his legal staff had gone through very carefully the submissions made on my behalf by Alan Dershowitz and a number of other lawyers and they concluded, and he authorized me to say this, that it was an unjust verdict, a bad rap and I should never have been charged, all of which is true.

‘The idea that I would commit a crime is nonsense.’

He added: ‘The whole thing was a complete sham from A to Z and now it’s over and the President has recognized that.’