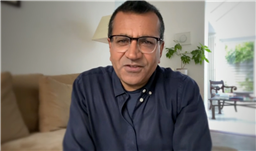 The BBC is today expected to publish the findings of an independent inquiry into the methods it used to secure a bombshell 1995 interview with Princess Diana.

Lord Dyson’s inquiry is set to conclude that Martin Bashir, the man who sat down with Diana for the Panorama special 26 years ago, used deceitful tactics to obtain the interview with Princess Diana, according to the Daily Telegraph.

Dyson has reportedly established that Bashir — a relatively unknown journalist at the time of the interview — forged documents, including bank statements, in order to win Princess Diana’s trust. This would have been a breach of the BBC’s editorial rules.

The retired judge is also expected to be critical of former BBC management over its handling of the controversial world exclusive interview, amid allegations of a coverup. BBC executives involved include former director general Tony Hall, who was the BBC’s news chief at the time.

Richard Ayre, the BBC’s controller of editorial policy in 1995, gave evidence to Lord Dyson. He told the Telegraph that he informed the former judge about the unacceptable nature of Bashir’s tactics.

“The use of deceit in making factual programmes would have been permissible only in the case of investigating serious crime… and where prima facie evidence of the guilt of that person being investigated had already been obtained,” Ayre said. “Those circumstances clearly don’t apply to an interview with the Princess of Wales. It would not have been acceptable to use significant deceit in this case.”

Former MSNBC anchor Bashir left the BBC last Friday on health grounds. It came just hours before Lord Dyson released a statement revealing that he had handed his findings to the BBC.

The inquiry follows Princess Diana’s brother, Charles Spencer, presenting the BBC with a “dossier” of evidence that cast new light on the tactics deployed by Bashir after he was originally cleared of wrongdoing by the broadcaster in 1996.

Prince William could comment on the findings of the inquiry. When the investigation was set up last November, Kensington Palace said: “The independent investigation is a step in the right direction. It should help establish the truth behind the actions that led to the Panorama interview and subsequent decisions taken by those in the BBC at the time.”