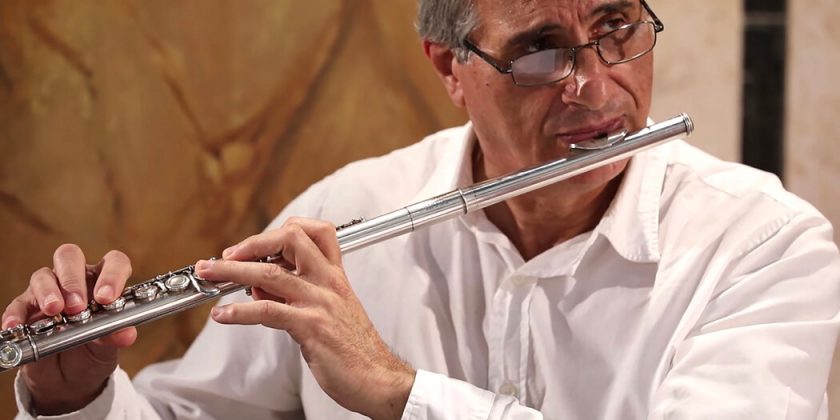 Bassam Saba, a prominent Lebanese musician who promoted Arabic music in the West before coming home late in his career to take over Lebanon’s national conservatory, died on Dec. 4 in Beirut, Lebanon. He was 62.

The cause was complications of Covid-19, his daughter, Mariana Saba, said.

He played with some of the Arab world’s major cultural figures, including Fairouz, the famed Lebanese songstress, and Marcel Khalife, the songwriter and oud player.

Mr. Saba was born on Oct. 26, 1958, in Tripoli, in northern Lebanon, to Antoine Saba, an oil company worker, and Delena Saba, a homemaker. He grew up in a household of amateur musicians; his older siblings taught him to play the nay.

He left the country as a teenager in 1976, the year after the start of Lebanon’s 15-year civil war, and studied music at the Conservatoire Municipal des Gobelins in Paris and the Gnessin School in Moscow before settling in the United States, where he lived in Northport, N.Y.

Ms. Saba, his daughter, said his love for Arabic music was infectious and he introduced the art to people whenever he could, once volunteering to teach her high school choir how to sing muwashahat, an Arabic genre of song that goes back centuries.

“I just remember how happy he was to do that,” she said. “He’s given so much without expecting anything in return.”

Ghada Ghanem, a singer, voice coach and friend of Mr. Saba, said he was among a handful of musicians who sought to elevate the standing of Arabic music in the United States, efforts that led him to co-found the New York Arabic Orchestra in 2007.

Mr. Saba returned to Lebanon in 2018 to serve as director of the Lebanese National Higher Conservatory of Music.

The conservatory was damaged in the huge explosion at the Beirut port on Aug. 4 that killed 200 people and caused widespread destruction.

Mr. Saba’s final performance, playing flute in a chamber piece by Telemann, was on Oct. 17 in a church in the town of Bsharri as part of an effort to raise money for the conservatory and other relief efforts.

Ms. Ghanem said he had caught the coronavirus at a conservatory board meeting three days later. “The day after the meeting, someone tells him, ‘I tested positive, take care,’” Ms. Ghanem said.

Along with his daughter, Mr. Saba is survived by his wife, Diala Jabner.

Ms. Ghanem said he was known for being down to earth despite his many musical accolades.

A parking attendant at the conservatory used to thank Mr. Saba incessantly for helping him receive a raise. Ms. Ghanem said, “I remember him telling me ‘Ghada, please tell him to stop trying to kiss me! You have to help me!’”