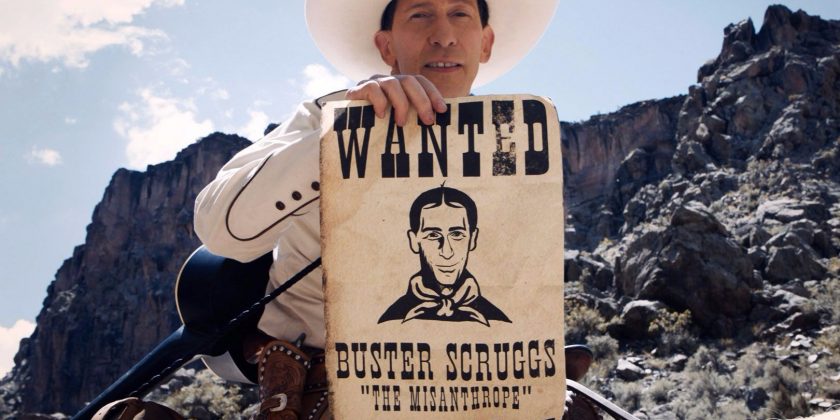 With “The Ballad of Buster Scruggs,” directors Ethan and Joel Coen venture to the frontier once more, after “True Grit” and “No Country for Old Men.” But this time, there’s only a little grit in this very slow country.

“Buster Scruggs” is episodic — appropriate for its Netflix home — so we follow a few Wild West characters for 20 minutes or so, and then we’re handed a whole stack of new ones. You’d think with viewers’ short attention spans and love of binge-watching, it would be the perfect format for today. But “Buster Scruggs” is mostly unengaging.

The first — and best — chapter is an almost-musical about the title character, a singin’ gunslinger (Tim Blake Nelson) whose sense of humor is as sharp as his shootin’. This tale comes closest to the blood-and-yuks style that Coen fans eat up.

From there, the storytelling becomes a little shoddy, pardner. James Franco plays a bank robber in a section that could be a scrapped “SNL” sketch. Tom Waits actually is doing Will Ferrell’s “I’m the prospector!” bit as he searches for a nugget of gold in them thar hills. And, in another boring scene, Harry Melling (Dudley from “Harry Potter”) plays a limbless traveling actor.

At this point, you might be tempted to head back East. But the next portion, “The Gal Who Got Rattled,” has real drive and direction. Zoe Kazan plays a young woman on a wagon train who’s promised to be married to a man she’s never met. What sells it is how simultaneously spooky and sweet big-eyed Kazan is.

The final part, “The Mortal Remains,” ends the movie with a fizzle, but it’s always a pleasure to see Tyne Daly, who plays a religious wife with secrets.

It’s also nice to take in the lush Old West scenery that looks epic even when the story is tumbleweed-dry. The folksy music by Carter Burwell is twangy and tuneful, too. But setting the mood has never been the Coens’ problem. This isn’t one of the brothers’ top-drawer films because there are too many dull stories and characters we don’t latch onto — just a series of Buster shrugs.