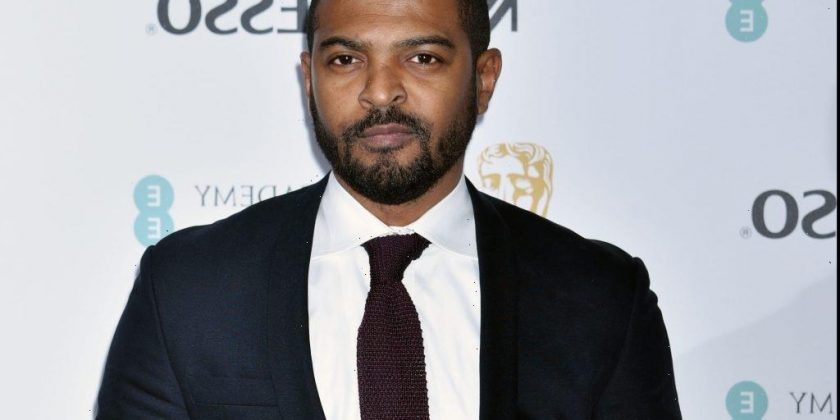 BAFTA has issued a lengthy statement to its members this morning following a backlash against its decision to award Noel Clarke an honorary BAFTA despite being made aware of misconduct allegations against the actor.

In a memo sent to members this morning and seen by Deadline, BAFTA said:

“You may have seen the story in today’s Guardian regarding BAFTA member and recent Outstanding British Contribution to Cinema (OBCC) award recipient Noel Clarke.

We are grateful that The Guardian was able to provide a platform where the victims were able to identify themselves, and to come forward and tell their stories.

As soon as The Guardian published firsthand accounts yesterday we immediately suspended the award and Noel Clarke’s membership of BAFTA until further notice.

We wanted to inform you of the background to this situation to give you the full picture.

To be very clear, we did not know about any allegations relating to Noel Clarke prior to the announcement of the OBCC award on 29 March.

We want to reassure you that we have treated this matter with the utmost seriousness, care and proper process at every stage. The BAFTA Board of Trustees has remained right across this matter, has met a number of times and are fully supportive of all actions taken.

The allegations against Mr Clarke are extremely serious and the behaviour they allege are contrary to BAFTA’s values and everything it stands for. But no matter how abhorrent these allegations are, they cannot be dealt with without due process. BAFTA is an arts charity that is not in a position to properly investigate such matters.

In the days following the announcement, BAFTA received anonymous emails of allegations in relation to Noel Clarke. These were either anonymous or second or thirdhand accounts via intermediaries. No firsthand allegations were sent to us. No names, times, dates, productions or other details were ever provided.

Had the victims gone on record as they have with The Guardian, the award would have been suspended immediately. Noel Clarke’s counsel received a legal notice to this effect. It was always very clear what our intentions would be.

We asked for individuals to come forward with their accounts and identify themselves, as they have done with The Guardian, but due to the anonymous claims and the lack of firsthand specificity, we did not have sufficient grounds to take action.

We completely understand why the individuals were extremely fearful to identify themselves to us, and we recognise how hard it is for victims to speak up. First, we encouraged them to report the incidents to their representatives, employers and/or the police. We then gave further advice as to which organisations could provide affected individuals with appropriate support.

Additionally, we were conscious of how hard it is to report these issues and as a result we put in place an independent, appropriately qualified person with whom the victims could discuss the issues raised in a safe and confidential environment.

The expert has a huge amount of experience working with individuals who have suffered sexual harassment, bullying and abuse and who understands the fear and reluctance of individuals to identify themselves. The expert is a leading advisor on establishing safe centres for women and is able to lead individuals through their different options. This process involved seeking advice on the correct individual, appointing them and fully briefing them. We wanted to ensure that we had the right person in place.

We acted as quickly and supportively as we could, even though we had only received the most generic of claims and no actual firsthand information to investigate allegations which were potentially of a criminal nature.

Having received the same anonymous emails, Noel Clarke contacted BAFTA, urgently requesting a conversation and sending numerous texts to do. We confronted him with the anonymous allegations, which he strongly denied.

Our lawyers have advised us every step of the way during this process to ensure we handled the matter correctly. Given that we did not have any of the personal testimony that The Guardian produced we were in an invidious situation and it would have been improper to halt the award at that point based on the extremely limited information that we had where the ultimate sources were unknown.

As you are aware, BAFTA has taken action against individuals who have been accused of similar behaviour in the past but in those cases we were able to do so because there was evidence that allowed us to take action.

We very much regret that women felt unable to provide us with the kind of firsthand testimony that has now appeared in The Guardian. Had we been in receipt of this, we would never have presented the award to Noel Clarke.”

The Guardian last night published an exposé containing both on and off-the-record testimony from numerous women who have worked with the Bulletproof and Star Trek actor on film and TV projects, with allegations ranging from inappropriate touching and sharing unwanted sexual images to secretly filming a naked actress during an audition.

Clarke vehemently denies the claims, some of which BAFTA was made aware of almost two weeks before they gave the actor his BAFTA for Outstanding Contribution To British Cinema earlier this month.

Since the article was published, BAFTA has suspended Clarke and withdrawn the award. But the organization has been facing a growing torrent of questions from industry and politicians over why it didn’t take more decisive action to investigate the allegations.

We reached out to the organisation last night and again this morning for further comment or explanation.

Yesterday, The Guardian reported that, “Lawyers for Bafta said the charity had no duty to investigate Clarke, but, in any case, it was never given any information to enable it to do so and at no stage was it in a position where it could even begin to consider investigating.”

Shadow Northern Ireland Minister Alex Davies Jones said late last night that “if BAFTA gave Noel Clarke an ‘outstanding contribution award’ despite knowing about the allegations against him then there are serious questions that need answering immediately”:

Labour MP Stella Creasy said there are some “very uncomfortable questions for BAFTA” following the article.

Safeguarding Minister Victoria Atkins told radio station LBC this morning that organisations need to look very carefully at the ‘conduct and behaviour’ of people they are giving awards to.

The backlash has also been sharp from industry. BAFTA-nominee Frank Cottrell-Boyce (The Railway Man) said on Twitter it is “time for BAFTA to answer some serious questions”.

Newsreader and broadcaster India Willoughby questioned why BAFTA “ploughed on” with the award:

BAFTA-winning producer Chris Hees said on social media that BAFTA “should be ashamed of themselves”:

Broadcaster Willoughby was one of many to wonder whether ITV will drop its Clarke-starring drama Viewpoint, which is airing this week.

Clarke has been dropped by all four of his U.S. and UK reps in recent weeks. All3Media, which backs his production company Unstoppable Film and Television, has launched an investigation.

After having to carry out a major review due to a lack of diversity in its awards and having faced claims of racism from an actress on one of its diversity schemes, this is the latest inclusion drama to engulf BAFTA.