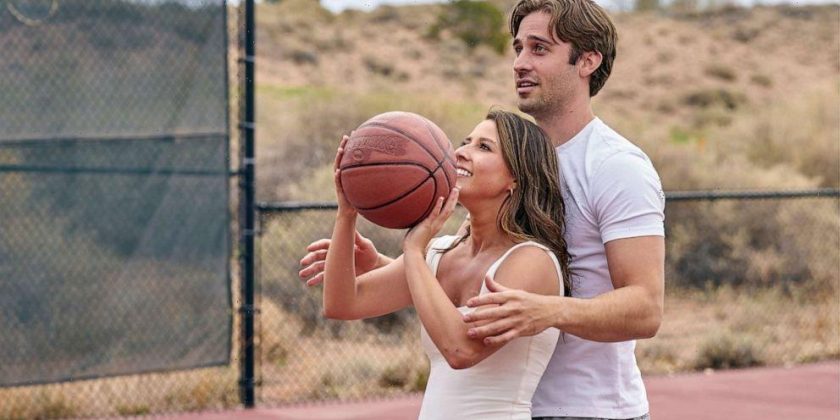 Monday’s episode of “The Bachelorette” opened with Katie about to meet the families of her three remaining suitors, but her attempts at being honest and straightforward backfire when one of them is pushed to his breaking point.

Once again, the COVID-19 pandemic prevented the men from showing Katie their actual hometowns, but each did his best to recreate some of the local flavor within the confines of New Mexico’s Tanaya Resort & Spa.

First up was Blake, who, once a bartender in his hometown of Ontario, Canada, took Katie to a mock bar where they drank maple syrup shots and tossed darts at a board covered in balloons — each one containing dares and questions they must answer in an effort to learn a little more about each other. They capped off the date with a game of street hockey.

Later, Katie met Blake’s mother, brother and sister — a crucial moment in their relationship for Blake, who hoped Katie’s ability to bond with his family would help him decide whether he’s ready to take the next step.

Katie, as she would do on all of her hometown dates, answered the question of whether or not she was in love with Blake by saying that she could see them “getting there.” That, she explained, was out of fairness to the other men. Aside from that, Katie was a hit with the family and the conversations went well.

When Blake and Katie parted ways for the night, he knew he had to tell Katie how he felt about her, but when the opportunity arose, he seemed to lose his nerve.

Ahead of Justin’s hometown date, we learned during a phone conversation between the Baltimore native and his parents that they would not be participating. They explained that while they would support him should his journey end up in an engagement with a woman he’d only known for a couple of weeks, they wouldn’t necessarily approve.

Standing in for Justin’s parents were two of his close friends, both of whom noticed his and Katie’s obvious chemistry. Still, they were concerned that Justin’s reluctance to be vulnerable, coupled with the fact that there are two other men vying for Katie’s heart, could leave their buddy with a broken heart.

Unlike Blake, Justin used his final moments with Katie before the next rose ceremony to tell her he was falling in love with her.

After a fun day that included a recreation of their romantic kiss in a fake rainstorm, Greg, a New Jersey native, introduced Katie to his mother, brother and friend. His two sisters weighed in via a video message.

One by one, they shared with Katie the grief Greg felt following the death of his father and their joy at finally seeing him fall in love. Their main concern was whether or not Katie felt the same way. Katie, while not saying she was in love, gave the strongest indication of her feelings about Greg by replying that she “really can” see herself marrying him.

However, the date — and potentially the entire relationship — went south at the end of the night. Greg expressed that Katie was the only one for him, but all he got in return was a guarantee that he would definitely advance in the competition.

“I can’t be there at the end if I don’t think it’s us,” he insisted, adding, “I just don’t understand how you don’t know … that it’s me and you at this point.”

“I just need you to trust in our relationship,” was her only response.

The following morning, Greg tried one more time to get Katie to say the words he wanted to hear, but again and again, he was met with the same response. Their long, emotional conversation hit a dead end with Greg insisting he was done with the competition.

The episode ended with Katie insisting she was done with “The Bachelorette” as well.

“So, what do you want to happen?” asked mentor Kaitlyn Bristowe, to which Katie answered, “I want someone to book my flight home.”

Is Katie’s journey over? We’ll find out when “The Bachelorette” season 17 finale airs Monday at 8 p.m. ET on ABC.